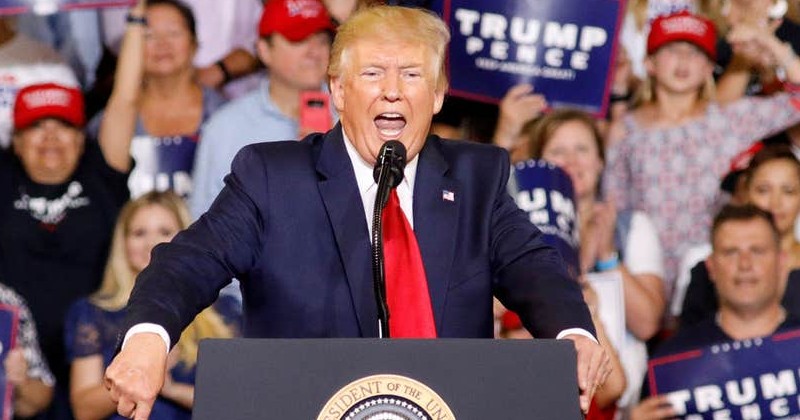 A House Democrat admitted to CNN that Donald Trump came out on top in his war with ‘the squad’ – acknowledging “the President won this one”.

Trump has been put on blast all week after tweeting that some Democrats, presumably Ilhan Omar – need to go back and fix the problems in their own countries before lecturing America.

This prompted ‘the squad’ to give a press conference denouncing Trump’s behavior as racist and at a subsequent Trump rally his supporters chanted “send her back”.

However, many Democrats are privately frustrated that Trump has pulled off a political masterstroke by making Omar – who has a favorability of 9% amongst swing Dem voters – the face of the party.

Some House Democrats are “quietly expressing” their concerns about how Trump has helped to ensure “far-left progressives have outsized influence in their caucus”.

As I explain in the video below, far from damaging Trump’s 2020 chances, the spat with ‘the squad’ was a stroke of genius.