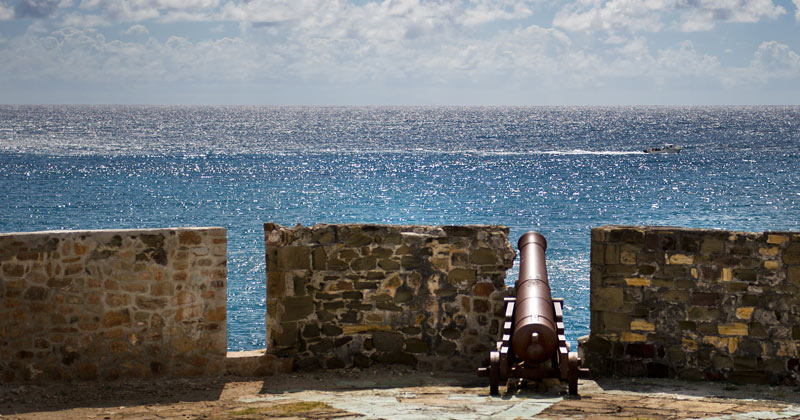 Recently a spate of prominent British companies apologized for their past involvement in slavery. Some have even declared intent to pay reparations. As private organizations these entities have the right to make their own choices on reparations.

Their stated reasoning, however, demands more scrutiny. The British government has not promised reparations to former colonies, but based on the astounding growth of the “church of wokeness,” political figures in coming months may be forced to suggest a reparatory agenda for the British West Indies or face cancellation. Conversations about slavery are emotionally taxing but inviting a bit of logic to the debate will not harm us. The argument for reparations rests on three claims: (1) Britain has a moral imperative to correct past injustices by compensating the descendants of slaves. (2) Slavery built Britain’s modern economy, hence reparations represent a just redistribution of wealth to former colonies. (3) Slavery retarded the development of the British West Indies, thus compensation is required.

The Problem of Identifying Victims

These sentiments evoke visceral emotions but collapse when scrutinized. The first assertion fundamentally misunderstands the purpose of reparations. Reparations should deliver redress to victims who endured atrocities. We often hear that Jews and Japanese Americans have been compensated for the tragedies they encountered and that therefore reparations for slavery are justified. But this is an inaccurate comparison on several fronts. In these cases the victims themselves, or their direct descendants, were the beneficiaries of reparations. Furthermore, both scenarios reflect acts of barbarism ordered by the state itself. The Holocaust was a genocide instituted by the German state and its agents. The wrongful internment of Japanese Americans was ordered by the US state itself (although the program was more or less declared unconstitutional by the US Supreme Court in recent years. In contrast, those who would presumably receive reparations under current proposals were never themselves enslaved.

An additional problem for West Indies slavery is the fact that many slave owners were not who they are now often presumed to be.

Slavery was so widespread in the West Indies that many owners were nonwhites. In describing the pervasiveness of slavery in Jamaica, R. Montgomery Martin (1854) notes that “the free coloured and black population of Jamaica included the owners of some 70,000 enslaved Africans.” Interestingly, the compensation paid to slave owners for abolition was indiscriminate along racial lines, and as a result, black and mulatto slave owners were duly reimbursed for the assault on their “property rights” brought about by the abolition of slavery.

Britain’s Economy Was Built by Slaves?

The second proposition is even more dubious. Quite undeniable is the claim that slavery was a source of capital for British industries. But what critics often forget is that had it not been for its superior institutions and its culture of trust, Britain would not have been able to generate gains from slavery and other enterprises. Even in the preindustrial era, Britain boasted high-quality institutions (i.e., market institutions, extended families, guilds) relative to contemporaneous societies. Some scholars have even posited that the absence of colonies in the Caribbean would have had a minimal effect on the economy. To paraphrase one study, without the trading opportunities offered by North America and the Caribbean, “the Industrial Revolution would still have looked much as it did in practice, since there were ready substitutes for the cotton, sugar, corn, and timber of the New World in Eastern Europe, the Near East, and South Asia.”

Notwithstanding compelling evidence against the case for reparations, activists are still invoking the thesis of Eric Williams, who argued that slavery generated the capital to fuel the British Industrial Revolution. But recent economic analysis rebuts this assumption. After assessing Williams’s thesis, economist C. Knick Harley makes the following observation:

If we believe as Williams did that the Atlantic economy made a central contribution to the subsequent Industrial revolution, it seems likely that the route through which this contribution came was the trade to the colonies of the northern mainland….In the absence of slavery, the northern settlements would have found alternative goods to sell into the Atlantic economy and their growth, and their demands for British manufacturers, seem unlikely to have been stifled.

Innovation and productivity explain economic growth, not slavery. Examining British economic growth from 1620–2006 researchers conclude that “innovative activity and population growth were economically significant determinants of per capita growth in Britain during most of the last four centuries.”

Meanwhile, there is a narrative in proreparation circles attesting that Britain is morally obliged to compensate the descendants of slaves because without slavery West Indians would be richer. Counterfactuals are interesting in historical research, but this one is essentially pointless, since there is an abundance of evidence indicating that these activists’ postulates are untrue. Black people residing in Jamaica and Barbados, for example, have higher per capita incomes and literacy rates than their counterparts in Nigeria and Ghana, whose ancestors were never enslaved. Yet this response is not particularly persuasive to activists. They often retort by arguing that if there had been no slave trade in the first place Africa would have been allowed to develop without European interference. They are only partially correct.

Research has shown that in the absence of the slave trade Africa would be richer but still not as developed as Europe. Moreover, the Great Divergence between Africa and Western Europe emerged before the transatlantic slave trade, as economist Marian Tupy aptly describes: “The origins of global inequality, which saw Western Europe…power ahead of the rest of the world, can be traced to the rise of the Northern Italian city-states in the 14th century and the Renaissance in the 15th century. By 1500, a typical European was about twice as rich as a typical African.” Studies further indicate that the quality of precolonial institutions also explains regional variations in development in Africa. The pressing issue of underdevelopment in Africa is more complicated than the continent being the victim of the transatlantic slave trade. Likewise, in policy circles it is well established that Jamaica, a leader in the quest for reparations, is plagued by crime, corruption, and low productivity.

It would be more appropriate for British activists and their supporters in the West Indies to direct their energies at solving real problems in the region, because it is obvious that slavery is not the cause of challenges in the contemporary Caribbean.