It seems that a unique moment in human history is at last coming to an end. Just a few short years ago, anyone who dared talk about the Council on Foreign Relations, the Trilateral Commission, the Bilderberg group or the Bohemian Grove as organizations through which the financial oligarchs wielded power was dismissed with that ultimate debate-ending phrase: ‘conspiracy theorist.’ Now, however, these secretive organizations and the corporate moneymen who pull their strings are finally allowing the public a glimpse behind the façade of representative democracy at the way elite institutions are really shaping global geopolitics. People are at last free to talk about how world politics are shaped by a few thousand of the ultra-wealthy and well-connected…provided, of course, those people are closely tied to Henry Kissinger and tend to think that global government is the best way of organizing 21st century society.

Happily for David Rothkopf (former director of Kissinger & Associates and unabashed globalist) his credentials make him the perfect candidate to write "Superclass," a tell-all of sorts that purports to expose the ‘new’ class of global elite who are able to influence the lives of millions around the world. Many of the organizations of influence cited by Rothkopf as lynchpin institutions in this global superclass system are already well-known to those researchers who have long claimed precisely the same thing as Rothkopf but whose work has gone unheralded because of that blacklist ‘conspiracy theorist’ label. Jim Tucker of American Free Press, for example, has been tracking down and reporting on the Bilderberg group for well over 30 years and has been dismissed as a ‘conspiracy theorist’ and a ‘right wing’ journalist by a BBC documentary for his efforts. Now, however, Rothkopf blithely admits that Bilderberg is a key planning event for the global elite and what was once unutterable conspiracist fantasy is now admitted as banal fact. (For more information on the ultra-secretive Bilderberg group and its importance in shaping world events please listen to Episode 044 of The Corbett Report podcast, Club Bilderberg).

In the year 2000, researcher and documentary filmmaker Alex Jones became one of only a handful of journalists to have infiltrated the ultra-secretive Bohemian Grove retreat—the summer camp of the super elite, nestled in the redwoods of California—and the first to sneak out footage of the bizarre occult Cremation of Care ritual, the mock human sacrifice which opens the two-week long encampement each year. Despite this incredible feat (documented in Dark Secrets: Inside Bohemian Grove) many detractors refused to believe the footage was authentic or that the camp was even attended by presidents and high-powered businessmen. Neither the copious photographic evidence nor even doctoral dissertations by sociologists analyzing the importance of the Grove to the elite who attend each year could convince the skeptics of the Grove’s reality or importance…until now, that is. Now with the flick of Mr. Rothkopf’:s pen the Grove has gone from the product of an overactive imagination to self-evident fact.

To say this is the end of a unique moment in history is no hyperbole. Perhaps no other civilization has ever managed to convince itself that it was free of a ruling oligarchy the way the American Empire has with its myth of the classless society. In other societies, the outward trappings of royalty, nobility or even tribal shaman are visible indications of the separation between the elite and the commoner. And surely no one suffering the clutches of a communist dictatorship bought the delusion that everyone is equal under such a system, least of all the peasants of the former Soviet Union who lined up for daily necessities even as their party leader ‘comrades’ were chauffered about in Western cars and dined in fine restaurants.

Somehow, though, America has managed to convince itself that the possibility of upward mobility offered by their supposedly free markets and ‘classless society’ has afforded them something unique in human history: a meritocracy free from the shackles of the feudalistic systems of old. In America, the lowliest pauper could pull himself up by his bootstraps to become as wealthy as a lord or lady; all that was needed was a good idea and the sheer determination to bring it to fruition. To some extent this is the founding myth of the modern capitalist system and as such has pervaded other modern industrialized societies, but Europe has always maintained the titles and trappings of nobility and royalty, and thus has never managed to rid itself of class consciousness the way America has.

This notion that American society is classless became the paradigm for talking about the U.S., a type of collective groupthink in which the idea of an organized, self-perpetuating oligarchy exerting control over the country was not allowed to be entertained. In this shared delusion, power accrued to large multinationals was all due to the hidden hand of the market directing customers to the most reliable, cheapest, best-produced products and everyone deserved what they were able to earn through the fair competition of like against like.

How exactly this delusion came about is a question of some debate. Surely the giants of American history had been under no delusion that the greatest threat to the Republic came from the financial oligarchs. Many might be surprised to learn that Andrew Jackson, when asked about his greatest accomplishment at the end his storied life, did not talk about his exploits on the battlefield but instead proclaimed “I killed the bank”—a reference to his victory over the moneyed interest’s much-hated Second Bank of the United States which sought to centralize control of the nation’s currency in the hands of the bankers. And a profoundly different history of the American civil war is waiting to be written by that brave historian—perhaps empowered by Rothkopf’s ‘groundbreaking work’—who chooses to acknowledge that Lincoln believed the greatest threat to the Union came not from the Confederates, but the bankers.

The process by which the moneyed elites convinced America that they didn’t exist is fascinating but extends past the boundaries of our current study. Suffice it to say that it can be traced to the same process whereby the great robber-barons of the 19th century attained their long sought-after prize of creating a privately-owned central bank, the Federal Reserve, in 1913 (click here for more information about the Federal Reserve). This was followed (not coincidentally) by the rehabilitation of these once-reviled family names—Rockefeller and Carnegie chief among them—through the transference of these families’ unbelievable fortunes into tax-exempt charitable foundations. In one fell swoop these fat cat industrialists—once the very image of evil and avarice, reaped a triple benefit: henceforth their names would be synonymous not with robber barons and swindlers, but with elite institutions, think tanks, universities, research centers, religious organizations and medical and agricultural aid to the third world. Secondly, their vast fortunes could be sheltered from taxation because of the newly created concept of the tax-exempt charitable foundation, a type of tax shelter available only to the elite of the elite. And thirdly, their money—beyond the wildest dreams of avarice of any individual or family—could now be funneled into directing the very course of American society, even as the corporate media owned by these very moneyed elites convinced the public that no such elite even existed.

It is hard, then, to underestimate the significance of events like the release of Superclass or this year’s unprecedented press release admitting not only the existence of but the timing and agenda of the 2008 Bilderberg conference. What do these steps mean, and how is the public being conditioned to accept this radical shift in worldview?

Fundamentally, the release of this information may be looked at as a form of damage control on the behalf of an elite that is reeling from the spontaneous, grassroots development of a truly independent citizen journalist movement empowered by the internet. What was virtually impossible even a decade ago due to the centralization and relatively high cost of media production and distribution has been brought firmly within the grasp of the average citizen through the internet revolution. Now everyone can become an author, journalist, documentary filmmaker or talk show host. This phenomenon has given rise to a new breed of journalist like We Are Change and news websites like Prison Planet and Old-thinker News willing to ask the questions that the controlled corporate media simply won’t ask their corporate paymasters. This has led directly to an increased understanding of the existence of an American elite and its exertion of control through instruments like the Bilderberg Group, the Bohemian Grove, the Council on Foreign Relations and the Trilateral Commission.

To counteract the opposition to elite control that an informed populous necessarily generates, the elite have little choice but to offer the pretence of openness and transparency about their existence and their control. However, they are attempting to use their control over the traditional corporate media to spin this revelation and to control its release. Thus, Rothkopf is allowed to admit the existence of a superclass of global elites…but only by promoting the elite’s agenda of global government. Those familiar with the elite’s Endgame know that a global government is indispensable to their assumption of total control over society. Through ‘ globalism’ the elite seek to wrest the last levers of control from the citizenry of the ‘free’ world by completely eroding national sovereignty and replacing it with a global corporatist tyranny administered by technocrats at the leisure of the elite. Using their old favorite ruse of controlled opposition, the elite hope Rothkopf’s portrayal of global government as the only way to contain the global superclass will work in the precise same way that the bankers pretended to be opposed to the Federal Reserve Act of 1913 that they had in fact drafted behind closed doors.

Likewise, the "American Friends of Bilderberg" can admit the existence of Bilderberg and talk about its importance in setting global policy by virtue of the fact that they also take care to explain the vital importance of these talks taking place behind closed doors with no public participation "in order to encourage frank discussion." The blatant absurdity of this explanation is easily unmasked when one rephrases that statement to read: It is vitally important that the citizens not know what their elected representatives are discussing behind closed doors with wealthy financiers and industrialists because if these discussions were to be public and these elected officials and head of state’s statements were to be known by the public they represent, they wouldn’t be able to make these backroom deals. Of course, the elite are counting on the ability to frame the debate by pushing their interpretation through press releases even as the journalists and heads of corporate media in attendance at Bilderberg are duty bound to keep any mention of the group or its discussions out of the corporate media.

Perhaps, then, the significance of this historical moment is at last revealed. For the first time, free humanity has at its disposal the necessary tools and resources to truly fight the global elite on a level playing field. All it takes is a computer, internet access and the willingness to ask the hard questions and come to the hard conclusions. The question is, is the public up to the task or have they been so effectively lulled to sleep by the corporate media and the dominant myths of our times that they are unable to even understand that they are at war, and that the global elite not only exists, but is their sworn enemy. 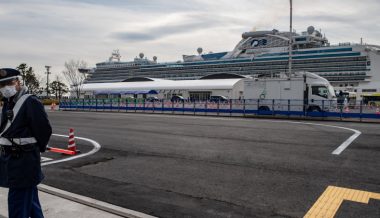 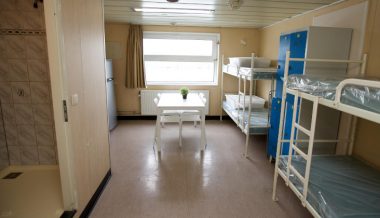