When Henry Paulson agreed to leave his job as chairman of the powerful Wall Street investment bank, Goldman Sachs to go to Washington as Treasury Secretary in 2006 he demanded extraordinary powers as de facto economic czar. He got it. Paulson is also head of the President’s Working Group on Financial Markets — the secretary of the treasury and the chairmen of the Federal Reserve Board, the Securities and Exchange Commission and the Commodity Futures Trading Commission. The Working Group is the financial world’s equivalent of the Pentagon war room. Paulson, not Fed chairman Bernanke, is the person running the Administration’s crisis management. And his recent actions indicate he has lost control as the snowballing problems from the semi-government mortgage companies Freddie Mac and Fannie Mae to the collapse of the multi-trillion dollar market in Asset Backed Securities (ABS) to the real economy are compounding into the worst crisis since the 1930’s Great Depression.

‘The US banking system is sound…’

In an eerie echo of President Herbert Hoover in 1930, during a Presidential campaign against Roosevelt, following the stock market crash and collapse of numerous smaller banks, Paulson recently appeared on national TV to declare "our banking system is a safe and sound one." He added that the list of "troubled" banks "is a very manageable situation." In fact what he did not say was that the US bank deposit insurance fund, the Federal Deposit Insurance Corporation (FDIC) has a list of problem banks that numbers 90. Not included on that list are banks such as Citigroup, until recently the largest bank in the world.

The statement is hardly reassuring. The California savings bank, IndyMac Bank which was declared insolvent a month ago was not on the FDIC list a week before it collapsed. The reality is the crisis created by "securitizing" millions of home mortgages into new financial instruments and selling the packages to pension funds and investors is unfolding like a snowball rolling down the Swiss Alps.

Indication of the lack of control is the statement just weeks ago by Paulson that "financial institutions must be allowed to fail." That was two weeks before Paulson went to Congress to ask for "Congressional authority to buy unlimited stakes in and lend to Fannie Mae and Freddie Mac." As I noted in my recent piece, Financial Tsunami: The Next Big Wave is Breaking: Fannie Mae Freddie Mac and US Mortgage Debt , those two private companies insured some $6 trillion worth of home mortgages, half the entire US mortgage debt. Paulson defended the request by calling Freddie Mac and Fannie Mae "the only functioning part of the home loan market."

It is well known on Wall Street that some of the largest financial institutions have huge undeclared problems with Asset Backed Securities they have valued far above their worth to make their books look better than they are. The names Citigroup, Lehman Bros., Morgan Stanley, even Paulson’s old firm, Goldman Sachs and of course the inventor of sub-prime mortgage securitization, Merrill Lynch, all hold a huge percentage of what are called Level Three assets, these being assets where no one is willing to buy but the bank declares their worth based on "fantasy." In short the value of those core financial institutions of the US financial system is massively overvalued compared with their value were they forced to sell into the open market today. In a sobering aside, readers should not expect any serious economic remedies for the crisis from a President Barack Obama. Obama’s National Campaign Finance Chairman is Chicago real estate billionaire, Penny Pritzker, who is heir to among other things the Hyatt Hotels. It was Pritzker together with Merrill Lynch ten years ago who first developed the model for securitizing "sub-prime" real estate, the trigger for the current Financial Tsunami crisis.

Already Citigroup has been forced to go to Dubai hat in hand and ask for billions in cash. After it announced it would not need more capital. Now Citigroup just announced plans to sell some $500 billion more assets to raise funds. Is Citigroup really solvent is the question sober investors are asking. Similarly Merrill Lynch raised $6.6 billion from Kuwait Mizuho, stated it was fine and weeks later had to raise still more capital. Morgan Stanley sold a 10% share of the company to China International Corp.

Behind the reassuring statements from Paulson and others that the "worst is over" the reality of the credit collapse since August 2007 is a deepening economic contraction which I have said several times in this space will surpass the Great Depression of the 1929-1938 period. A goof friend who is an unemployed homebuilder in a prosperous part of Arizona just sent me the following list of US department retail store closures. It is worth noting that over 70% of the US GDP is consumer spending and that the entire Federal Reserve strategy of Alan Greenspan after the March 2000 collapse of the stock market bubble, was to bring US interest rates to their lowest levels since the 1930’s in order to stimulate consumer spending on credit, i.e. debt, to avoid "recession." Note the scale of the following store closings across America in recent weeks:

Eddie Bauer to close more stores after closing 27 stores in the first quarter.

Cache, a women’s retailer is closing 20 to 23 stores this year.

Talbots, J. Jill closing stores. Talbots will close all 78 of its kids and men’s stores plus another 22 underperforming stores. The 22 stores will be a mix of Talbots women’s and J. Jill.

Wickes Furniture is going out of business and closing all of its stores. The 37-year-old retailer that targets middle-income customers, filed for bankruptcy protection last month.

Levitz – the furniture retailer, announced it was going out of business and closing all 76 of its stores in December. The retailer dates back to 1910.

Disney Store owner has the right to close 98 stores.

Home Depot store closings 15 of them amid a slumping US economy and housing market. The move will affect 1,300 employees. It is the first time the world’s largest home improvement store chain has ever closed a flagship store.

J. C. Penney, Lowe’s and Office Depot are all scaling back

KB Toys closing 356 stores around the United States as part of its bankruptcy reorganization.

Dillard’s Inc. will close another six stores this year.

For anyone familiar with American shopping malls and retailing, this represents a staggering part of the daily economic life of the nation, from furniture stores to clothing to video rentals to leather. The process has only begun and neither major party Presidential candidate has dared to mention this on the ground economic reality, because they evidently have no solutions to offer that would not jeopardize their campaign finances. Obama is tied to not only Pritzker but also to Omaha billionaire, Warren Buffett and George Soros. McCain depends on the traditional money contributions of the Republican Party which demand permanent tax reform for highest income earners and a pro-bank laissez faire treatment of millions of homeowners facing home foreclosure and asset seizure by banks.

Banks across the country have severely cut back on loans, fearful of bad debts. That has aggravated the consumer collapse documented above. Hundreds of thousands of real estate brokers, small and large bankers, furniture workers and salespeople, and construction workers are unable to find work. Jobs are being cut wholesale and those working are often on reduced hours. Car sales in June plunged by 28% for Ford, 18% for General Motors and even 21% for Toyota which will mean more layoffs in coming weeks. This will be the next wave of unemployment.

The economic reality is not reflected in official US Commerce Department or Labor Department statistics. There the data is constantly being "revised" to hide the grim reality in an election year.

My good friend, economist John Williams of California, has meticulously tracked such "data revisions" for more than 25 years and found the manipulation of reality so alarming that he founded an independent subscriber service titled "Shadow Government Statistics" (http://www.shadowstats.com/ ), where he makes best estimate calculations of the reality not the official mythology.

By Williams’ calculations the US economy first entered recession, defined as two consecutive quarters of negative GDP growth, at the end of 2006. Ever since, the recession has deepened, dramatically so in the past 12 months. Little known is the fact that the Labor Department also publishes six different unemployment statistics from U1, U2 through to U6 being the most comprehensive. The reported "official unemployment" is the very narrowly defined U3 which stands at 5.5%. However, as Williams notes, U6 is the real measure and that officially shows 9.7% unemployed. His calculations put the figure at 13.7% actually unemployed and seeking work.

The unemployed homebuilder from Arizona I mentioned above recently sent me the following personal note on the situation:

"Here is how it looks to people like me: Real estate dealings fuelled the economy in most areas of the country for the past decade or more. We’ve been in a market downturn for three years. We have seen the cost of doing business increase for builders, along with a big drop in buyers as everyone tightens their belts, or can’t sell existing homes. Many employers have gone under ending thousands of jobs. If they have a job people are worried about losing it. Driving long distances to work is not possible with gasoline costs double that of 2006. There has been a 40% drop in most peoples’ home equity worth. Many people are "underwater" on their homes, meaning they owe more than the market price is worth today. So many under-employed don’t show up in government unemployed statistics. Self employed like me never get counted."

The Arizona homebuilder continued, "Today nobody is building. Unsold home inventories are triple that of 2003. Banks no longer give easy credit for home buyers. Many realtors I know have gone two years without selling a home. Empty storefronts are becoming common. In many areas unemployment among construction trades people is 50% or more. Tens of thousands of illegal Mexicans who did most of the manual labor have returned to Mexico to find work. What now? Well, I do handyman projects of all sorts, big or small and make about 70-90% of what it takes to survive with a family of a wife and three young children. My savings make up the rest. That can’t go on for too much longer. We went from affluent and comfortable to nervous and broke with diminished opportunities in just three years. We used to be the middle class." 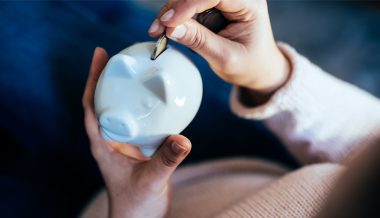