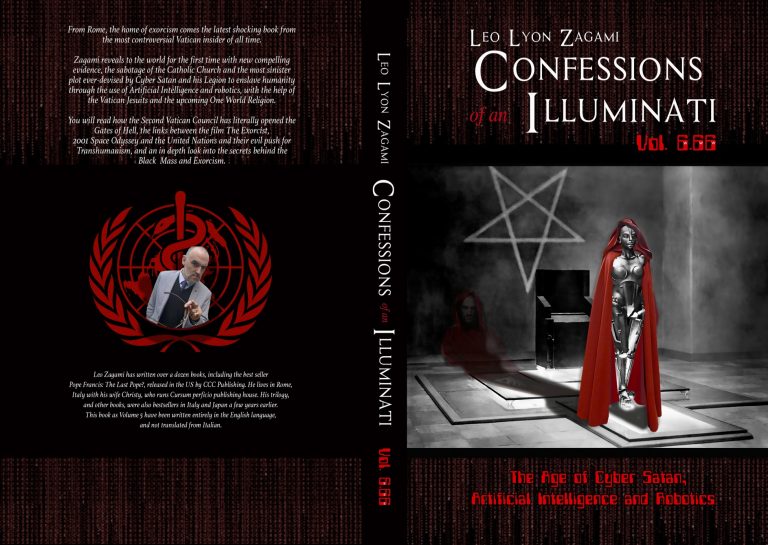 Finally, the news that Vatican treasurer Cardinal George Pell has been found guilty of child sex abuse charges has been made public. Of course, the conviction of Pell, the Vatican treasurer and Opus Dei leader who became a close adviser to Pope Francis, will send shockwaves through the church, which is already reeling from accusations of sexual abuse committed by its pedophile rings worldwide.

To understand better why Pope Francis defrocked Theodore McCarrick and not the powerful Cardinal Pell, I include a brief extract from my latest book Confessions of an Illuminati Vol. 6.66 and the chapter appropriately entitled, Cardinal Pell: Satan’s Little Helper :

The Holy See is losing control of their façade, and the last glimpse of honor was lost with Cardinal Pell’s arrival in Rome in 2014, after he was appointed by Pope Francis to be the first Cardinal-prefect of the newly created Secretariat for the Economy. In this new role, Pell was responsible for the annual budget of the Holy See and the Vatican, a position that needed an easily blackmailable figure, like him.

No wonder the Vatican is now facing the biggest economic fall, partly due to the ill management of many of their businesses, but also because of the increasing compensation request from victims of pedophilia. This situation forced Pell back to his native Australia, where he even devised a scheme back in the 90s, called the Melbourne Response, for his Catholic priest pedophile network, so they could all pay the victims a ridiculous amount, and continue molesting them at a cheap price.

At least one of them ended up suicidal due to the lack of support from the Church, and ABC news stated on the 29th of June 2017, that compensation for victims was capped at $50,000, and the process was widely criticised as offering inadequate support to victims. Strangely enough, when Pell arrived in Rome, Lord Christopher Patten (b.1944), immediately joined his team. This is the same guy the elite of the New World Order used to cover-up the increasing pedophilia scandals in the BBC, that included the infamous activities of the pedophile monster Jimmy Savile. Patten, who was Governor of the BBC Trust from 2011 when he was nominated by the Queen until 2014, and then went on to work with Cardinal Pell. Just a coincidence? Of course not, the pedo ring that rules the world helps their own! However, for three years, the victims of Cardinal Pell, and a few journalists and writers including myself, in the Italian edition of Pope Francis: The Last Pope?, have openly warned the Pontiff and the Vatican about the dark side of the Australian prelate.

Despite all this, Bergoglio appointed Cardinal Pell as his right arm for the economy, and a member of the elite group of nine, known as C9, the most influential Cardinals of the Church, now reduced to C6 after Pell and another two recently left. Despite evidence that Cardinal George Pell was covering-up for pedophilia in Australia and was possibly involved himself, the Pope went forward with placing him in one of the most important and influential positions in the Church today, where he lived a lavish lifestyle in Rome, often creating problems for Bergoglio’s image, who refused all criticism towards him.

After becoming an archbishop, Cardinal George Pell invited Opus Dei to establish themselves in Melbourne and then Sydney.  Under Pell’s patronage, “Opus Dei’s star was on the rise, it is said, and that of others — including other more established groups within the Church — is sinking,” Sydney Morning Herald’s religious affairs columnist wrote in January 2002.  This reporter saw “signs of a new elitism….a clerical culture is being encouraged in which there is a highly select ‘in’ crowd around Pell.”

Cardinal Pell  maintained a close relationship with Australia’s conservative PM, Tony Abbott, and his party for decades. Abbott served as the 28th Prime Minister of Australia from 2013 to 2015 and Leader of the Liberal Party from 2009 to 2015. He served as Leader of the Opposition from 2009 to 2013.  Days before Pope Bergoglio appointed Pell on April 13, 2013, to his exclusive “C8” group of Cardinals (later C9), who would advise the pope on “governing the Church,” Pell attended a “Gala Dinner” celebrating the Melbourne-based Institute of Public Affairs (IPA) an “ultraconservative think tank.” Illuminati media tycoon Rupert Murdoch was guest of honor and Abbott the keynote speaker in this event. (Murdoch was awarded a papal knighthood by Pope John Paul II for “promoting the interests of society, the Church and the Holy See.”) From Bergoglio’s point of view, Pell had sound business experience at his arrival in Rome.

READ THE REST OF THE CHAPTER IN THIS BOOK:

Leo Zagami is a regular contributor to Infowars and the author of the new groundbreaking book  Confessions of an Illuminati Vol. 6.66 The Age of Cyber Satan, Artificial Intelligence, and Robotics

OUT NOW ON KINDLE:

This article first appeared at LeoZagami.com.