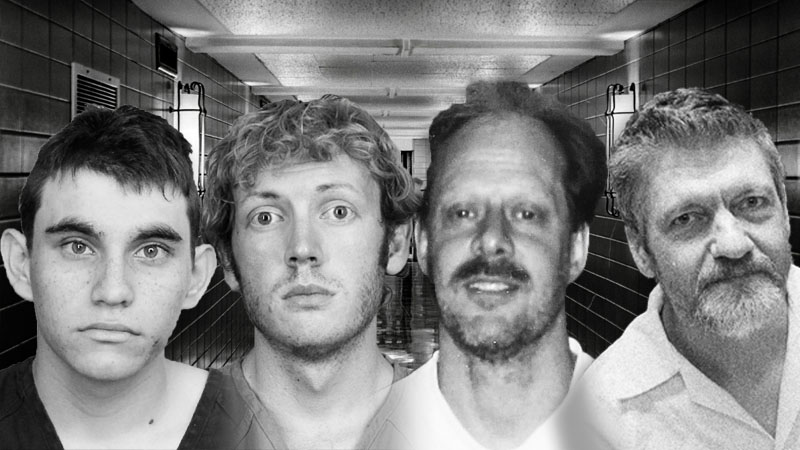 New questions about guns and mental health have surged to the front of the national debate in the wake of the Marjory Stoneman Douglas school shooting.

And, like several infamous tragedies in American history, the circumstances surrounding the shooting by 19-year-old Nikolas Cruz are turning out to be just as strange as past shootings and bombings.

But the one feature that the following incidents and killers all have in common can be explored in the declassified files of the CIA under the codename Project MKUltra.

MKUltra was a covert and illegal mind control program developed by the CIA in the 1950s which explored drugs and procedures to better interrogate enemies and psychologically dominate Soviet spies during the Cold War.

The CIA program has ties to a litany of unstable and violent killers who were born out of it, and Congress “officially” pulled the plug on Project MKUltra in 1973.

The program was so sensitive, individuals involved have been known to go missing or mysteriously die. One notorious example is CIA scientist Frank Olson who is now the subject of a major Netflix documentary.

Before getting into shooter Nikolas Cruz, let’s first examine some individuals who expressed tell-tale signs of being linked to government-mind control programs.

Paddock slaughtered 58 people and injured hundreds more from the 32nd floor of the Mandalay Bay hotel in Las Vegas in October 2017 using reneged automatic rifles and thousands of rounds before allegedly killing himself.

A call girl named Mikaela, who claimed she was seeing Paddock for $6,000 a night at Mandalay Bay, said he had reportedly been hearing voices and was paranoid he was part of a “government mind control experiment” in the days and months leading up to the shooting.

“There’s messages where Stephen is telling her he’s a government experiment and that they are listening to everything he says and does, and they can hack into his brain and take over,” Mikaela said.

A motive for the killing still has not been determined.

Holmes was charged with multiple counts of murder for shooting 12 people and injuring 70 others during a screening of “Batman: The Dark Knight Rises” at Century 16 cinema in Aurora, Colorado in July 2012.

He exhibited strange behavior during his court appearances, appearing “out of it,” drugged up, and disconnected from reality. And, even more strangely, the judge had approved the use of a “truth serum” to interrogate him if he pled insanity. 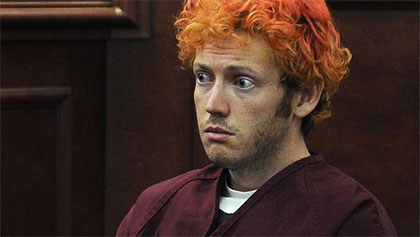 “Judge William Sylvester ruled that in the event of Holmes pleading insanity his prosecutors would be permitted to interrogate him while he is under the influence of a medical drug designed to loosen him up and get him to talk,” the Guardian reported. “The idea would be that such a ‘narcoanalytic interview’ would be used to confirm whether or not he had been legally insane when he embarked on his shooting spree on 20 July last year.”

Notably, Holmes was previously a neuroscience student at the Salk Institute of Biological Studies working on a computer program designed to alter mental states.

Most importantly, inmate Steven Unruh, who shared a cell with Holmes at the Arapahoe County Sheriff’s Office Detention Facility, claimed Holmes told him he was “programmed” to carry out the massacre by an “evil” therapist.

Kasczynski was sentenced to life in prison in 1998 for killing 3 people and injuring 23 others with bombs delivered by mail over a 20-year period, from 1978-1995. He did this as revenge against what he called the “industrial-technological system,” the 20th century societal framework he believed was destructive to mankind’s freedom, which he outlined in his manifesto Industrial Society and Its Future. 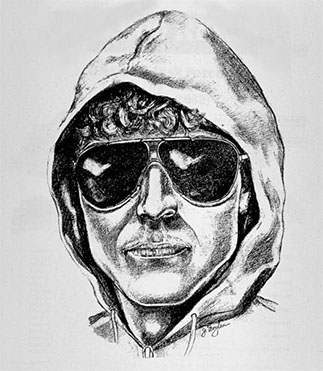 He was a child prodigy, having entered Harvard College at 16, and graduating with an MA and PhD in mathematics from the University of Michigan at 25.

During his tenure at Harvard, he volunteered himself as a subject for CIA/Harvard-backed mind control experiments in the late 1950s and early 1960s, having been fed doses of LSD, psilocybin, and other drugs under the direction of Sidney Gottlieb, the head of the CIA’s chemical division of the Technical Services Staff.

Sirhan Sirhan was sentenced to death (commuted to life sentence) for the assassination of Senator Robert F. Kennedy in 1968.

Like Holmes, Sirhan claimed he was drugged and that he didn’t remember the details of the shooting.

His lawyer Larry Teeter asserted Sirhan was a patsy and the real killer remained at large.

“There was no way Sirhan Sirhan killed Kennedy,” he said.

“He was the fall guy. His job was to get busted while the trigger man walked out. He wasn’t consciously involved in any plot. He was a patsy. He was unconscious and unaware of what was happening – he was the true Manchurian Candidate.”

His lawyers went on to file federal court documents in 2011, stating Sirhan maintains his innocence because he was the victim of mind control.

“[Sirhan] was an involuntary participant in the crimes being committed because he was subjected to sophisticated hypno-programing and memory implantation techniques which rendered him unable to consciously control his thoughts and actions at the time the crimes were being committed,” state the documents.

Cult leader Charles Manson was sentenced to life in prison for orchestrating the murders of actress Sharon Tate and six others in 1969.

He used heavy doses of LSD to brainwash his “Family” to commit the murders, which he believed would ignite an apocalyptic race war called “Helter Skelter.” 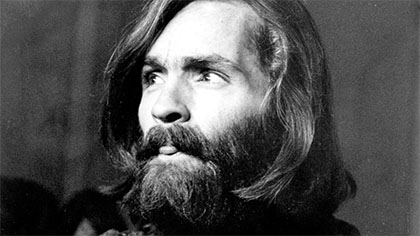 “The youngest member of the original Manson Family, Leslie Van Houten, a former homecoming princess from L.A., said Manson had brainwashed her and others with sex, LSD, constant readings from the Bible, repeated playing of The Beatles’ White Album and rambling lectures about triggering a revolution,” wrote the Hollywood Reporter.

Manson had a long history of experiences in jails and psychiatric institutions throughout his early life, as well as ties to Anton LaVey’s Church of Satan through Manson family member Susan Atkins.

To some, his relationships with Hollywood and Satanism, as well as access to powerful hallucinogenic drugs, suggest the involvement of intelligence agencies to bring down the rising hippie movement of the 1960s and manipulate culture.

U.S. Navy sailor Aaron Alexis shot and killed 12 people at the Washington Navy Yard in Washington, D.C. in 2013, which ended in his own death by responding police.

He suffered from post-traumatic stress disorder and paranoia, and “always thought someone was trying to hurt him,” said a friend of his in Fort Worth. 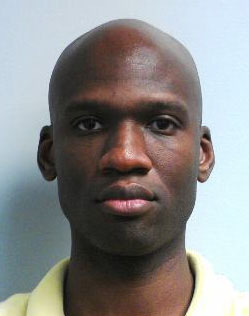 “He complained to police in Newport, R.I., about hearing voices speaking to him through the ceiling of his hotel room, seeking to penetrate his body with vibrations from a ‘microwave machine’ to prevent him from sleeping. He told officers that he had no history of mental illness in his family,” reported USA Today.

He also carved strange messages into the 870 Remington shotgun he used for the massacre, such as “My E.L.F. Weapon” (referring to low-frequency electromagnetic waves), “End to the Torment,” and “Better off this way!”

“Ultra-low frequency attack is what I’ve been subject to for the last three months. And to be perfectly honest, that is what has driven me to this,” Alexis wrote in notes later retrieved by the FBI.

Let’s now return to Cruz, who confessed to killing 17 people at the Marjory Stoneman Douglas high school on Feb. 14.

Cruz also has a history of trauma and emotional problems, was on some sort of medication, and had experiences with psychiatric facilities.

And interestingly, he said he heard “demonic voices” telling him to carry out the shooting, according to law enforcement officials.

“He is deeply troubled and emotionally he has gone through a lot in a short period of time with the loss of this mother,” said Gordon Weekes, chief assistant for Broward County’s public defender’s office. “This young man is deeply disturbed.”

“He is a broken human being, a broken child,” said his public defender Melisa McNeil.

Cruz shares similar features with the other listed killers that suggest mind control could be at play.

Like Holmes, Alexis, Manson, and Paddock, Cruz has unusual psychological issues. He is also medicated, and appeared to lack awareness of his situation, evidenced by his silence in the courtroom and blank expression when captured by police. 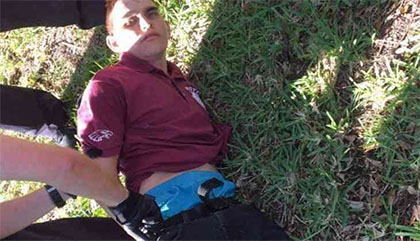 More telling is that the FBI knew Cruz was a threat to the public, but still stood down.

But what’s the endgame of all of this? Why would the government allow a handful of wound-up mentally disturbed individuals to snap and commit unspeakable crimes?

The answer: they serve as patsies who stoke a panicked environment for the establishment to manipulate the fears of the public to further a political agenda, ie gun control.

“Psychiatry IS a form of MKUltra. It operates according to a different plan, what I call the Johnny Appleseed approach,” wrote investigator Jon Rappoport. “Drop enough drugs into enough bodies, then stand back and watch the killings sprout here and there and here and there, across the land.”