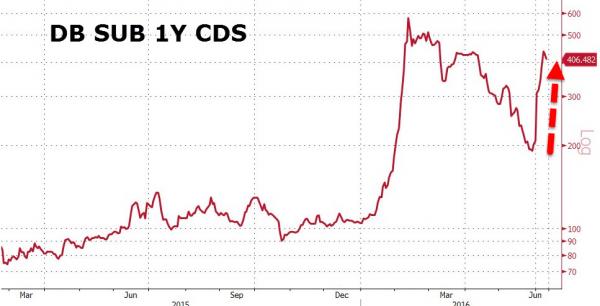 Deutsche Bank concerns just went to ’11’ as Bloomberg reports a number of funds that clear derivatives trades with Deutsche Bank AG have withdrawn some excess cash and positions held at the lender, a sign of counterparties’ mounting concerns about doing business with Europe’s largest investment bank.

While the vast majority of Deutsche Bank’s more than 200 derivatives-clearing clients have made no changes, some funds that use the bank’s prime brokerage service have moved part of their listed derivatives holdings to other firms this week, according to an internal bank document seen by Bloomberg News.

Millennium Partners, Capula Investment Management and Rokos Capital Management are among about 10 hedge funds that have cut their exposure, said a person familiar with the situation who declined to be identified talking about confidential client matters.

The hedge funds use Deutsche Bank to clear their listed derivatives transactions because they are not members of clearinghouses. Millennium, Capula and Rokos declined to comment when contacted by phone or e-mail.

Which explains why short-dated CDS is soaring.

“Our trading clients are amongst the world’s most sophisticated investors,” Michael Golden, a spokesman for Deutsche Bank, said in an e-mailed statement.

“We are confident that the vast majority of them have a full understanding of our stable financial position, the current macroeconomic environment, the litigation process in the U.S. and the progress we are making with our strategy.”

Clients review their exposure to counterparties to avoid situations like the 2008 collapse of Lehman Brothers Holdings Inc. and MF Global’s 2011 bankruptcy when hedge funds had billions of dollars of assets frozen until the resolution of lengthy legal proceedings.

As expected, Deutsche Bank stock in NY is sliding. 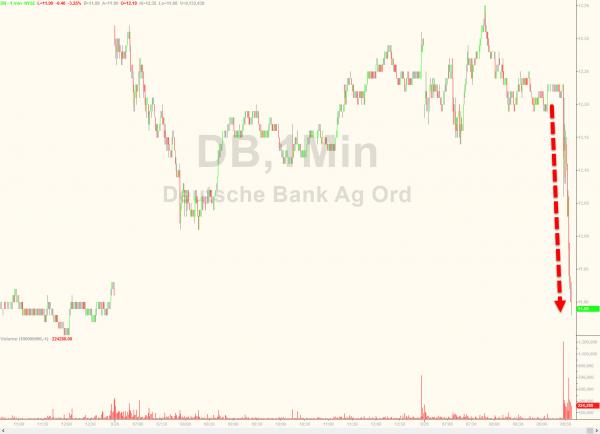 If the most sophisticated professionals in the world are withdrawing cash, why are German depositors leaving their life savings at risk… ahead of a long weekend in Germany (Monday is a bank holiday). 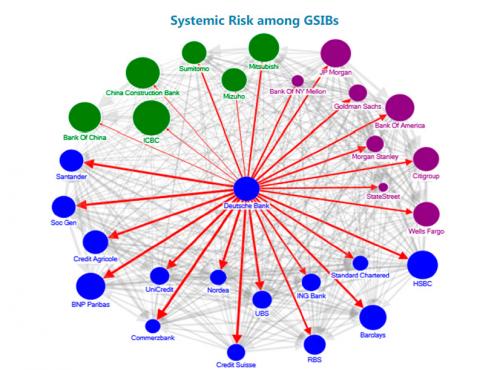 And US banks are sliding… 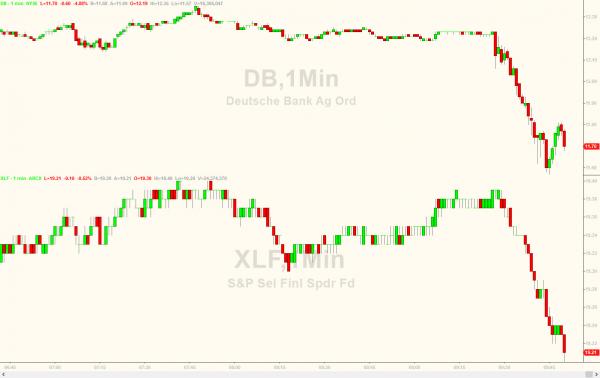 As a reminder, if the liquidity run forces DB to start unwinding or being forced to novate derivatives, it could get ugly. 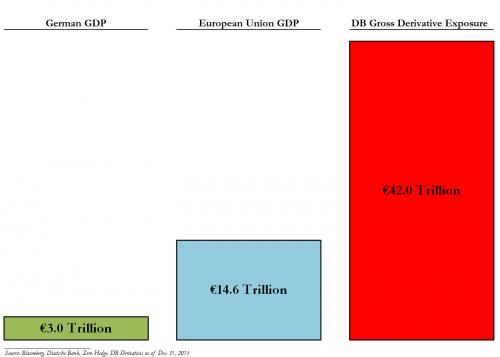 Those who have cash parked at Deutsche Bank, and at last check there was about €566 billion, they may want to consider moving it for the time being to a safer bank. 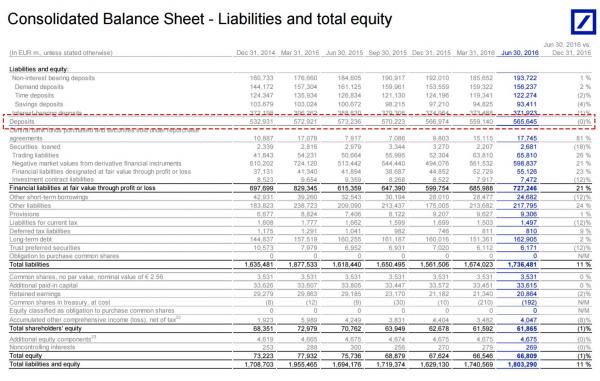 Earlier this morning, we reported that Europe is experiencing a sudden and acute dollar shortage, which we attributed to Deutsche Bank. It now appears this was accurate. Since Deutsche’s recent highs, the short-end of the EUR-USD basis swap curve has collapsed: 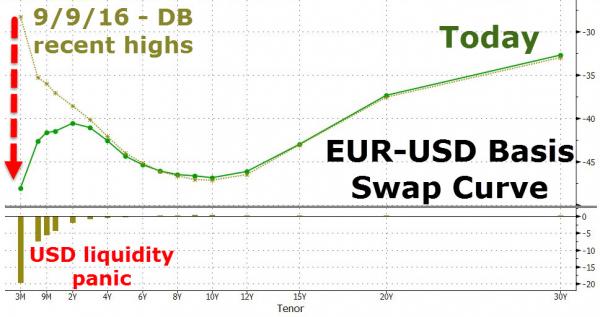 Simplifying – this chart measures the degree of USD shortage (willingness to spend money just to get USD now) across time – the lower the level, the more desperate for USDs.

And no, it’s not a quarter-end issue: 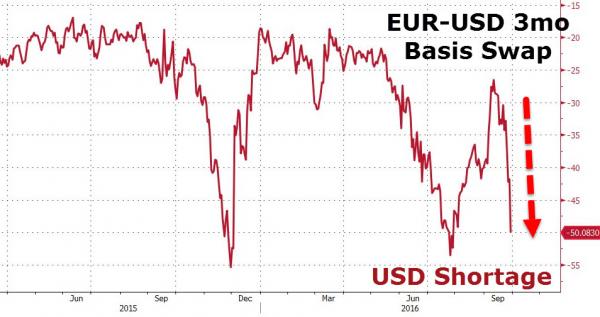 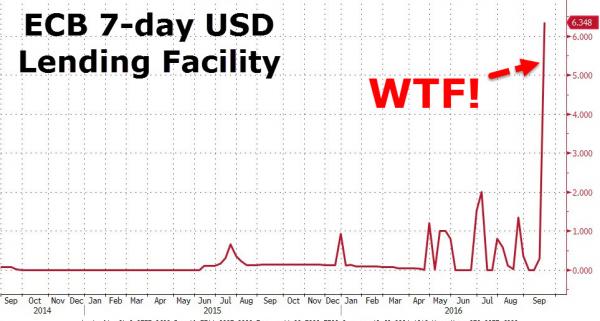 As @Landonthomasjr notes, since 2009: DB shareholders put up 13.5 billion euros in equity. DB has paid 19.3 billion euro in bonuses. Perhaps they should have saved some of that cash eh?

And liquidity concerns are exploding, ahead of Germany’s bank holiday on Monday.