There’s a sense of desperation in America today. Their jobs are being exported out of the country, their health insurance is being dropped by employers, their dollars are becoming increasingly worthless with each passing day and their futures don’t look very promising. They’re angry, frustrated and desperate, so they take to the streets and protest. Occupy Wall Street! Occupy The Fed! Take to the streets! 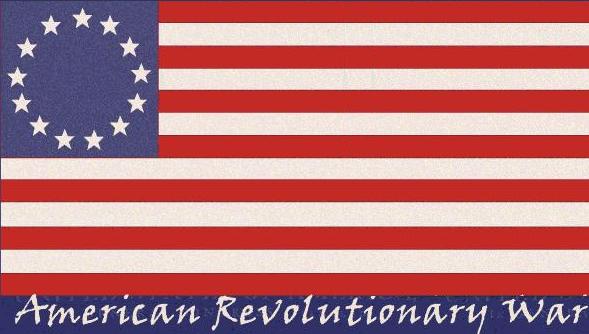 It’s the right thing to do, but what most protesters — and nearly all Americans — don’t fully grasp is that nearly every powerful institution is a criminal racket. It’s not just Wall Street that’s operated like a criminal mob, folks: It’s the U.S. Congress. It’s the health care industry. It’s conventional agriculture, the mainstream media, the processed food manufacturers, the government regulators and of course the entire military industrial complex.

Nearly everything around you is a criminal operation. The banks openly steal your homes while laundering money for global drug lords. The U.S. government runs illegal guns into Mexico while allowing cocaine and heroin back into the USA to be sold at pumped-up black market prices. The mainstream media broadcasts outright lies and complete fabrications as if they were fact. Much of modern medical “science” is complete quackery or fiction, funded by corporations for the purpose of expanding corporate power. The local water supply is intentionally contaminated with toxic poisons known as “fluoride,” and the local food supply is tainted with other dangerous chemicals like aspartame, MSG and BPA.

Your local hospital is almost certainly involved in a medical racket that seeks to insert high-profit medical procedure charges onto patient bills, and your local nursing home most likely throws granny in the hospital for a few days in order to get triple billing from Medicare upon their return. Doctors prescribe antibiotics because they get kickbacks from the drug companies, and the medical journals are little more than science whores who have been bought and paid for by the pharmaceutical industry. And don’t forget vaccines, which have become the pathway through which infectious disease is actually spread among the population using live viruses injected into innocent children (http://www.naturalnews.com/033447_I…).

Wake the heck up, people! Most of modern society is a giant con. Nearly every institution, every mega corporation, every government and nearly every politician or bureaucrat is really just a criminal mobster trying to steal your wealth or gain control over your actions and thoughts. Most institutions actually cause the very things they claim to be fighting against!

Why does the cancer industry promote cancer?

The EPA openly allows deadly toxic chemicals to be dumped into the environment (like mercury fillings from dental offices). The CDC actually promotes complete falsehoods about infectious disease in order to scare people into thinking everybody needs to get vaccinated. And then the vaccines are intentionally contaminated with live viruses in order to spread disease and make the CDC look even more important! (http://www.naturalnews.com/025760.html)

Meanwhile, the President is actively destroying the economic base of America, aided by feds who threaten business owners like Gibson Guitars which are only trying to manufacture quality American-made products. The purpose of all this? To destroy America’s economy from the inside out. It is intentional. It is being engineered. The U.S. economy is supposed to collapse by design, get it?

Beyond the economy alone, the entire “war on terror” is a complete and utter hoax, having been fabricated from the very start by government insiders. From 9/11 to present-day terror, it has all been a pathetic and cowardly string of fabrications and staged events for the sole purpose of destroying freedom in America.

Are you getting this? Nearly everything you’ve been told is a lie. Everything you hear on the mainstream news is either a complete fabrication or a wild distortion of reality. And the things you don’t hear on the evening news are the things that really matter — things like the fact that your money is being quietly stolen from you by the Federal Reserve.

Nearly everything you are told by the White House, or the FDA, or the EPA — or any government regulator — is a complete and total lie. There is no room for truth in a system of outright tyrannical lawbreaking. That’s what we have today instead of government: A cabal of criminal thugs who operate with impunity while violating laws with complete disregard for human rights or the Bill of Rights.

Watch this astonishing interaction between ABC News reporter
Jake Trapper and White House Spokesperson Carney, who completely excuses the Obama administration’s outright murder of an American citizen with absolutely zero evidence, no due process, no trial and no proper legal justification whatsoever:
http://naturalnews.tv/v.asp?v=1E3C8…

Why things are the way they are – the honest truth

Do you wonder why so many people are sick and diseased today? Because the health care system is designed to make you sick!

Do you wonder why so many people are bankrupt today? Because the financial system is designed to keep you bankrupt!

Do you wonder why you are still paying $3 or $4 per gallon of gas? Because the energy industry is designed to keep you enslaved to high-profit energy sources while oppressing free energy technology.

Do you ever wonder why the best innovations in medicine, free energy and human consciousness are always suppressed? Because the system is designed to destroy or censor any technologies that would lend themselves to longevity, freedom or increased awareness.

Do you wonder why America remains in perpetual war with an unseen enemy? Because the whole system is designed to operate in a state of perpetual warfare so that the people can be kept in a state of constant fear while being denied their freedoms.

This is why I invite you to join the revolution in whatever constructive way you can. Now is the time to make your voice heard, just as all those protesting right now are doing.

My only bit of wisdom to pass along in this regard is to make sure it’s your OWN voice and don’t let yourself be played by some organized globalist agenda that now wants to hijack the protests for their own nefarious purposes.

The essence of freedom is LIBERTY, honest money, private property rights and a system of law that applies to everyone.

YES, the globalist bankers are crooks. They probably deserve to be strung up in a public square somewhere, but even such actions should never be taken without due process and a proper trial. What’s really wrong with America today is that the criminal elements are running the show, from the White House to Wall Street. And it’s time the People demanded that EVERYONE abide by the Constitution and the Bill of Rights. After all, didn’t the President swear to protect it when he became President? So why does he now selectively ignore it?

The revolution happening right now is a revolution borne out of frustration, and although it seems to lack focus in the mixed messages heard on the street right now, it will soon coalesce into a call for justice and an end to the systems of tyranny that dominate the American landscape today.

The transition out of freedom and justice will be fraught with violence, I fear, and there will soon be Martial Law declared across our land. Be prepared for what’s coming, and have no illusions that the second American revolution is now at our doorstep. I only ask: What will you do with this opportunity? Will you stand for liberty and justice when it really counts?

Keep reading NaturalNews for more coverage of all this. And if you want to learn the latest preparedness information, I’ve just released a new course with Daniel Vitalis called The Surthrival Series (http://premium.naturalnews.tv/Surth…).