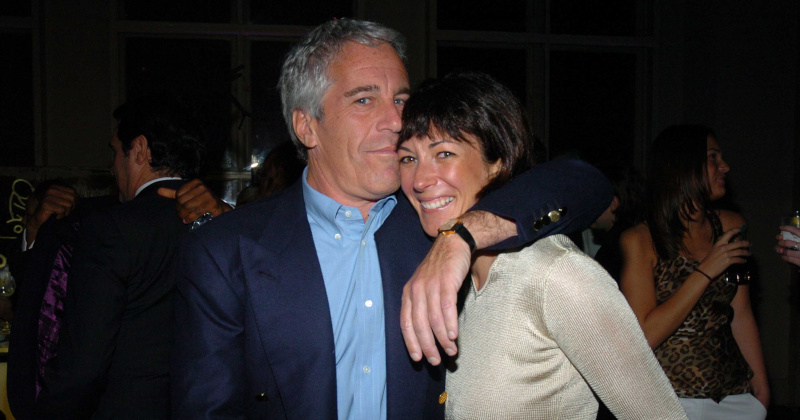 This is the first time Jeffrey Epstein and Ghislaine Maxwell’s connections to the Mossad have been highlighted by the controlled media.

An ex handler has claimed that Ghislaine Maxwell and Jeffrey Epstein were spies who used underage sex to blackmail politicians. https://t.co/bVgVSa6DpJ

From The Sun, “COME SPY WITH ME Ghislaine Maxwell and Jeffrey Epstein were spies who used underage sex to blackmail politicians,’ex-handler’ claims”:

GHISLAINE Maxwell and her paedophile lover Jeffrey Epstein were both Israeli spies who took pictures of powerful men having sex with underage girls to blackmail them, their alleged Mossad handler has sensationally claimed.

The pair allegedly ran a “honey-trap” operation where they would provide young girls to politicians in order to squeeze them for information for the Israelis.

The unsubstantiated claims have been made by Ari Ben-Menashe who claims he is a former Israeli spy.

Prior to his arrest in November 1989, Ben-Menashe was a high-ranking officer in a special unit of Israeli military intelligence. He would later claim that his arrest for attempting to sell American-made weapons to Iran was politically motivated, as he had threatened to expose what the U.S. government had done with the stolen PROMIS software if the U.S. did not cease providing Saddam Hussein’s Iraq with chemical weapons. Ben-Menashe was later acquitted when a U.S. court determined that his involvement in the attempted sale of military equipment to Iran was done on behalf of the Israeli state.

After his arrest, Ben-Menashe was visited in prison by Robert Parry, the former Newsweek contributor and Associated Press reporter who would later found and run Consortium News until his recent passing last year. Parry remembered that, during that interview, “Ben-Menashe offered me startling new information about the Iran-Contra scandal, which I thought that I knew quite well.”

Israel’s government immediately began to attack Ben-Menashe’s credibility following his interview with Parry, and claimed that Ben-Menashe had never worked for Israeli intelligence. When Parry soon found evidence that Ben-Menashe had indeed served in Israeli military intelligence, Israel’s government was then forced to admit that he had worked for military intelligence, but only as a “low-level translator.” Yet, the documentation Parry had uncovered described Ben-Menashe as having served in “key positions” and performed “complex and sensitive assignments.”

David Icke joins The Alex Jones Show to expose the long and parallel history of ancient bloodlines, satanism and pedophilia.
By the way, save money while improving your daily life by ordering the Change Your Life Trifecta Pack during our Cyber Week sales!

The former Prime Minister of Israel and the head of Israeli Military Intelligence, Ehud Barak, reportedly visited Epstein’s apartments repeatedly and entered into a “partnership worth millions” with Epstein in 2015. An Epstein-controlled company also reportedly donated $40,000 to Barak’s political activity.

Epstein’s alleged madam/handler, Ghislaine Maxwell, is the daughter of alleged Mossad agent Robert Maxwell, who has been dubbed “Israel’s Superspy.” 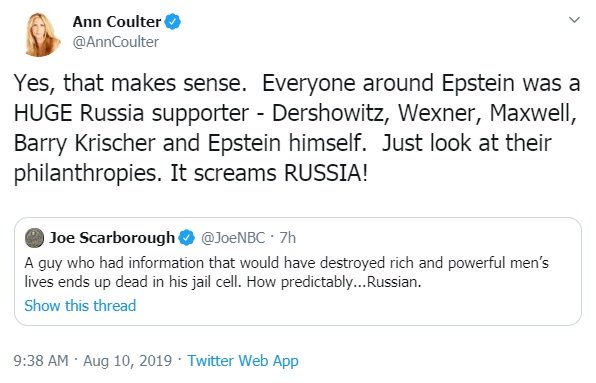 Former Palm Beach County State Attorney Barry Krischer, who was allegedly the man most responsible for shutting down the Epstein case, was recently given an award from the ADL. The ADL and their new spokesman Sacha Baron Cohen (who played a Mossad agent in his last role) are currently leading the charge demanding YouTube CEO Susan Wojcicki and Facebook CEO Mark Zuckerberg censor their critics. Many of the people pointing out the Epstein-Mossad connection have already been suspended and banned.

60 Minutes’ Lesley Stahl, who headlined a lecture for the ADL just two years ago, released a propaganda segment for CBS over the weekend pressuring YouTube to censor more right-wing dissident voices as “the private sector is not legally beholden to the First Amendment.”

Stahl scolded Susan Wojcicki for not censoring YouTubers more aggressively and told her: “You’re not operating under some freedom of speech mandate.”

Neo-liberals want to be the gatekeepers of your free speech. Only they the determine truth. No thanks. https://t.co/VgpYQOu6TE

Our ruling oligarchs are clearly in panic mode as all their propaganda narratives are collapsing thanks to social/independent media and are preparing to lash out with more heavy-handed censorship than ever.

We all need to embrace becoming early adapters and sign up for alt-tech platforms like BitChute, Gab, Minds, Voat and Telegram to make it through the storm.