After I wrote my last column, several Tea Party activists contacted me to let me know that they had not been “neoconned.” They made it plain in no uncertain terms that they would never support establishment neocon Republicans such as Newt Gingrich for the office of President of the United States. Most assuredly, I was glad to hear from these folks; I only wish my mail box had been swamped with such correspondence–it wasn’t! 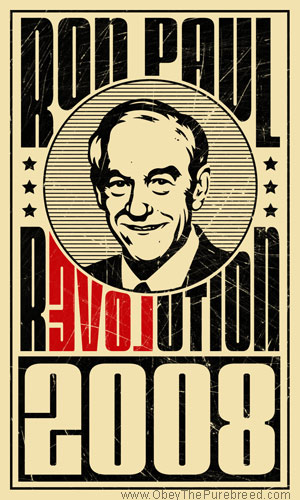 See my column at:

At this point, it may be helpful if I give a little history lesson. The Tea Party movement began in 2007 as a grassroots effort to support the 2008 Presidential candidacy of Congressman Ron Paul of Texas. I am proud to say that I was part of that effort. In fact, I actively campaigned for Dr. Paul in at least four states during that election cycle: Alabama, Florida, Iowa, and South Carolina. I was even honored to represent Dr. Paul in a major South Carolina GOP banquet, in which sitting US congressmen and senators were selected from around the country to represent most of the other Republican Presidential candidates. (I wish readers could have been a fly on the wall to witness the goings on at the speaker’s table during the banquet as these GOP congressmen and senators tried to figure out who I was, and what the heck I was doing there. It was quite a sight!) I well remember that, as I came down from the speaker’s platform, one US Senator told me that my promotion of Dr. Paul’s candidacy that night was the best presentation on behalf of the Texas congressman that he had ever heard. Since then, I have spoken at numerous Tea Party events and appeared on both local and national media outlets (and numerous private videos and recordings) discussing the merits of the Tea Party movement and promoting the candidacy of Dr. Paul.

We need to get this straight: the Tea Party movement was never about electing Republicans–especially neocon Republicans! The Tea Party movement began as a grassroots effort to reduce the size and scope of the federal government; to rid America of the oppressive tax burden under which it currently groans; to eliminate the Federal Reserve; to return America to sound money; to stop the federal government’s obsession with foreign entanglements and wars; and to return America to constitutional governance. And there was only one man within the two major parties that was going to bring about those changes in 2008: Congressman Ron Paul, which is why the Tea Party was birthed as a grassroots extension of his campaign.

Since then, however, many GOP shills and toadies have jumped on the Tea Party bandwagon and have attempted to redefine its goals and objectives, including many of the talking heads on FOX News. In truth, many Tea Party activists regularly look to Sean Hannity, Glenn Beck, Sarah Palin, and other “conservative” celebrities to champion their cause.

Need I remind everyone that Hannity has hardly ever met a Republican that he didn’t gush over. And I couldn’t count how many times we’ve seen Mr. Neocon himself, Newt Gingrich, on Hannity’s show. And as much as many people will cringe to hear this (and as much as I appreciate many things that Beck has to say), it was Glenn Beck who literally sabotaged a legitimate Tea Party candidate, Debra Medina, on his show. I would even dare say that Medina might have been elected Texas governor had it not been for the hatchet job Beck did on her. And as much as I like Sarah Palin for her fervent pro-life and pro-Second Amendment convictions, when it comes to foreign affairs, she is just another shill for the pro-war, military-industrial complex that has dominated US foreign policy since the days of Lyndon Johnson.

Now, here we are four years later. And, once again, the man who was responsible for the Tea Party movement coming into existence has entered the 2012 race for President. See the story, as it is reported in the National Journal:

Coinciding with his announcement that he was establishing an “Exploratory Committee” for his Presidential bid, Dr. Paul also launched his campaign web site, which is located at: