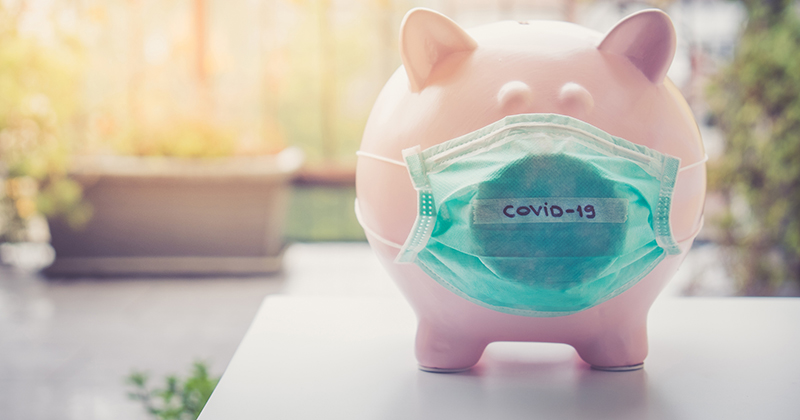 Are you prepared for the nationwide shutdown that is happening now to last for the next 18 months?

You may not believe that such a thing will happen, but the federal government apparently does.

A 100 page government plan marked “For Official Use Only // Not For Public Distribution or Release” was obtained by the New York Times, and it paints a very bleak picture of what is coming.

If the projections in this document are anywhere close to accurate, large numbers of Americans will die, the U.S. economy will completely implode, and we will see widespread civil unrest.

So let us pray that the assessments in this government plan turn out to be dead wrong.

Owen explores why the guidelines for sheltering in place may be inevitable.

According to the document, this coronavirus pandemic “will last 18 months or longer”…

A federal government plan to combat the coronavirus warned policymakers last week that a pandemic “will last 18 months or longer” and could include “multiple waves,” resulting in widespread shortages that would strain consumers and the nation’s health care system.

The 100-page plan, dated Friday, the same day President Trump declared a national emergency, laid out a grim prognosis for the spread of the virus and outlined a response that would activate agencies across the government and potentially employ special presidential powers to mobilize the private sector.

I can’t even imagine what our country would look like if current conditions stretched into the middle of 2021.

As a nation, I don’t believe that we would be able to handle it.

The document also envisions that there will be “critical shortages”…

“Shortages of products may occur, impacting health care, emergency services, and other elements of critical infrastructure,” the plan warned. “This includes potentially critical shortages of diagnostics, medical supplies (including PPE and pharmaceuticals), and staffing in some locations.” P.P.E. refers to personal protective equipment.

Of course there are already shortages of some drugs and of many basic consumer products such as toilet paper.

Sadly, things could soon get much worse.

Meanwhile, the overall economy continues to collapse at a staggering pace.  A former economic adviser to President Trump is now warning us that the U.S. economy could lose up to a million jobs this month alone…

Kevin Hassett, who served as a top economic adviser to President Trump until last summer, said Monday that the United States economy could shed as many as one million jobs in March alone because of layoffs and hiring freezes related to the coronavirus.

“If you have normal job disruption, and hiring just stops,” Mr. Hassett said, “you’ll have the worst jobs number ever.”

But if this pandemic continues to escalate, a million jobs lost will just be a drop in the bucket.

In fact, the National Restaurant Association is now projecting that their industry will lose “between five and seven million jobs”…

The National Restaurant Association is predicting the unprecedented carnage is only just beginning, on Wednesday writing a letter to the White House and Congress detailing an estimated $225 billion in sales will be wiped out over the next three months, crucially prompting the loss of between five and seven million jobs.

Remember, that is just one industry.

The retail industry is also being completely devastated as well, and we just learned that the largest operator of shopping malls in the United States is shutting them all down…

Simon Property Group, the largest owner of shopping malls in the nation, is closing all of its malls and retail properties because of the coronavirus outbreak.

The closings start at 7 p.m. local time Wednesday and the malls are expected to end March 29, the Indianapolis-based company said in a news release.

Of course they won’t actually open back up on March 29th if this pandemic continues to get worse.

If our society is being this disrupted now, what will things be like if the death toll becomes 1,000 times larger?

For years, I have warned that our economy was extremely vulnerable, and now that is becoming exceedingly obvious to everyone.  It certainly didn’t take too much of a push to burst all the bubbles and send everyone into a severe panic, and now the economy is collapsing at a pace that is absolutely breathtaking.

According to NBC News, state unemployment websites all over the nation are crashing because so many people are suddenly applying for unemployment benefits…

Workers who have suddenly found themselves without a paycheck because of the growing coronavirus pandemic in the United States are now dealing with another frustration — state unemployment websites crashing because of high traffic.

From Oregon to New York and Washington, D.C., officials and Twitter users have highlighted the problem after the mass closing of restaurants, retail stores and other businesses as part of the effort to slow the spread of the virus.

Tomorrow morning most Americans will wake up assuming that their jobs are safe.  But right now an increasing number of people are being let go without any advance warning whatsoever.  Here is one example…

Eileen Hanley was wrapping up her weekend and getting ready for the week ahead on Sunday evening when an email popped up in her inbox with the subject line “COVID-19 uncertainty.” It was from her boss at the small Manhattan law firm where she worked part time as a receptionist.

“We hope you are feeling well during this time,” the email began. Then it cut to the chase: The firm was losing revenue because of the outbreak, and it would have to eliminate “a number of positions,” including hers, “effective immediately.”

Things were tough during World War II, but it was actually a time when the country geared up and worked extremely hard to defeat the enemy.

But now economic activity all over America is being brought to a screeching halt.  In fact, we just learned that the three largest automakers have shut down all of their U.S. factories…

Detroit’s Big Three automakers plan to temporarily close all U.S. factories as the coronavirus sweeps across the country.

The companies bowed to pressure from union leaders and employees who called for protection from the pandemic that’s spread to more than 212,000 people in nearly every country across the globe.

As a nation, we would survive a 30 day shutdown.

But if life doesn’t get back to normal for “18 months”, we are going to witness a societal meltdown of epic proportions.

This week, investor Bill Ackman told CNBC that “hell is coming”, and he warned that unless the entire country is shut down simultaneously for an extended period of time “America will end as we know it”…

“What’s scaring the American people and corporate America now is the gradual rollout,” Ackman told Scott Wapner on “Halftime Report” on Wednesday. “We need to shut it down now. … This is the only answer.”

“America will end as we know it. I’m sorry to say so, unless we take this option,” he said. Ackman added that if Trump saves the country from the coronavirus, he will get reelected in November.

I believe that he makes an excellent point, but I would take it one step further.

If the entire world shut down for 30 days, this pandemic would quickly be brought under control.  If only the U.S. shuts down, it is inevitable that the virus would keep coming back into the country as the pandemic continues raging elsewhere on the globe.

Of course we aren’t going to get the entire globe to agree to shut down simultaneously for 30 days.

For a long time I have been warning that something would come along that would burst all the bubbles and trigger a horrifying economic meltdown.

Now it is upon us, but now is not a time for fear.

With God’s help, we will get through this.

But life is not going to go back to the way it was before.