Many in America are cheering the reported death of Osama Bin Laden, as it has finally occurred after years of military action, trillions of American dollars and the deaths of thousands of our men and women serving in the military. Many believe it is justification for the expenditure and are vehemently waving their flags and cheering our President and our military in the fervor of renewed Patriotism. Prior to the news of his death however, some these same people were starting to demand our military budget be stripped and those monies dedicated to a seemingly losing battle be spent at home instead. 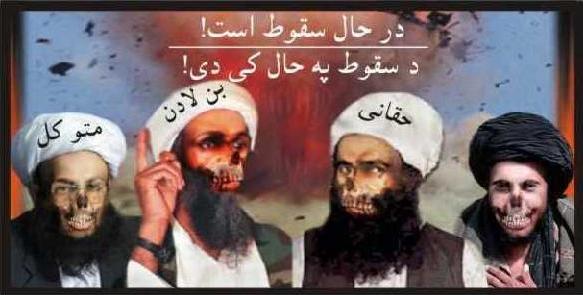 They have told us Bin Laden was killed after months of strategy to storm the largest compound in an affluent town of Pakistan. They told us that when he was killed he was buried at sea to respect Islamic tradition. They told us all this at a time when We the People were ready to rebel against our government that was putting all of our economic interests into the War Chest while defunding domestic programs.

On every news station and in every publication, the people are thanking our military for their efforts. They are telling us stories of 9/11 bravery and sacrifice and thanking our Government. The news agencies in force are heralding this action as a great day for Democracy and a day that was too long in the making. They say they now see the wisdom of the expenditures, the reasons for the intrusions of the Patriot Act and the deaths of our sons and daughters serving in the military. Now, with this wonderful news of the death of the 9/11 mastermind, we have finally fulfilled the promises of President’s Bush and Obama to avenge 9/11. Now, we have justification of all our efforts.

These same news sources are telling us there will most assuredly be an effort to avenge the assassination of Bin Laden so we must be as vigilant as ever in our National defense. More efforts to rout out the remainder of Al Qaeda will be needed and will most assuredly be necessary to combat this blowback at home. As a result, the Patriot Act will be renewed without resistance so we can all sleep soundly at night and safe from it.

Even if we assume that the news of Bin Laden’s assassination is real, it is now serving as justification for trillions of our dollars already spent on war, and justification for the continuation of the policies of the Patriot Act and its intrusion into our private lives. With the death of Bin Laden, we can all look forward to more of our sons and daughters dying, our privacy further intruded upon, deeper national debt and more of our freedoms surrendered to those who would have us all in chains.   The very saddest part of all this is how some of the same people who have been standing in condemnation of our Government’s military spending, while abandoning our poor and downtrodden, now salute them for their efforts; for the trillions of dollars spent on bombs instead of books for our children and homes for our poor. Now, they thank our government for being aware and resilient in their quest to destroy Bin Laden and, by proxy, Al Qaeda. Now, they understand the reason for the trillions of dollars gone to the War effort.

The lies leading up to this moment are plentiful. The fact that (even in the official story) Bin Laden might have attacked us after our government bombed the hell out of Baghdad, killing hundreds of thousands of civilians seems to have escaped the storyline in the congratulatory parade of misguided patriotism post-9/11 and that which we are seeing today on the news.

I commend and salute those men and women who put their lives on the line every day across this world, but it is a sacrifice only to propel the corrupt policies of our current government.