President Barack Obama’s authorization of air strikes on ISIS targets in Iraq serves as an opportunity to remind ourselves which countries are bankrolling the deadly terror group.

The answer; Saudi Arabia, Kuwait, Turkey and Qatar – three of the United States’ biggest allies in the region.

Last night Obama announced limited air strikes to slow the advance of ISIS fighters and help members of the Yazidi religious minority group who were forced to flee into a mountainous region in the north of Iraq to avoid slaughter.

However, the administration has failed to put pressure on several Gulf states that are directly responsible for helping ISIS gain a foothold in Iraq in the first place.

As the Daily Beast’s Josh Rogin documents, “The Islamic State of Iraq and Syria (ISIS), now threatening Baghdad, was funded for years by wealthy donors in Kuwait, Qatar, and Saudi Arabia, three U.S. allies that have dual agendas in the war on terror.”

In addition to funding itself through criminal activity and punitive taxes imposed on the local population on pain of death, ISIS relies on a steady stream of income from countries that have bankrolled extremist Islamists for years yet have faced zero backlash from successive White House administrations. Even evidence of direct Saudi involvement in 9/11 failed to generate any reconsideration of who America calls its friends.

“Everybody knows the money is going through Kuwait and that it’s coming from the Arab Gulf,” said Andrew Tabler, senior fellow at the Washington Institute for Near East Policy. “Kuwait’s banking system and its money changers have long been a huge problem because they are a major conduit for money to extremist groups in Syria and now Iraq.”

State backing for ISIS, now the wealthiest terror group in the world, prompted Iraqi Prime Minister Nouri al-Maliki to point the finger directly at Saudi Arabia and Qatar during a France 24 television interview. “I accuse them of inciting and encouraging the terrorist movements. I accuse them of supporting them politically and in the media, of supporting them with money and by buying weapons for them,” said al-Maliki.

In failing to call these countries to account for funding ISIS, the White House has deliberately placed the importance of isolating Iran and Syria over and above the stability of the entire region.

The White House is also directly responsible for the spread of ISIS militants having backed other rebel groups in Syria which were once allied with and then taken over by ISIS.

Indeed, some evidence suggests that the U.S. even trained some of the Islamists who went on to join ISIS at a secret base in Jordan in 2012.

Aaron Klein was told by Jordanian officials that, “dozens of future ISIS members were trained at the time as part of covert aid to the insurgents targeting the regime of Syrian President Bashar al-Assad in Syria.”

Yet another U.S. ally – Turkey – also trained ISIS fighters at a location in the vicinity of Incirlik Air Base near Adana.

According to a Shiite source close to Iraqi Prime Minister Nouri al-Maliki, the Obama administration turned a blind eye to the fact that Turkey was equipping and then sending fighters to Syria before they went on to Iraq. The source even went on to accuse the White House of being “an accomplice” in the ISIS takeover of major Iraqi cities.

Whether or not the “humanitarian” air strikes on Iraq are really aimed at stopping the terror wrought by ISIS, or are merely part of a ploy to create a justification for a long-awaited attack on Syria, the White House itself, as well as some of America’s closest supposed allies, all share some of the blame in aiding the growth of ISIS in the region. 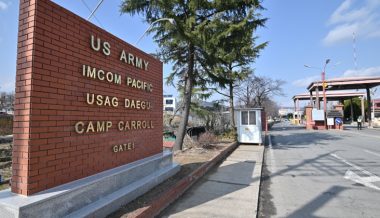