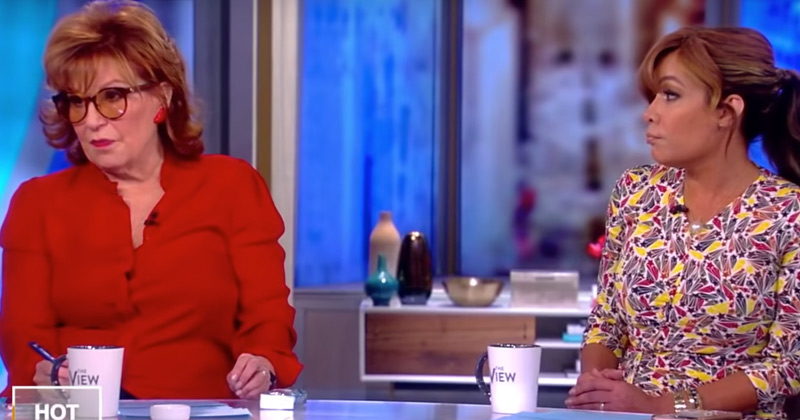 The morning talk show hosts on ABC’s The View have chosen their side in the Tulsi versus Hillary debate.

On Monday, hosts praised Hillary’s “dead on” attacks on Democrat presidential candidate Tulsi Gabbard, who Clinton called a “Russian asset” over the weekend.

“I mean honestly, Hillary’s been dead on with so many things,” said co-host Sunny Hostin. “She told us about Russia. She told us about the probable interference during the debates. She was Secretary of State. She has deep knowledge about world issues.”

“She hasn’t denied it! She hasn’t said anything in her tweets [like] ‘How dare you! That’s outrageous, of course I’m not!’ She didn’t say that. She’s just going after Hillary. And like you said, Hillary was right about almost everything,” Behar said, agreeing with Hostin. “She’s been exonerated with that nonsense that they pulled about her server already.”

Behar went on to call Tulsi a Russian asset, but an unwitting one.

“She’s a perfect foil. I don’t think that she wants to be maybe. I don’t know,” Behar said, adding, “She’s coming here in a couple of weeks so we can ask her.”

At one point, while co-host Abby Huntsman tried to argue Gabbard appealed to some Dems, Hostin quickly shot back: “No Democrat really likes her. That’s why she’s polling at 1.2%!”

… concerted campaign to destroy my reputation. We wondered who was behind it and why. Now we know — it was always you, through your proxies and …

… powerful allies in the corporate media and war machine, afraid of the threat I pose.

It’s now clear that this primary is between you and me. Don’t cowardly hide behind your proxies. Join the race directly.

“Hillary Clinton, I don’t know if you’ve heard of her, she’s the one accusing everybody of being a Russian agent. Anybody that is opposed to her is a Russian agent,” Trump said during a Cabinet meeting. “That’s a scam that was pretty much put down.”

“These people are sick,” he added, referring to the crowd of voices who continue to claim Russia colluded with his campaign to help him win. “There’s something wrong with them.”