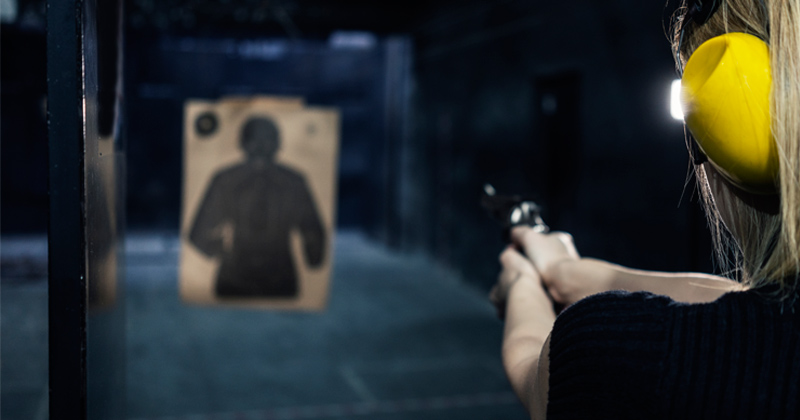 Last week, the Washington Post‘s editorial board came out against sanctuary cities.

No, not the kind of sanctuary cities that refuse to enforce federal immigration law. The Post‘s editors have no problem with that. Instead, the Post came out against the efforts by some local governments to oppose state- and federal-level enforcement of restrictions on gun ownership.

The Post didn’t go easy on these efforts either. The editorial likened the gun-owner sanctuary efforts to “vigilantism” and “frontier justice,” with the obvious implication being these people are one step away from organizing lynch mobs. Moreover, we’re told the movement is “nonsense fanned by mischief-makers with an agenda,” and will lead to “chaos.”

Recognizing the obvious double standard the Post is proposing for immigrant sanctuaries and gun-owner sanctuaries, the authors try to explain it all away:

The distinction between the two sanctuaries is basic. Localities that have passed resolutions declaring themselves Second Amendment sanctuary jurisdictions are threatening to ignore laws enacted by duly elected state legislatures and signed by governors. Immigration-focused sanctuary localities are breaking no law; rather, they are refusing purely voluntary cooperation in service to federal law enforcement.

Of course, whether or not local governments are breaking a law depends on each state’s constitution and the nature of “home rule” in each state. Indeed, in California, Judge James Crandall, appointed by Democratic Gov. Jerry Brown, ruled against California’s law mandating local enforcement of immigration law. Crandall argued the law was “an unconstitutional invasion into the rights of the city.” He also said “the operation of a police department and its jail is a city affair. For the state to say one size fits all for policing isn’t going to fit everybody.” This state law was enacted — to use the words of the Post editors — “by duly elected state legislatures.”

Several states, including Florida, have adopted laws that prohibit sanctuary cities. According to this source, at least one local government in Florida has declared itself a sanctuary for illegal immigrants. Shall we expect an editorial from the Post denouncing this flouting of state laws? That seems unlikely.

Moreover, since the Post is now coming out in favor of state and local indifference toward federal law, will the Post‘s editors be throwing their support behind state-level efforts to nullify federal Obamacare laws or federal gun laws?

Obviously, that’s not going to happen, and we should not expect any consistency on this from the Post. To anyone who is paying attention, it is clear the Post truly has a double standard here, and has been casting about for ways to justify support for one type of local nullification, while opposing a different kind.

Although this position on guns is certainly wrong, the Post‘s editors could at least have been respected for saying what they really meant. Instead, they fall back on a disingenuous claim that they support the law, and that anything else is “chaos.”

This ersatz conservatism was no doubt an attempt to appeal to people who fancy themselves as “reasonable” or “moderate.” Indeed many of these sorts of people continue to support the War on Drugs with nonsense about how we’re all obliged to follow clearly unconstitutional federal drug laws until those laws are changed. Nonetheless, the Post‘s approach is inherently dishonest and double-dealing.

A truly consistent position is to let states and locals decide for themselves on all of these issues.

If California establishes — yet again — that states can ignore and even inhibit federal arrests and prosecutions in the states, then it becomes all the easier for other states to refuse to enforce federal gun laws, federal drug laws, Obamacare, or federal mandates that states provide welfare programs and “free” taxpayer-funded services to non-citizens.

The only tool the federal government should have in these cases is to cut off funding. This is a very powerful tool, mind you, but it is also hardly a given that every state would face disaster if facing a cut in federal spending. Nor is this a one-way street. for political reasons, the federal government wants to spend money in the states just as much as the states want to receive it.

We should take this even further, of course, and support broad “home rule” powers for individual cities and counties, so they can decide for themselves what state laws to enforce, and which to nullify. Only by decentralizing and localizing political power can we hope to have laws that actually reflect to a reasonable extent the values of the local population. Radical decentralization also makes it easier for those who disagree with these policies to escape them through physical relocation. The alternative is more of what we already have: both state and federal governments impose the will of the majority in the legislature on the minority. Often, this is a near fifty-fifty split, yet we’re suppose to believe, for example, that all 39 million Californians in a place larger than Britain are obliged to follow state laws because, say, 51 percent of the population supports those policies. And if you’re in the minority? Tough luck, forever. Oh, and you’ll have to move hundreds of miles away to live under different laws.