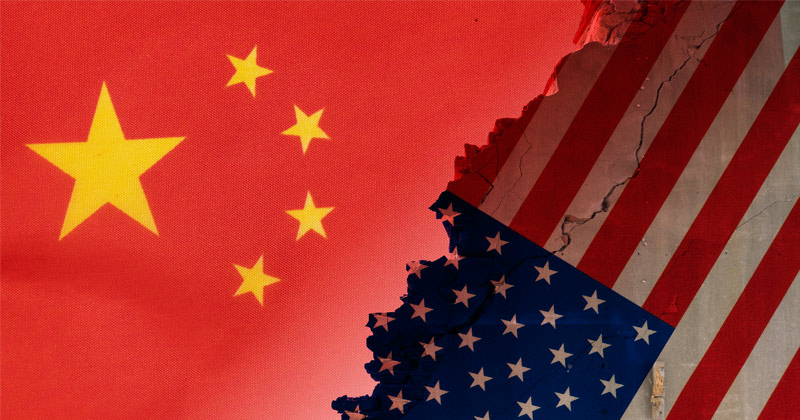 After unleashing a disruptive trade conflict with China, the Trump administration has also escalated the lingering “cold tech war” between the two rival powers.

Over the last two years, the US has passed new rules limiting China’s investments in the US, restricting bilateral information and communications technology (ICT) trade and controlling exports of sensitive and emerging technology to China. The US has also restricted research access and university exchanges with China and is aggressively lobbying international allies to lock the Chinese ICT leader Huawei1 out of US markets, suppliers, and global 5G networks. The radicalization of the US stance against China invites two questions: Has China become such a real threat to the West’s technological superiority? And who stands to win or lose from the heating up of the US-China “tech war”?

Shortly after the Soviet Union launched its Sputnik satellite in 1957 and seemed to lead the US in the race to be first in space, Murray Rothbard2 questioned the alleged superiority of Soviet centrally planned science. He claimed that science and technology advance best in a free market because governments cannot allocate resources efficiently in any activity, including research. He also emphasized that the outcome of centrally planned science in the Soviet Union was to replace scientific goals and criteria with political agendas, further reducing innovation efficiency. Rothbard concludes by advocating for a more free market stance in science and technology in the US rather than emulating the Soviet Union’s gargantuan state-supported scientific effort. Three decades later, the Soviet Union collapsed and history proved Rothbard right.

China is the West’s new technological challenger. However, China stands in contrast to the former Soviet Union as it began the transition to a partial market economy four decades ago. The communist leadership still keeps a tight grip on the economy via state-owned enterprises (SOEs), which play a key role in strategic sectors, four major public banks directing credit in the economy; exclusive land ownership by the state; and massive regulatory discretion of both central and powerful local governments. Yet, unlike in the Soviet Union, a buoyant private sector has emerged that accounts for about 60 to 80 percent3 of total output, contributes nearly two-thirds of the country’s growth, and accounts for about nine-tenths of exports and new jobs. In addition, the stock of foreign direct investment (skyrocketing from $186 billion in 1999 to $1.77 trillion in 2019 [United Nations Conference on Trade and Development (UNCTAD), 2020]) has been instrumental in moving China up the global value chains. Since China joined the World Trade Organization (WTO) in 2001, its share of global exports has risen about thre-fold and its share of global manufacturing has surged from below 10 percent in 2004 to above 28 percent in 2018 (graph 1). More important, China’s share of higher-value exports, such as machinery and electrical equipment, accounts for almost one-third of total global trade today (graph 2).

And yet the Chinese leadership was not satisfied with the rapid pace of the market-driven innovation progress and pushed for more government intervention to accelerate it. In 2015 it launched the “Made in China 2025” strategy, aiming at bringing China to the top of world economies in innovative sectors such as robotics, aerospace, and energy-saving vehicles. The plan builds on earlier government policies to spur “indigenous innovation” and relies on heavy government support for public and private investments in research and innovation and targets for local manufacturing content. It is not surprising that the large government funding brought R&D (research and development) spending above 2.2 percent of GDP in 2018, which is still less than in the US. China climbed in international innovation rankings, such as the Global Innovation Index (graph 3), and has also become the world leader for the number of patent applications filed,4 academic papers,5 and STEM graduates.6 However, most of China’s success indicators capture primarily the input effort, while the efficiency and quality of China’s innovation output remain questionable. China may have gone up the value chain relatively quickly, but, in many cases, the high-tech products it exports are only assembled in China by foreign multinationals like Apple, Intel, Foxconn, Cisco, and Samsung. Chinese leading ICT companies such as Huawei, Alibaba, Baidu, and Tencent are not technologically independent either. They must rely on key international inputs, such as higher performance chips. In addition, Chinese SOEs remain notoriously inefficient, heavily indebted, and a drag on the economy’s overall productivity. The World Economic Forum reports that SOEs hold about 40 percent of company assets in China but generate only about 20 percent of profits and are twice more indebted relative to their equity compared to private companies.

It is pretty clear why China’s interventionist push for technological autonomy and world supremacy has fallen short of expectations. First, “Made in China 2025” exaggerates the importance of innovation in moving up the value chain. According to Rothbard, production may be limited by technological knowledge, but it is even more limited by capital accumulation.7 The proof is the large pile of scientific ideas that remain idle because there are not enough factors of production to help them materialize. Second, subsidizing and championing key industries and companies distorts the market allocation of factors of production, hampers capital accumulation, and wastes valuable resources. Advanced economies are based on highly complex and interlinked production processes in which the whole structure of production must be capital intensive, not just a few chosen activities.8 Third, China’s autarchic industrial policy has reduced imports of equipment and technology, which has weakened the overall capital intensity of the economy, undermining its own efforts. Ultimately, China’s geostrategic ambitions and uncompromising political stance backfired and the country is facing an international boycott on sensitive technologies today.

Several arguments suggest that although China has reduced its tech gap with the West it nevertheless remains far behind. Despite the high number of Chinese patent applications, only a small portion are filed abroad due to higher cost, suggesting that the applicants themselves doubt the need to protect their rights in other countries (graph 49). With only 2.4 researchers per thousand employed, China has about four times fewer researchers than the US, and of these, 20 percent work for the government compared to only 5 percent in the US (Organisation for Economic Co-operation and Development [OECD] 2018). As a result, China remains a major importer of intellectual property. In 2018, China paid about $36 billion in royalties and licensing fees, recording a net deficit of around $30 billion compared to the US, which had a surplus of $73 billion.10 Only about 16 percent of the semiconductors used in China—a key component of electronic products—are produced domestically. Moreover, only half of those are manufactured by Chinese firms, which technologically are at least a decade behind their main competitors from Taiwan, the US, and Korea.11 Commercial aircraft is another sector where China has failed to deliver, given both the technical complexity of engines and avionics and the fact that an SOE was put in charge of leading the production breakthrough. At the same time, the heavily subsidized and regulated electric car sector, which is by far the world’s largest, with 1.2 million cars produced by over four hundred manufacturers in 2019, suffers from overcapacity (Kennedy 2020). Finally, China’s GDP per capita and associated productivity was still only about 15 percent of the US level12 in 2019, reflecting much lower capital endowment13 and technological knowledge.

If China is much less of a technological threat than it seems, then what explains the drastic reaction from the US government? The US anti-China campaign is not guided by market principles, but by fighting mercantilism with mercantilism and reluctance to recognize the reality of a multipolar world. Unfortunately, this is not to the benefit of innovative US businesses. The latter make dozens of billions of dollars by selling technology and licences abroad every year and government restrictions would reduce their revenues and incentives to innovate. The US Semiconductor Industry Association has already spoken against the possibility of losing access to manufacturing in China by arguing that this would reduce the US international competitive edge at the high-value end of the supply chain (Hammer 2020). A survey conducted by the American Chamber of Commerce in Beijing showed that for hundreds of US companies in China the issues of forced technology transfers and weak protection of intellectual property—alleged reasons for the “tech war”—are relatively negligible and the situation has notably improved. In general, very few US companies plan to relocate out of China. As a final point, Danni Rodrik noted that economists complaining about China’s damaging industrial policy are not very consistent when they either claim that market intervention does not usually work or argue in favor of emulating China’s approach. After all, trade and tech protectionism are convenient instruments to mask the bad effects of labor regulations and inefficient welfare states in the Western economies.

“Experience teaches man that cooperative action is more efficient and productive than isolated action of self-sufficient individuals.”14 This is how Mises introduces the concept of division of labor in his magnum opus, Human Action. Labor division and specialization (both within country borders and internationally) are more beneficial than autarchic production for all individuals. This is not limited to the production of goods, but applies also to the production of scientific ideas and innovation. Government interference with international specialization in innovation and trade can only reduce capital accumulation, productivity and living standards in the long run. That is why the US-China “tech war” can have no winners, but many losers.