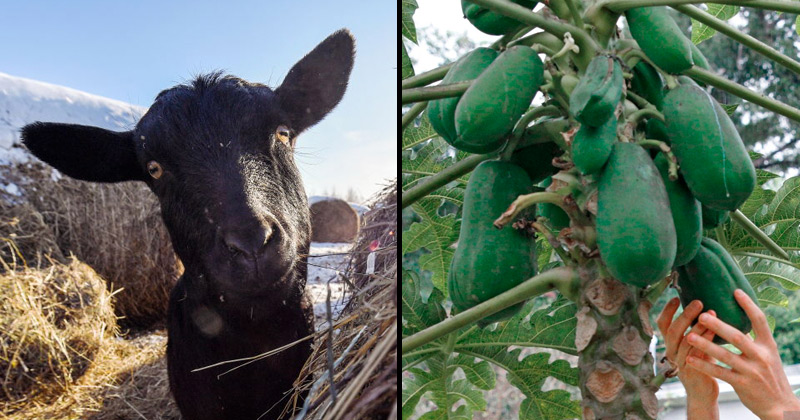 The president of Tanzania has launched an investigation into test kits after samples submitted from a goat and a fruit tested positive for the COVID-19 virus.

President John Magufuli on Sunday said he’d ordered his security forces to evaluate the test kits obtained from overseas by submitting non-human samples and labeling them with human names and ages.

The samples, which originated from a pawpaw fruit, a goat and a sheep, were then sent to a lab where they tested positive for COVID-19, according to the president.

President Magufuli said “this meant it was likely that some people were being tested positive when in fact they were not infected by the coronavirus,” reports Reuters.

“There is something happening,” Magufuli stated. “I said before we should not accept that every aid is meant to be good for this nation.”

Amid the faulty testing crisis, the president said he’d procure a remedy from nearby Madagascar, which has reported positive results in treating the coronavirus using an herbal tea.

“I’m communicating with Madagascar. They have got a medicine. We will send a flight there and the medicine will be brought into the country so that Tanzania too can benefit.”

The president also suspended the head of the laboratory that conducted the testing, pending an investigation.

According to statements from the African CDC and WHO, the kits may have originated from China’s Jack Ma Foundation.

On Thursday the head of the Africa CDC rejected the Tanzanian president’s allegations, saying, “The tests that Tanzania is using, we know they are working very well.”

“We are very instrumental in training, providing training to nearly all countries and providing them with test kits. We’ve also in the last couple of weeks and months distributed tests from the Jack Ma Foundation that have been validated and proven to be very, very reliable,” said Africa CDC Director John Nkengasong.

Africa’s World Health Organization head, Matshidiso Moeti, also insisted the tests “were not contaminated” with COVID-19: “We are convinced that the tests that have been provided … both through procurement through WHO and those that came through Jack Ma donations, were not contaminated with the virus.”

Reuters reports: “Tanzania, where places of worship remain open, has at least 480 confirmed cases and 18 deaths, the fourth highest case load in Eastern Africa” – that is, if the tests can be trusted.

The CBS 60 Minutes report the mainstream news media wants you to forget. This version, edited by Darrin McBreen, includes classic public service announcements (PSAs) funded by our government to persuade the American people to accept the jab.