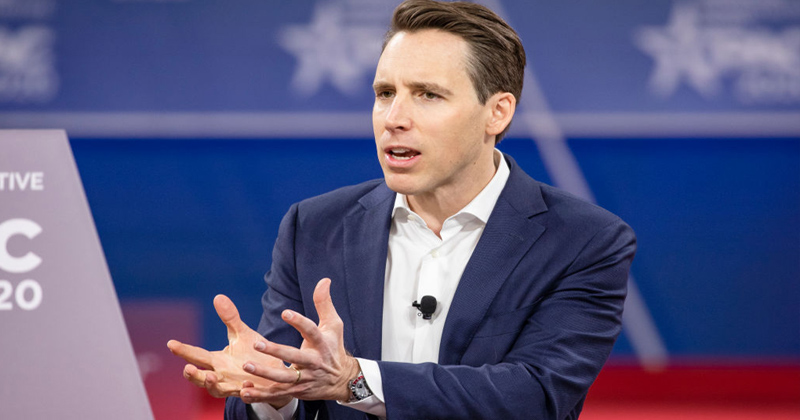 Republican Senator Josh Hawley of Missouri called out the World Health Organization on Twitter Sunday night, saying, “There needs to be consequences” for the globalist organization siding with Communist China against the world over COVID-19.

“There needs to be consequences here,” Hawley wrote. “WHO has sided w/ China Communist Party against the world in this pandemic.”

There need to be consequences here. WHO has sided w/ #China Communist Party against the world in this pandemic https://t.co/iTvuZxO9bI

Hawley is referring to World Health Organization (WHO) Director-General Tedros Adhanom Ghebreyesus, who was selected as the organization’s leader after receiving backing from China in 2017.

In addition to support from China, the CFR reported, “Tedros was the favorite candidate of the Obama administration, but was not the Trump administration’s first choice.”

The top globalist is clearly staying loyal to the corrupt Chinese government who helped him assume power while simultaneously attempting to get back at a Trump administration who didn’t support him and even proposed cutting the global health budget by 26 percent.

Tedros has continuously praised China’s handling of the pandemic, saying, “We appreciate the seriousness with which China is taking this outbreak, especially the commitment from top leadership, and the transparency they have demonstrated, including sharing data and genetic sequence of the virus.”

After meeting with Chinese President Xi Jinping at the end of January, Tedros claimed, “China is actually setting a new standard for outbreak response.”

Meanwhile, Tedros is bad-mouthing the Trump administration for cutting off travel from COVID-19 hotspots, stating, “There is no reason for measures that unnecessarily interfere with international travel and trade. We call on all countries to implement decisions that are evidence-based and consistent.”

WHO even sided with China regarding a report from the communist nation claiming there was “no clear evidence of human-to-human transmission” of COVID-19.

In reality, Trump’s decision to limit travel could have saved countless lives.