The relentless Brad Friedman of TheBradBlog ran this story down and broke it. There was, indeed, a recount of the Prop 37 vote. Prop 37, the ballot measure that would have mandated labeling of all GMO food sold in California, went down to defeat last November, under suspicious circumstances.

So a small group, headed by Tom Courbat, former senior budget analyst for LA County, decided to challenge the vote.

In California, any voter can do that, if they’re willing to pay for it. And they have to pay for the recount county by county. They pick the counties they want to start with, they contact the county registrars, and they’re told what the price is. It’s different in each county.

So the group picked Orange and Sierra Counties. They paid the fee. The votes were recounted, and there was no appreciable change in the numbers.

The group decided Fresno County should be next. That’s when trouble came and whole thing blew up. The county clerk in Fresno, in charge of all voting processes, is Brandi Orth.

As The Brad Blog reveals, Orth came up with a staggering price for a vote recount. Here are a few of the details:

Orth stated there would be an up-front fee, due before the recount even started, of $18,000.

The cost per DAY of doing the recount? $4,000. This included five vote counters who would each be paid $46 an hour—to sit and count. Then there would be a three-person executive staff, each of whom would be paid an astonishing $92 an hour.

But here is the best part. As Tom Courbat, the leader of the Prop 37 recount group, spoke with Fresno County Clerk, Brandi Orth, he suddenly learned he was being charged for the phone conversation—and also for Orth’s staff “getting ready” for a recount!

Understand this. No recount had begun. Courbat hadn’t given the green light for a recount. But, he was informed, he was already $4000 in the hole.

Courbat estimated a vote recount in Fresno County was going to cost his group $78,000 by the end of three weeks worth of work. They didn’t have the money.

The Fresno County recount was toast. And with it went any chance (even if one assumes a recount would be honest) that Prop 37 could be fairly reviewed in California.

At this point, I ran down a few facts about Fresno County. It’s the number-one county in the US for agricultural production; in 2007, $5.3 billion. Major employers? Kraft Foods, Del Monte Foods, Foster Farms, Zacky Farms, Sun-Maid. A local outfit, David Sunflower Seeds, is owned by the giant ConAgra.

Beginning to form a picture? Fresno is Big Agriculture, and the last time I looked, Big Ag isn’t rushing to support GMO labeling. They love Monsanto, crime boss of the GMO world.

Brandi Orth, who blocked the recount, was installed as Fresno county clerk a mere 10 months before Prop 37 went up before California voters. This happened, as The Brad Blog points out, because the previous county clerk, Victor Salazar, suddenly announced his retirement with three years left on his contract.

That’s quite interesting, because in the run-up to the November Prop 37 vote, the Farm Bureau was one of the organizations that signed on to a large NO on 37 print ad.

Let’s recap. The recount on the Prop 37 vote is stopped cold in Fresno County (a major center of Big Ag), because the county clerk, Brandi Orth put up absurd, incredible, and arbitrary obstacles. Orth was selected for her job, in the first place, by a board of supervisors on which, at the very least, two of the five members were opponents of Prop 37.

Does the California state government and, in particular, the state attorney general’s office give this foul-smelling situation even a sniff? No.

Does the California Secretary of State, Debra Bowen, who is in charge of all voting in the State, budge from her office and investigate, or better yet, go down to Fresno and personally install a fair and equitable and affordable recount of Prop 37? Of course not. She moves right along to other matters.

What does that tell you?

The stink from the blocked vote-recount goes all the way from Fresno up to the capital city of Sacramento and back down again.

Naturally, the major media give this story no play. They remain silent.

As I’ve detailed in other articles (under the ~/category/yeson37/ section of my blog), there are many reasons to reject the truth of the original Prop 37 vote in California, as well as any election in the State. But after these revelations, if you accept California vote-counts as real, you should check your sanity.

Jon Rappoport
The author of an explosive collection, THE MATRIX REVEALED, Jon was a candidate for a US Congressional seat in the 29th District of California. Nominated for a Pulitzer Prize, he has worked as an investigative reporter for 30 years, writing articles on politics, medicine, and health for CBS Healthwatch, LA Weekly, Spin Magazine, Stern, and other newspapers and magazines in the US and Europe. Jon has delivered lectures and seminars on global politics, health, logic, and creative power to audiences around the world. You can sign up for his free emails at www.nomorefakenews.com 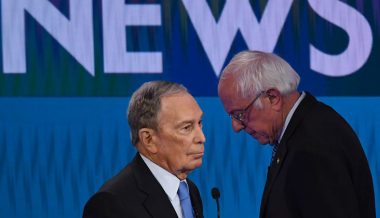