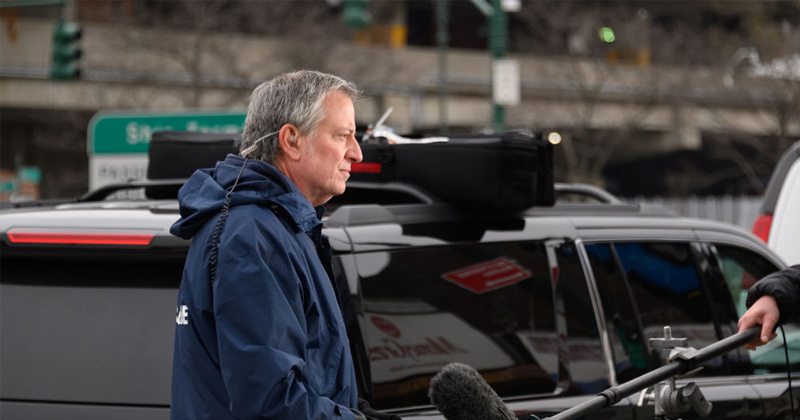 When it comes to misdirection, politicians are masters of the craft.

We see this on full display in the wake of the killing of George Floyd in Minneapolis. Sadly and predictably, politicians wasted little time concocting new spending programs or blaming distant rivals for the event. People demonstrate in the streets, politicians pick sides, media outlets latch on, and the general public settles in for some entertainment. A few sacrificial lambs are led out in evidence that “something” is being done. Eventually, something new captures the public’s attention and they lose interest. Bills promised fall by the wayside, political sniping moves to other areas, and when the dust settles nothing has really changed.

The political class has come to understand that unrest is an effective way to maintain power. Unrest, smear an out-of-power rival for the problems, and get relected. This is surprisingly effective—James Knowles, a de facto Republican, breezed through his reelection in the wake of the Michael Brown unrest while the Democrat Party comfortably continued its fifty-two-year winning streak in Baltimore after the Freddie Gray protests. Few major events of social unrest seem to have any lasting impact on the leadership structure of cities, from large urban areas to smaller ones. St. Petersburg, Florida, in 1996, Cincinnati, Ohio, in 2001, and Oakland, California, in 2009 showed no political repercussions, with leadership and parties retaining political control in the wake of events.

It should be patently obvious that police officers are city employees who are hired by and operate under policies crafted by either city leadership or those hired by it. So if the police forces of that city are as racist and brutal as the political leadership claims, it stands that the employment of those individuals is a result of either the incompetence or criminal corruption of the city leadership. It’s certainly within the power of these structures to clean house, as demonstrated by Camden, New Jersey, firing the entire police force for gross incompetence, which actually seems to have actually worked. Yet, by and large, these claims of reform end up going nowhere.

Politicians tend to be primarily concerned with gaining and retaining power. With this frame of reference, it becomes clear why nothing of substance happens after events of civil unrest. In terms of police reform, there are three forces at play:

First, the general public tends to be disconnected from local politics, discussed later in this article, and will likely continue to reliably vote for the candidates they’re used to.

Second are the activists. Although they may, on the surface, appear to be a major political force, protest groups have shown to be amazingly ineffective at generating political change. Particularly in strong Democrat strongholds, politicians in power are fully aware that the person holding the sign out in the street will dutifully reelect him or won’t bother to show up at the ballot. Although popular with media outlets, protesters and activists are politically toothless, as they’ve proven to be unwilling to politically punish the established power at the ballot box.

Third are the police unions. Like most single-issue entities, unions have the time and resources necessary to maintain constant pressure in relation to their interest. Police unions have shown remarkable dedication to the protection of their members and to influencing political leadership, such as nearly half a million dollars in donations doled out to the district attorney who refused to prosecute the killers of Stephon Clark, who was shot six times in the back in his own yard in California.

When choosing between a distracted public, activists who always vote for you, and the party paying your campaign bills, the payment wins out every time. Further, judges and juries routinely acquit in misconduct cases or overturn judgments against misconduct. This unchecked loyalty to law enforcement is, as noted in an earlier Mises Wire article, a major driver behind law enforcement misconduct.

The Role of Centralization

For all his crimes, Donald Trump is not responsible for the labor and hiring practices of the Minneapolis Police Department (MPD). Yet people seem convinced that Washington, DC, is a major influencing factor on the employees of the MPD. The reason for this is the continued growth of a centralized government monopolizing the energy of individuals. This is demonstrated by the significantly decreased interest in mid-term elections and Presidential elections .

Because of all the events dominating at the national level, people either are confused as to the source of their problems or are too tired from following bigger political issues to devote any further energy to local ones. This large central governing body has, in effect, created a shield that protects local politicians, the ones who have control and authority over the police departments, from any repercussions from the general public.

Because of the inability of the general public to simultaneously keep track of everything going on at the national and local levels, the unwillingness of activists to vote outside of their political tribe, and the deep pockets of police unions, the death of George Floyd is unlikely to accomplish anything beyond a few black squares decorating Twitter and a Wikipedia page that will be rarely visited a year from now. In the meantime, the political leadership will gleefully use the event to cement a few more spending programs and further entrench their power structure, with more incentive to keep the unrest going in the future.