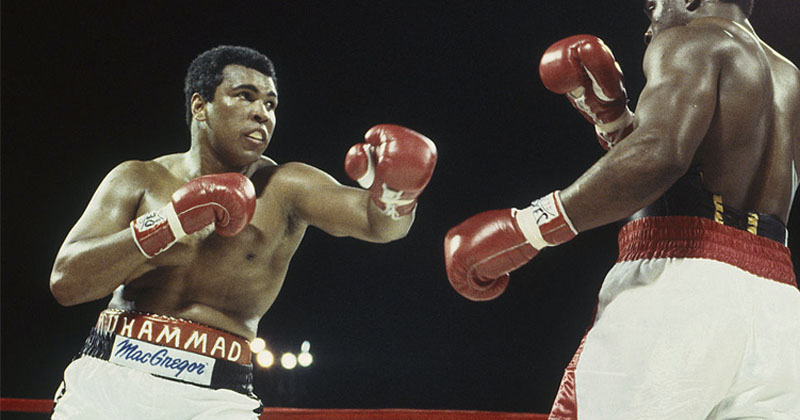 Muhammad Ali’s only biological son says his father would have despised the “racist” Black Lives Matter movement and endorsed all races, never singling “anyone out.”

‘‘My father would have said, ‘They ain’t nothing but devils.’ My father said, ‘all lives matter,’” Muhammad Ali Jr. told the New York Post.

The 47-year-old son of the legendary boxer, who is often noted as a cultural trailblazer for black Americans, did not stop at connecting his father to the “all lives matter” position. He also said Ali would have supported President Donald Trump — the late athlete endorsed both Democrat Jimmy Carter and Republican Ronald Reagan when they were running for the presidency.

Ali Jr. also pushed back against anti-police sentiments and defended officers against accusations of systematic racism.

“Police don’t wake up and think, ‘I’m going to kill a n****r today or kill a white man,’” he said. “They’re just trying to make it back home to their family in one piece.”

He did acknowledge, however, that Derek Chauvin, the former officer now infamous for video showing him with his knee on the late George Floyd’s neck while he said he couldn’t breathe, was “wrong” and corrupt cops should be “locked up.”

Ali Jr., who lives in Florida, also singled out Antifa, the group recently recognized by Trump as a terrorist organization.

“They’re no different from Muslim terrorists. They should all get what they deserve. They’re f**king up businesses, beating up innocent people in the neighborhood, smashing up police stations and shops. They’re terrorists – they’re terrorizing the community. I agree with the peaceful protests, but Antifa, they need to kill everyone in that thing,” he said.

Some conservatives have embraced Ali Jr.’s rebuttal of BLM and celebrated his blunt words on social media.

You want to talk about a well-thought-out and spot-on rebuttal to Black Lives Matter?…. Check this out from Muhammad Ali Jr. — so many people are WAKING UP 👊🏿https://t.co/w9XgSnMGtT

The official Muhammad Ali Twitter account, run by his estate, has shown support for the Black Lives Matter movement and posted generally supportive messages from some of the boxer’s other children.

Demonstrations across the nation over the death of George Floyd have continued devolving into chaos in recent days with protesters pulling down numerous historical monuments, vandalizing property, and turning to violence in places like the activist-run Capitol Hill Autonomous Zone, also called CHAZ, in Seattle.