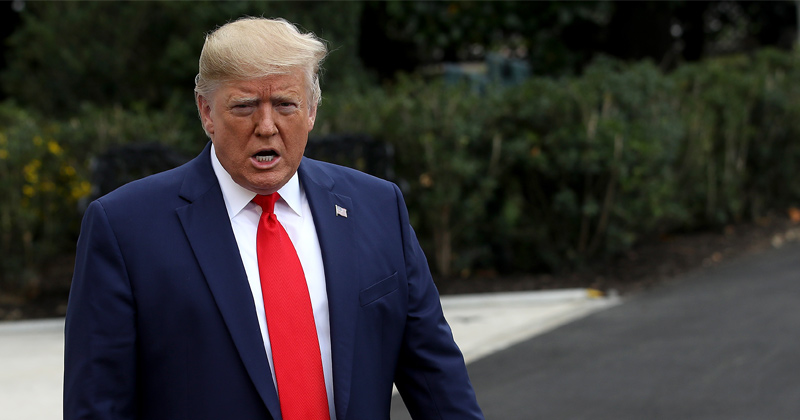 President Trump on Thursday said that China should “start an investigation into the Bidens,” telling reporters “what happened in China is just about as bad as what happened with Ukraine.”

To recap, journalist Peter Schweizer claims that in 2013 then-Vice President Joe Biden and his son Hunter flew to China together on Air Force Two.

“If it sounds shocking that a vice president would shape US-China policy as his son — who has scant experience in private equity — clinched a coveted billion-dollar deal with an arm of the Chinese government, that’s because it is.” – Peter Schweizer via the New York Post

As we noted in May, here’s what we know:

Chris Heinz claims neither he nor Rosemont Seneca Partners, the firm he had part ownership of, had any role in the deal with Bohai Harvest. Nonetheless, Biden, Archer and the Rosemont name became increasingly involved with China. Archer became the vice chairman of Bohai Harvest, helping oversee some of the fund’s investments. –New York Post

As Schweizer also notes, BHR became an “anchor investor” in the IPO of China General Nuclear Power Corp (CGN) in December 2014. The state-owned energy company is involved with the construction of nuclear reactors.

In April 2016, CGN was charged by the US Justice Department with stealing nuclear secrets from the United States, which prosecutors warned could cause “significant damage to our national security.” CNG was interested in sensitive, American-made nuclear components that resembled those used on US nuclear submarines, according to experts.

It doesn’t stop there. While Hunter Biden had “no experience in China, and little in private equity,” the Chinese government for some reason thought it would be a great idea to give his firm business opportunities instead of established global banks such as Morgan Stanley or Goldman Sachs.

Also in December 2014, a Chinese state-backed conglomerate called Gemini Investments Limited was negotiating and sealing deals with Hunter Biden’s Rosemont on several fronts. That month, it made a $34 million investment into a fund managed by Rosemont.

The following August, Rosemont Realty, another sister company of Rosemont Seneca, announced that Gemini Investments was buying a 75 percent stake in the company. The terms of the deal included a $3 billion commitment from the Chinese, who were eager to purchase new US properties. Shortly after the sale, Rosemont Realty was rechristened Gemini Rosemont.

“Rosemont, with its comprehensive real-estate platform and superior performance history, was precisely the investment opportunity Gemini Investments was looking for in order to invest in the US real estate market,” said Li Ming, chairman of Sino-Ocean Land Holdings Limited and Gemini Investments. “We look forward to a strong and successful partnership.”

That partnership planned to use Chinese money to scoop up US properties.

“We see great opportunities to continue acquiring high-quality real estate in the US market,” said one company executive, who added: “The possibilities for this venture are tremendous.”

Then, in 2015, BHR partnered with a subsidiary of Chinese state-owned military aviation contractor Aviation Industry Corporation of China (AVIC) in order to purchase American precision-parts maker Henniges – a transaction which required approval from the Committee of Foreign Investment in the United States (CFIUS), the same rubber-stamp committee that approved the Uranium One deal.