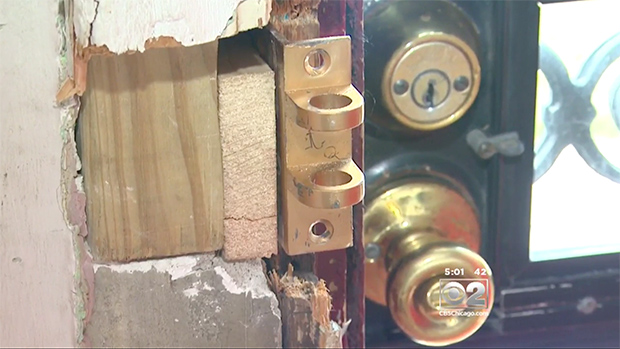 Police in Chicago nearly frightened a grandmother to death when they allegedly served a warrant at the wrong address.

Retired public school teacher and preacher Elizabeth Harrison, 82, was quietly enjoying her morning at home last Thursday when police busted down her locked door and shoved guns in her face.

“They wanted me to produce this young man that they were looking for. And they would not take, ‘No,’ for an answer that I didn’t know him,” she explained to ABC 7.

“At that point, I thought I was having a heart attack,” Harrison told CBS affiliate WBBM. “I just started shaking.”

Police next searched her home, finding nothing, then summoned an ambulance to transport the woman to the hospital upon realizing she was suffering a medical emergency.

“They damn near killed me,” the woman stated.

Harrison, who has raised 12 children, said she thought her time had come.

“If it had not been for the grace of God, my family could be making funeral arrangements today.”

Her family says police had the wrong address.

“We are a family of law-abiding citizens. We have done nothing illegal in this residence ever,” Harrison’s granddaughter, Akeya Channell, told CBS Chicago.

Police, however, claim they had the right place, but haven’t explained why they were there, and they have yet to fill Harrison or her family in.

“I have been treated wrong, and I need someone to explain to me why it’s happening to me,” Harrison relates.

Even more baffling, the family claims the man police were looking for – whose name appeared on the warrant – came by during the raid and told police they had the wrong home.

Harrison says the encounter has made her question her previous views on police.

Now thinking back on it she says, “It makes me angry, it makes me sad. There’s a sickening that comes over me.”

“I am a victim of them, and that’s the worst because I thought I had it made,” Harrison said. “The police are gonna save me if I need saving.”

“I always tell my young people, ‘Respect the law,'” Harrison told WLS-TV. “But to have them come in and do what they did to me, something is wrong. Really wrong.”

Chicago police said they would pay for damages to Harrison’s front door.