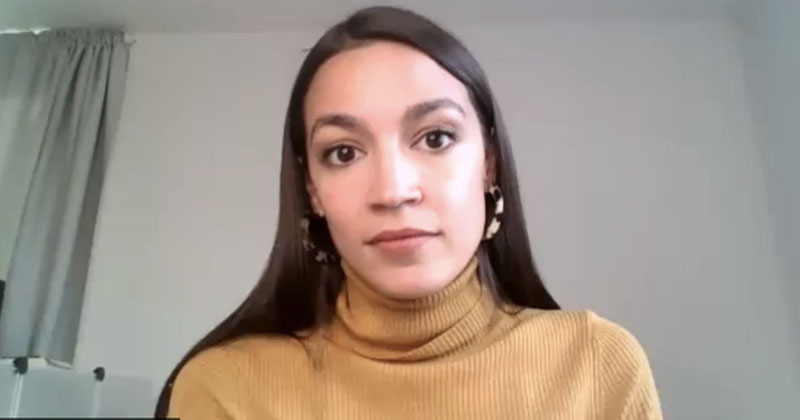 Despite the critical role she played in dissuading Amazon from bringing its “HQ2” to Queens (it was one of two sites chosen by the company after more than a year of searching), AOC triumphed over all of her Democratic primary opponents, including former CNBC reporter Michele Caruso-Cabrera.

And earlier this week, a progressive Democrat successfully primary-ed longtime Democratic incumbent in a district that encompasses parts of the Bronx and Westchester.

Although not every AOC-approved candidate in NYC has achieved this much, the city’s outsize community of mostly white college-educated “socialist organizers” has emerged as a political force capable of outmatching NYC’s ossified Democratic machine (shriveled after nearly 8 years of de Blasio’s ineptitude) Mayor De Blasio might be a committed progressive, but he’s not down for the revolution, man. The rose-emoji crew want to ensure that city offices are occupied by candidates that they approve. Which is why mayor-in-waiting Scott Stringer shouldn’t count his chickens before they hatch.

Though her career in Congress has been marked by staggering displays of ineptitude, she has succeeded in her main objective: normalizing crypto-marxist policies like a jobs guarantee, UBI and the sprawling ‘Green New Deal’. And although her progressive bloc only counts four members (“the Squad”, as they’ve come to be known), a fifth might be joining them in the next Congress if Bowman triumphs in November.

But after months of hard work in Washington, AOC is turning her attention back to NYC, with her latest campaign: A “wealth tax” to finance an emergency worker bailout fund for poor and undocumented New Yorkers.

According to Bloomberg, AOC’s proposed wealth tax would tax the wealthy on unrealized gains in their stock portfolios. Currently, investments typically aren’t taxed until they are sold and a profit (or loss) is realized.

New York would be the first state in the country to enact a wealth tax that targets wealth, instead of solely income (whether individual or corporate) and consumer spending. The state bill will be considered when the NY legislature returns from vacation on Monday.

“It’s time to stop protecting billionaires, and it’s time to start working for working families,” Ocasio-Cortez said in a video directed at Cuomo. The message spread on Twitter with the hashtag #MakeBillionairesPay.

Of course, there’s a small problem with AOC’s plan: the rich often hold large slugs of stock because of the power it bequeaths them to influence the board. For Jeff Bezos, his double-digit stake in Amazon is part of how he retains control over Amazon. If shareholders had tossed Bezos out during the aftermath of the dot-com bust, would Amazon shares be worth $3,000 a share today?

A wealth tax would be a massive disincentive for every wealthy individual or family who falls under its purview. Many would probably follow Carl Icahn to Miami, or another Sun Belt state where taxes are much, much lower.

But as the public debate over the wealth tax advances, we suspect we won’t be hearing AOC delve into the finer points of tax policy. It’s much more effective to simply organize a protest and get all your media buddies to come out and photograph crowds with their “soak the rich” signs.

From there, the small group marched to the Midtown offices of Governor Andrew Cuomo with a demand that has begun to grow louder as the pandemic grinds on: soak the super-rich.

Friday’s demonstration in New York, and others like it, haven’t reached anything near the level of the Occupy Wall Street movement a decade ago. But this time, protesters have a hometown advocate in Alexandria Ocasio-Cortez, the progressive lawmaker who this week joined a campaign demanding Cuomo pass a billionaires’ tax for New York State.

“They take and take and take from our city and do not contribute, proportionally,” said Molly Glenn, 34, who works in construction and joined Friday’s protest. “You want to have an apartment here. You want to say that you are a member of the greatest city in the country. You should have to support the city.”

To be sure, the 100 billionaires living in NY state contribute more than half of the state’s annual tax haul.

And there’s a reason for that: She has no incentive to educate her voters on the drawbacks of driving away Amazon and the billionaires. Her political rhetoric plays on mass resentment of the wealthy. AOC’s willingness to pander to the “Occupy Wall Street” set by demonizing the wealthy is what made her stand out.

And what does it matter if the state’s coffers take a hit from all the wealthy leaving the state? AOC will forever be known as the socialist who drove out the billionaires like snakes. While the middle-class, college educated voters who comprise many of her most vocal supporters (think the hosts of the podcast Chapo Trap House) would never feel the sting of falling state revenues, the half of AOC’s district that’s Latino, and those who fall below the poverty line, might not be so forgiving.

After all, it wasn’t long ago that AOC rallied support for opposing Amazon by focusing on the billions of dollars in on-paper tax incentives. However, she never delved into the full story: That those incentives aren’t coming out of the state coffers, rather they’re a discount on a hypothetical tax rate that the company would be paying only if it met certain obligations relating to economic development. Whether the deal was too generous was up for debate, but AOC argued that tax reforms are wrong on principle.

With the state in desperate need of new revenue, we wouldn’t be surprised to see Gov. Cuomo, who has previously resisted more taxes on the rich, assent and agree to sign some version of AOC’s wealth tax proposal to help restore the state’s desperately low coffers.

The sad irony is that such a move might exacerbate the situation in the long term.