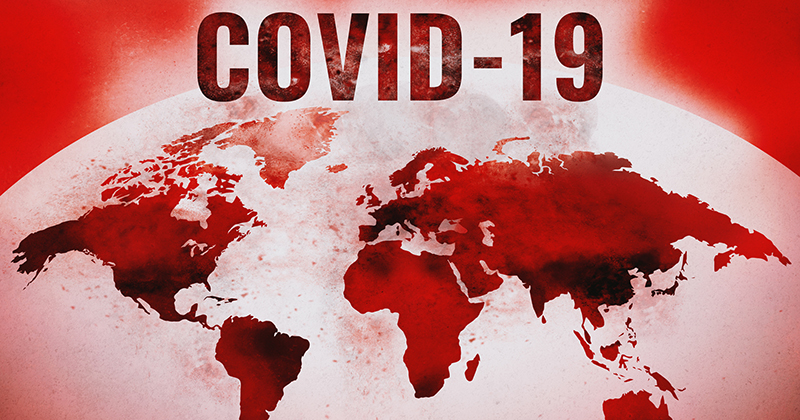 Humans are inherently social creatures, and that is never going to change.

Within each one of us there is a fundamental need for connection with others, but now these coronavirus lockdowns have separated us from one another like never before.

Thankfully, many states are now starting to end their lockdowns, but unfortunately this is definitely not the end for “social distancing”.

Just as 9/11 greatly altered our society on a permanent basis, many of our social engineers now intend to make “social distancing” a permanent part of our lives.

After Governor Newsom closed all beaches in California, hundreds of angry Californians stormed the beach as a response.

If they have their way, there will be written or unwritten rules about how close you can get to other people virtually everywhere that you go.

Can you imagine a world where you have to constantly be concerned about walking, standing or sitting too close to someone else?

Already, there is talk of putting physical markings on sidewalks in order to constantly remind all of us not to walk too closely to one another…

Arrows on the ground, and other physical markers to encourage and enforce distance. Imagine sidewalks with scoring every 6 feet so those walking could make sure they’re the human equivalent of a few car lengths behind. Or large sculptures deployed to separate people.

And Wal-Mart and other major retailers are already starting to put arrows on the floor to remind us which direction to shop so that we can maintain proper “social distancing”.

When I was much younger, I loved to attend concerts.  And at first I was encouraged to hear that some states were going to start allowing live concerts once again, but then I learned about the new “fan pods”…

Travis McCready, the singer of the country-rock band Bishop Gunn, will be performing what’s billed as an “intimate acoustic set” in Fort Smith at the city’s TempleLive venue — but with social distancing measures in place. The show will take place on May 15, three days before the scheduled reopening.

According to Billboard, assigned seats for the show will be at least six feet apart per grouping in what Ticketmaster is calling “fan pods.” As fans enter the venue, they’ll be required to wear face masks (including the venue’s employees), have their temperatures taken at the door and capacity for the 1,100 person venue will be capped at 229.

Are you kidding me?

I understand that they are trying to prevent the spread of the virus, but it isn’t going to work.

Look, unless you plan on locking yourself in your own home for the next couple of years, you are almost certainly going to be exposed to the virus no matter how careful you are.

And once you are exposed to the virus, what is really going to matter is the strength of your immune system, and so that should be your focus instead of trying to maintain “proper social distancing” at all times.

To me, some of the “social distancing” measures that we are now seeing are completely and utterly ridiculous.  For example, at one supermarket in Philadelphia cashiers are actually working in “tent-like” plastic enclosures…

At a Philadelphia supermarket, the cashier’s side of each checkout line has been outfitted with a tent-like plastic enclosure, keeping essential workers safe while on the job.

Alexander Tavares, 19, captured now-viral footage of the new working conditions, constructed to prevent the spread of the coronavirus, at a store on March 25.

Those enclosures may protect those workers for a short period of time, but it is inevitable that they will eventually be exposed to the virus.

Of course it would be wonderful if someone could actually find a way to keep 70 percent of the population from becoming infected, but because this virus spreads like wildfire that simply is not going to be possible.

Thankfully, some industries are already starting to push back against “social distancing”.  There has been an effort to require airlines to keep middle seats vacant on all flights from now on, and the airlines are fighting this really hard…

Airlines are pushing back on proposals to require social distancing onboard aircraft. During a press briefing today, airline industry group IATA argued that leaving the middle seat vacant would hurt airlines’ ability to recover from the coronavirus crisis and potentially cause a spike of up to 54% in airfares.

If you get on an airplane, you pretty much have to assume that you are going to be exposed to all sorts of nasty bugs.  That has always been true, and there will never be a time when it isn’t true.

If you don’t want to be exposed to all sorts of nasty bugs, just don’t fly.

As far as COVID-19 is concerned, there are literally thousands of ways that you could potentially catch this virus, and anyone that believes that “proper social distancing” will keep people 100 percent safe is just being delusional.

Sadly, “social distancing” has been pounded into our heads so relentlessly in recent weeks that a big chunk of the population has become big believers in it.

In fact, one recent survey discovered that almost 60 percent of everyone living in Seattle intends to continue practicing social distancing “for a year or longer”…

Nearly 60 percent of people in Seattle say they plan on doing social distancing for a year or longer.

That’s according to a new survey recently released by a company in New York City called Elucd.

This company said they provide data to the City of Seattle and the Seattle Police Department on the public’s opinions on various topics.

And once you adopt a pattern for a whole year, there is a really good chance that it becomes permanent.

We can’t let them do this to us.

They fundamentally changed our society after 9/11, and now the social engineers want to do it again.

We must stop them this time, because the alternative is absolutely unthinkable.