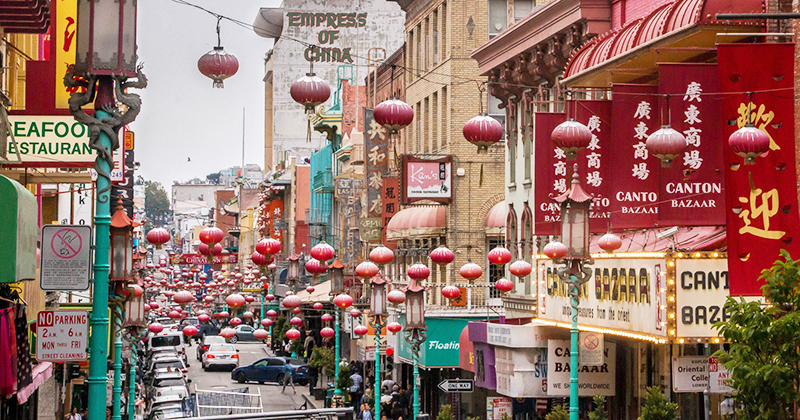 It’s not just in China where the effects of the novel coronavirus are being felt – it’s in Chinatowns situated worldwide.

Fear is gripping people around the world and, coupled with the uncertainty that is inevitable with the WHO and world leaders dragging their feet, it is keeping people out of Chinese businesses.

As Chinese citizens of other countries try to go about business as usual in the midst of what is likely a growing pandemic, business is collapsing. Lily Zhou’s Chinese restaurant in Australia, for instance, has seen business fall 70%, according to Bloomberg. It now has a board out front where “The restaurant has been sanitized!” is written in Chinese.

Zhou says at this rate, she can only stay in business “at most three months”.

The affect on the local economy has been so bad that the neighborhood of Eastwood is planning on setting up a A$500,000 assistance fund.

Alex Jones remotes in to the show with guest host Mike Adams to break down the plan to install a communist Bernie Sanders after Trump is baited to implement a medical martial law lockdown.

But the affects aren’t just being felt in Australia. There are Chinatowns and Chinese businesses in places like Sydney, New York and San Francisco that are all feeling the impact.

99 Favor Taste, a hotpot and BBQ restaurant in lower Manhattan, is now seating customers immediately. The restaurant usually has a half hour wait on weekdays to get a table. “Booths are empty,” said manager Echo Wu.

Wu believes that the fear keeping people out of Chinese businesses is “irrational”. He says customers have even gone so far as to phone ahead to check and make sure the food wasn’t being imported directly from China.

Wu said: “They may have a bias toward Chinese restaurants now. I hope people can be more reasonable. After all, there’s no cases in town yet.”

In Toronto, it’s a similar scene. Business at the Rol San Dim Sum restaurant is down as much as 30% and the sidewalks of Chinatown are quiet. The restaurant’s manager said it was “of course” due to the coronavirus.

At the Chinatown in Manchester, U.K., students stopped showing up after returning from the Chinese New Year holiday. The head of the local business association said: “There are less visitors, less customers. They’re really, really suffering — at the moment we haven’t come up with any solution yet. The group is discussing options such as opening a weekend market with free food tasting and discounts to bring back clients.”

San Francisco’s Chinatown has seen its lunch rush “evaporate”. One business owner, Henry Chen, said: “Usually we have a line out the door. There are less people on the street. Lunch, dinner, breakfast, there is no business.”

Philip Wu, who manages a hot pot restaurant in Sydney’s Chinatown, says that lifting travel restrictions is crucial for business. He has seen a 60% drop in business and has asked all 100 of his workers to cut their hours to four days a week.

“If the government says ‘Okay, we’ll stop the ban on the flights, and the people can travel to Australia,’ then I think the business will go up very quickly, because tens of thousands of Chinese people will be coming back,” he said.

But that looks extremely unlikely. And these are still just minor examples compared to the disruption in places like China and Hong Kong, where schools are closed and people are stuck in their apartments under quarantine. These types of lockdowns are now spreading to Italy and other neighboring countries.

And, unfortunately, we feel like it’s going to get worse before it gets better.