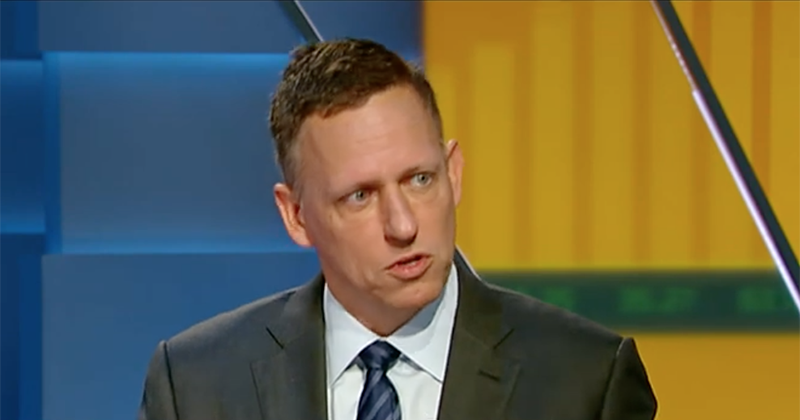 Billionaire Tech investor Peter Thiel has warned that Google is aiding the Chinese military, and that the company needs to be investigated by the FBI and the CIA because it is manned by “globalists” who do not understand the threat to the US that China poses.

Thiel described Google’s political culture as “globalist, “post-national,” and “cosmopolitan,” adding that the company is “incredibly insular” and “incurious” about real “problems” outside of its own silicon valley bubble.

Thiel called for US intelligence agencies to get involved as Google is indirectly providing the Chinese government with cutting edge AI technology.

“The question about Chinese interest in [Google’s artificial intelligence development] is one that needs to be looked at much more carefully. That’s why I’ve argued that the FBI or the CIA should be looking at this.” Thiel noted in an interview with Fox News.

“I think it is unprecedented in the last 1000 years or ever that  major U.S. company refused to work with the U.S. military and has worked with our geopolitical rivals. This is not a liberal-conservative thing. This is absolutely unprecedented.” the entrepreneur continued, referring to the fact that Google refused to bid on the Department of Defense’s $10 billion JEDI contract last year, on the grounds that working with the U.S. military could violate its “AI principles.”

“Google has a major AI research lab in China, where, even though it’s not working directly with the Chines military, in effect, all the technology gets handed on to the Chinese military.” Thiel warned, comparing the technology to the “Manhattan Project”.

“This is in black-and-white in the constitution of the Chinese Communist Party, as of 2017, it got amended to stress that there needs to be civil-military fusion in China, where all things need to be integrated. Anything that has civilian use must also be handed over to the People’s Liberation Army, the PLA.” he further explained.

Alex Jones brings to light Hong Kong’s fight against the Communist Chinese attempting to conquer a free and prosperous nation.

Elsewhere during the interview, Thiel, a Trump supporter, noted that “There are many other people in Silicon Valley who support the president, but they are not going to say it.”

“And so that’s always the problem – unanimity doesn’t mean that everybody agrees. It normally just means that everybody is just too scared to speak up.” Thiel added.

Thiel, who co-founded PayPal and was an early investor in Facebook, has previously warned that Google is aiding in the transfer of AI technology to the Chinese military in favor of America because “woke” Google employees are anti-American and prefer China to the U.S.

Calling Google’s action a “treasonous decision,” Thiel warned that “There’s probably a broad base of Google employees that are ideologically super left wing, sort of woke, and think that China’s better than the U.S. or that the U.S. is worse than China – it’s more anti-American than anything.”