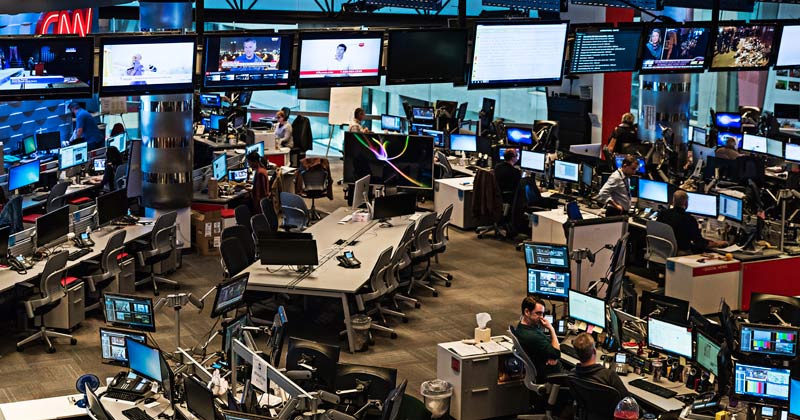 A CNN reporter blasted a satirical article by the conservative-leaning Babylon Bee by claiming its viralness lead to misinformation, but he has also shared articles from the popular satire site The Onion.

Over the years, it’s been well-documented that numerous, popular Onion articles have been mistaken as real news, given the sometimes blurry line between satire and reality, but CNN reporter Donie O’Sullivan has taken issue with the Babylon Bee being mistaken as real news:

To put this in perspective, this is the same number of engagements the top NY Times and CNN stories on Facebook had over the past week.

A lot of people sharing this “satirical” story on Facebook don’t know it is satire. https://t.co/HnDjuqw2si

Interestingly, the profile for the lady he’s responding to says she’s “former CIA.”

Having a disclaimer buried somewhere on your site that says it’s “satire” seems like a good way to get around a lot of the changes Facebook has made to reduce the spread of clickbait and misinformation.

However, O’Sullivan has previously retweeted several articles and made references to The Onion:

As it turns out, Mr. O'Sullivan HAS tweeted about the Onion. But it looks like he's quite the fan! https://t.co/MMLRP8J8n0 pic.twitter.com/8iFA3CQlHi

The Babylon Bee article that apparently caught O’Sullivan’s attention was Democrats Call For Flags To Be Flown At Half-Mast To Grieve Death Of Soleimani.

“At a press conference held on Capitol Hill Friday, mourning Democrat leaders called for flags to be flown half-mast to honor the death of Qasem Soleimani,” the satrical article stated. “Flags were spotted flying at half-mast around the country, notably at The Washington Post, The New York Times, and in front of several celebrities’ homes.”

“The celebrities went out and bought an American flag for the first time just to fly it at half-mast for this important time of grief.”

Given that Colin Kaepernick claimed the US attack against Iranian General Qasem Soleimani was motivated by “racism” – and the other similar comments from his ilk – it shouldn’t be terribly surprising that the headline blurs the line between satire and reality, something The Onion has done time and again.

O’Sullivan hasn’t had much of an issue with The Onion, judging by his Twitter history, with the possible lone exception of a 2014 tweet reporting that Facebook was considering ‘Satire’ tags for sites like The Onion.

In comparison, he did tweet a New York Times article asking if the “Christian Humor Site” the Babylon Bee is engaged in satire or deceit: