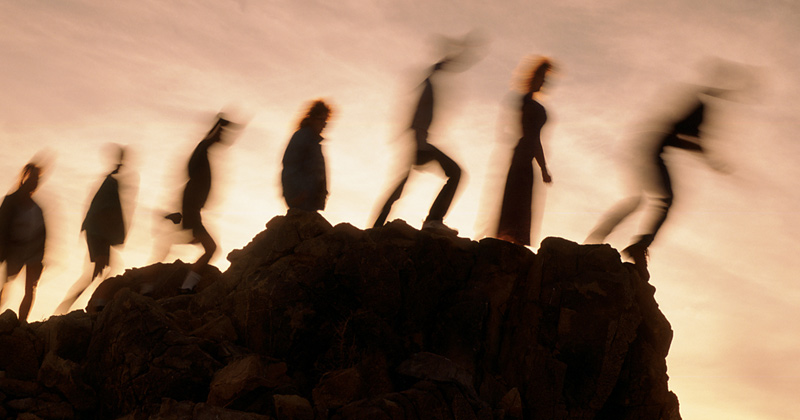 Why have the biggest and most profitable American corporations embraced leftist politics, as seen in their woke advertising and social justice activism? Hint: It’s not because they’ve become non-profits and taken up philanthropy.

Judging by the Ted Talks of woke American CEOs, by the woke corporate advertising, and by the public relations campaigns promoting corporate ‘brand activism,’ one might reasonably conclude that the most successful, for-profit corporate giants in America have gone out of the money-making business to become centers of leftist political propaganda. And it’s not only the most woke corporate behemoths that promote leftist political notions. Go to a startup crowdfunding portal and count how many times the word “democratizing” is used to describe the mission of the startups there, or how many startup investments are pitched with the supposedly progressive political outlook of the prospective investor in mind.

What one encounters – from the boardrooms to the storyboards and beyond – is a nauseating, woke-up blend of equal parts Communist Manifesto, social justice handbook, sanctimonious sermon and used car sales pitch.

Just why has corporate America gone woke (while not yet broke)? Below, I run-down some of the possible explanations for woke capitalism or corporate leftism – from five to one – with five being the least compelling and one being the most.

5. The bosses are woke themselves. CEOs and other corporate executives went to business schools that weren’t that far away from social science and humanities departments. Business professors became friends with humanities and social science professors, who are notoriously left-leaning. Their leftism rubbed off on the business professors, who then spread it to their students, who went on to run corporate America.

4. To pander to their clients. Corporate leftism pleases the corporate customers with the most disposable income, those between 25 and 54, who likely live on the east and west coasts. This demographic includes millennials, whose politics are notoriously left-leaning. Choosing these “coastal elites” over the deplorables in “flyover states” has been an easy decision. The deplorables have less money anyway and they can go to hell if they don’t like corporate wokeness.

3. Being woke is easier than actually paying workers. Corporate wokeness acts as a placebo, a substitute for economic concessions by corporations. The statements of woke CEOs, the woke ads, the woke activism – these cost a lot less than higher wages and better benefits for workers, or lower prices for customers. Plus, the dummies seem to fall for it every time.

2. To keep the government wolf from the door. Woke capitalism appeases the political elite, putting corporations in the good favor of liberal lawmakers, in the hopes of favorable treatment from the latter. As liberals, these political operatives are more likely to impose burdensome regulations or to initiate anti-trust legislation that would pose big problems. Why not tell them what they want to hear?

1. Wokeness is itself part of globalist capitalism. Leftist politics are perfectly compatible with and supportive of the agendas of global corporate giants. Global corporations and leftist activists want the very same things:

· Globalism – or, in Marxist terms, “internationalism” – has always been a goal of the left and it has become a goal of multinational corporations. The latter extend their markets far and wide while the former think it advances the Marxist objective of “workers of the world unite!”

· Unrestricted immigration: Provides cheap labor for corporations and makes leftists feel politically edgy and morally superior for being anti-racists who welcome everyone – whatever their race, religion, gender or sexual orientation – including Mexican gang members running drugs and children? – into the country, but not to camp out in their living rooms.

· Transgenderism or polygenderism, the leading edge of leftist identity politics, is also good for business. It creates new niche markets for corporate products, keeps the workforce divided, and distracts leftists with daily arcana and absurdities.

· Getting rid of nations, stable gender, the family, Western culture and (why not?) Christianity – the hallmarks of leftist “progress” and avant garde politicking – also advances global corporatist objectives, removing any remaining obstacles to global corporate dominance.