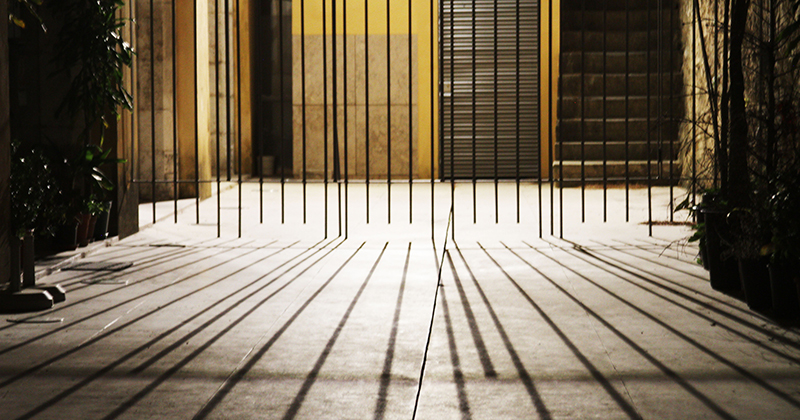 Sometimes we need something to shake us in order to wake us from the fantasy that we have been living in.

Hopefully, this COVID-19 pandemic will serve as a wake up call for people all over the globe, because it has given us a very clear preview of what we can expect during the years ahead.

This pandemic has shown us that our economic and financial systems are not nearly as stable as most people thought, many of our politicians have been quite eager to embrace socialism and tyranny during this pandemic, and acute shortages of basic essentials started to happen very rapidly once fear of COVID-19 began to sweep across the nation.

If things degenerated this much during a relatively minor crisis like this COVID-19 pandemic, what in the world is our society going to look like once a major crisis hits us?

As thousands of Americans pour onto the now open beaches of America. Most Americans are waking up to the undeniable fact that they were lead astray. Coronavirus numbers were skewed. Authoritarian politicians abused their power. And the united front never materialized. The media’s lock down narrative has gradually become back chatter to a nation burned out on the globalist deception.

If you haven’t figured it out by now, this coronavirus is definitely not an “end of the world” scenario.  Yes, more than 300,000 people around the globe have died so far, and the final death toll will be even higher, but this isn’t like the Spanish Flu Pandemic of 1918 to 1920 that took the lives of somewhere between 50 million and 100 million victims worldwide.

So that is good news, but the bad news is that the lockdowns instituted by our political leaders have burst all of our economic bubbles and have completely wrecked the global economy.

Here in the United States, more than 38 million Americans have lost their jobs so far, more than 100,000 businesses have been permanently lost, and it is being projected that U.S. GDP will fall by about 40 percent during the second quarter.

And all that it took to do that was fear of a virus.

Ultimately, we will look back on this as a relatively minor event compared to the horrific pandemics that experts assure us are eventually coming our way.

So please don’t get rid of any protective equipment that you have acquired.  Someday you will need it.

But for now, there is absolutely no reason why any U.S. state should still have any restrictions in place, and we desperately need to try to reboot our economy because it is dying right in front of our eyes.

In fact, White House economic advisor Kevin Hasslett says that we could see the official unemployment rate hit 22 or 23 percent in May…

Kevin Hasslett, who is chairman of the council of economic advisers, has warned that the unemployment rate, which hit 14.7 percent in April, may rise to 22 to 23 percent in May and edge up a bit in June before falling back down.

‘We’ll see a very bad number for May and then I think that in June it will start to head in the right direction,’ he told CNN, adding that he believes a fourth stimulus bill meant to stanch coronavirus-induced economic pain is coming ‘sooner rather than later’.

During that same interview, he even admitted that it is likely that we will still be facing double digit unemployment when we go to vote in November…

Asked whether it was possible unemployment would be in double digits in November when the presidential elections are held, Hassett replied: ‘Yes, I do.’

To put that in perspective, the unemployment rate in the U.S. peaked at about 10 percent during the last recession.

So what we are facing right now is far worse than anything that we experienced during the last recession, and we will continue to have very high unemployment for the foreseeable future.

Of even greater concern is the tyranny that we have been witnessing all over the nation during this pandemic.

I never would have imagined that so many governors would be so eager to fully embrace tyranny during a crisis.  Some of them even seem to revel in trampling on the rights of others, and that has been extremely alarming to watch.

For years, many freedom-loving candidates tried to run for public office all over the nation, but the American people kept rejecting them and kept electing ultra-corrupt career politicians instead.

As a result, we have the government that we deserve, and it isn’t pretty.  I am personal friends with a mother that was arrested for simply taking her children to the park to play.  In New York City, a young mother was wrestled to the ground by police for not wearing a mask properly.  And all over the U.S. we have seen pastors being arrested simply for trying to hold church services.

No, we definitely aren’t “the land of the free” anymore.

Of course it isn’t just the authorities that have been eager to enforce the new “social distancing” rules.  A perfect example of this just happened in New York…

A viral video captured the moment furious New Yorkers chased an unmasked shopper out of a grocery store in Staten Island.

In the 21-second clip, which has racked up more than one million views, at least five customers are seen berating a woman for not wearing a mask inside the crowded store despite the state requiring everyone to do so.

This is what fear does to people.

And if we are seeing this much fear now, how will people respond when something much worse comes along?

In addition to everything that I have shared already, this crisis should also motivate all of us to prepare for the days ahead like we never have before.

During this pandemic there have been shortages of toilet paper, hand sanitizer, masks, meat, frozen pizza and all sorts of other things.

As the past several months have demonstrated, if you wait until everyone realizes that a full-blown crisis is happening, it may be too late to get what you need.

Of course the temporary shortages that we have witnessed in 2020 are nothing compared to what is eventually coming.  I have written extensively about the famines that are beginning to emerge around the globe, and the UN is openly warning that hundreds of millions of people could be facing “acute food shortages” by the end of this calendar year…

The United Nations is warning the world of a looming food shortage as a result of the ongoing coronavirus pandemic. An expected 265 million people could face “acute food shortages” by the end of the year.

Many Americans may not realize it, but the rest of 2020 is actually a window of opportunity to get prepared for the events of 2021 and beyond.

Please take advantage of this window.

Because even though this pandemic turned out to be “mostly fear”, it won’t be too long before we will be facing problems that are much more severe.