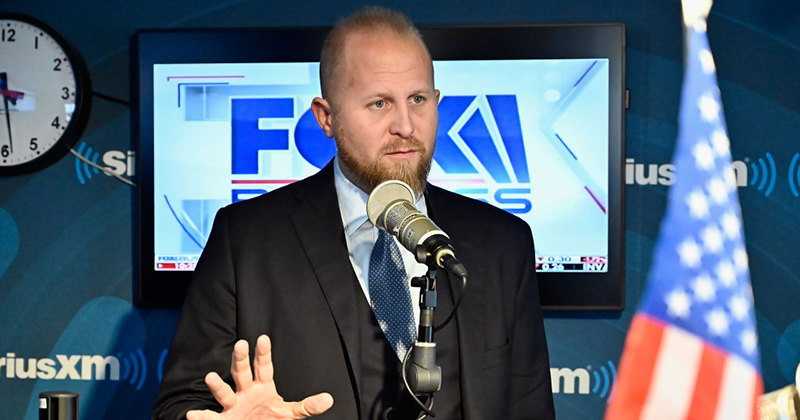 In an interview Monday with Lou Dobbs on Fox Business, Trump 2020 campaign manager Brad Parscale dismissed immigration as a top issue for President Trump to run on in 2020 because he believes immigration patriots are voters Trump “already” has.

Running on the economy and “national security” sounds a lot like George Bush’s 2004 campaign. Parscale has been recycling old Bush memes from 2004 to attack Trump’s opponents as terrorist sympathizers in a manner which can only be described as “cringe.”

Soleimani was a notorious terror chief who killed hundreds of Americans!

You can’t trust Bernie to protect this country.https://t.co/5VumAJGoUe

Trump won in 2016 by some 80,000 votes running as a transformational candidate who promised to do everything for everyone.

Other than his promises to Israel, for whom he has gone above and beyond for, he wasn’t successful at following through on much.

He failed to repeal Obamacare, failed to pull out of the Middle East and failed to build a wall.

I recognize doing things for Israel is easy politically while repealing Obamacare, pulling out of the Middle East and building a wall is more difficult but those last three were the major issues he ran on and he has little to show for it.

Just assuming all the people who voted for him in 2016 will come out and vote for him again without having their issues addressed sounds to me like a pipe dream.

Just yesterday I saw Axios claiming the Trump administration is readying a plan to restrict birthright citizenship — the same thing they reported before the 2018 midterms which never materialized despite only requiring a simple executive order and fighting it out in the courts.

There seems to be serious overconfidence on Parscale’s part due to the Democrats being so crazy and Trump potentially raising $2 billion for his reelection campaign.

I would remind Mr. Parscale that Hillary Clinton’s team spent $1.2 billion while Trump’s team spent $600 million and she still lost.

Trump is going into 2020 having allowed his biggest supporters from 2015-2016 to be deplatformed, debanked and systematically suppressed by Big Tech.

His army of hilarious memers have all moved on and now his most vocal champions are NeverTrumpers who opposed him when it mattered in 2015-2016 (Charlie Kirk, Ben Shapiro, TPUSA etc.) but support what he’s doing for Israel and the Conservatism Inc agenda he pursued of tax cuts for the wealthy and deregulation.

The biggest beneficiaries of the Trump era are Never Trumpers who turned Trump cheerleaders after he won.

The ones who benefited the least are Trump's earliest supporters https://t.co/46QA2zrwxo

Trump’s people would be wise to heed Tucker Carlson’s repeated warnings — which he reiterated Monday night — and not arrogantly assume the issues which drove Trump to victory in 2016 are now irrelevant.