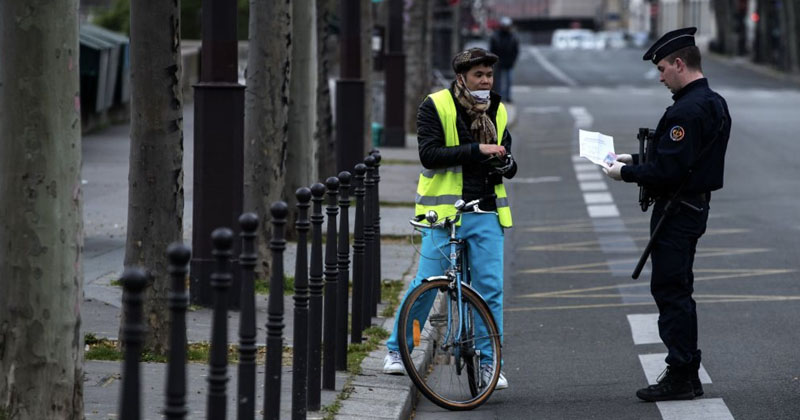 French law enforcers have slapped fines on tens of thousands of uncooperative citizens, less than a week after the government introduced restrictions on non-essential travel and business in an effort to combat Covid-19.

The Ministry of Interior disclosed on Saturday that police across the country had carried out 867,695 inspections to ensure that people using transport or participating in other restricted activities had good reason to do so.

As a result, cops reported some 38,994 instances of non-compliance resulting in fines between Tuesday and Friday. French authorities have also warned that they will become stricter with enforcement going forward.

Some of the fines were reportedly issued to homeless people in Paris, Lyon and Bayonne, according to an advocacy group for the disadvantaged.

However, the group did not disclose how many people living on the streets have been penalized for violating the lockdown.

French President Emmanuel Macron announced on Monday that people should work from home wherever possible, and imposed a ban on all travel except for medical care, shopping and urgent family-related business.

As part of the extreme measures, people who choose to go outside need to have a certificate, which can be printed from the government website, stating the reason for their trip. Those caught without the document risk a €135 ($145) fine.