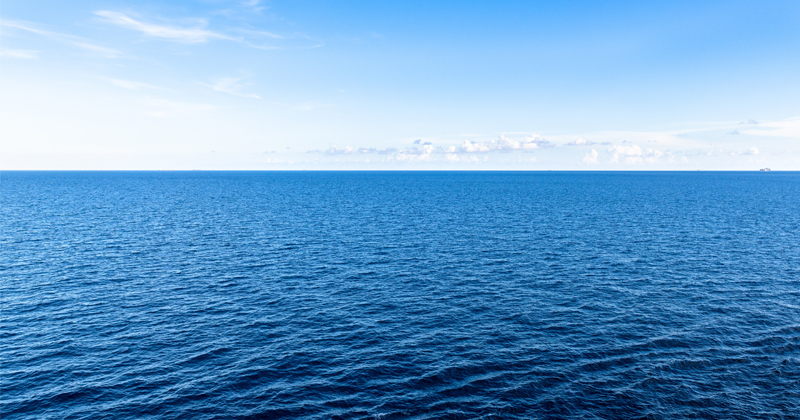 The researchers explained that the origins of some of the seafloor holes they studied remains unclear, and that there’s plenty of work to be done in order to solve this mystery.

Researchers from the Monterey Bay Aquarium Research Institute (MBARI) made a peculiar discovery while surveying the sea floor off the coast of California which, it turns out, is dotted with thousands of holes of various sizes, phys.org reports.

Presenting their findings at the Fall 2019 meeting of the American Geophysical Union in San Francisco, the researchers, Eve Lundsten and Charles Paull, explained that the holes they discovered essentially come in two varieties, with the first one being so-called “pockmarks” which measure about 175 meters and five meters deep on average, and are “nearly circular and fairly evenly spaced.”

We go back in time to reflect on how the establishment told us we would not survive because of climate change.

While some of these “pockmarks” were originally detected by MBARI back in 1999, subsequent surveys conducted in recent years led to the discovery of over 5,200 such features spread out over the space of 1,300 square kilometers, with the media outlet describing it as “the largest known pockmark field in North America.”

The second variety, called micro-depressions, measure approximately 11 meters across and one meter deep on average, with the researchers hypothesising that these features are relatively new and “were excavated by local seafloor currents”.

The media outlet also points out that while seafloor “pockmarks” have been found in other parts of the world, and are associated with release of methane gas and “other fluids” from seabed, the researchers discovered no evidence of methane in the water or sediment in the area they were investigating.

“The cause and persistence of the pockmarks still remains a mystery, but we find no evidence they were created from gas or fluid in the seafloor in the recent past,” Lundsten said. “The micro-depressions are recently formed erosional features; they are not ‘incipient pockmarks.’”

She also noted that there’s still plenty of work to be done in order to determine “how all these features were formed,” and that “this work is in progress.”