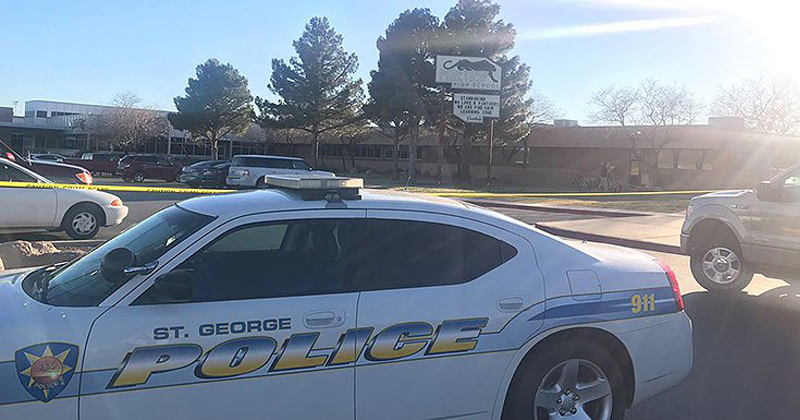 An unidentified juvenile was reportedly inspired by ISIS when he brought a homemade bomb into a Utah high school.


Witnesses noticed a backpack near a common area vending machine that was “smoking and sizzling.”

“I could smell a smoke smell and my friends actually saw it before I did,” said a student to KUTV.

NEW: @sgcitypubsafety is charging the suspects “failed attempt to detonate a homemade explosive” inside Pine View High School yesterday with:

76-10-402: Manufacture, possession, sale, use or attempted use of a weapon of mass destruction prohibited.

The grim discovery prompted an evacuation of approximately 1,100 kids and a bomb squad arrival; the bomb was later disarmed successfully.

“If it had detonated; the device had the potential to cause significant injury or death,” said police.

A search of the suspect’s home provided evidence of materials consistent with the creation of the discovered homemade bomb.

Further police investigation confirms the perp studied ISIS and was obsessed with the terrorist organization.

After an interview, the suspect admitted to replacing a destroyed US flag with an ISIS one the morning after the Parkland High School shooting in addition to pro-ISIS graffiti.

“The suspect was arrested and charged with the manufacture, possession, sale, use or attempted use of a weapon of mass destruction,” according to an official police statement.

The case is ongoing and more charges may be pending.