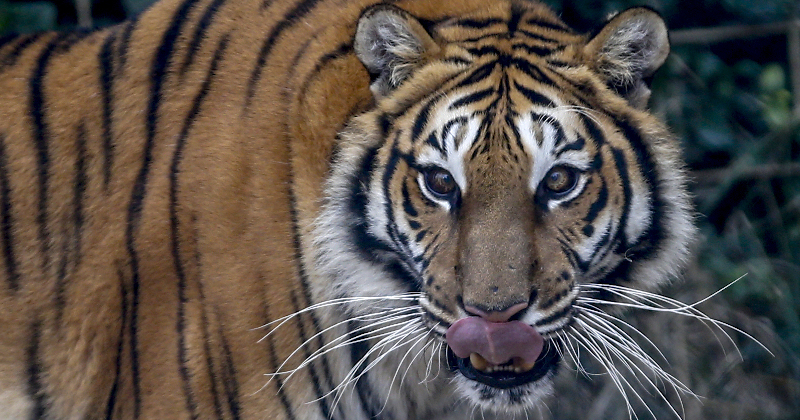 A tiger at the Bronx Zoo in New York tested positive for the novel coronavirus, the zoo said on Sunday.

Nadia, a 4-year-old Malayan tiger, is believed to be the first known infection of an animal in the US. Federal authorities believe she was infected by a zookeeper who had yet to show symptoms.

Given the exceptional case, zoo officials are hoping that that they can figure out how the felines were able to contract the disease.

“Any kind of knowledge that we get on how it’s transmitted, how different species react to it, that knowledge somehow is going to provide a greater base resource for people,” said Bronx Zoo director Jim Breheny.

‘No competition for testing’

Six other big cats at the zoo are being tested after showing symptoms, including Nadia’s sister Azul, two Amur tigers and three African lions.

Breheny said the zoo had received several inquiries as to the testing process and whether it may have taken away from human testing in New York City, the hardest-hit area in the US with more than 3,000 people dead due to complications from the virus.

“The COVID-19 testing that twas performed on our Malayan tiger Nadia was performed in a veterinary school laboratory and is not the same test as is used for people,” said Bronx Zoo chief veterinarian Paul Calle.

From Dr. Paul Calle, Bronx Zoo chief veterinarian; “The COVID-19 testing that was performed on our Malayan tiger Nadia was performed in a veterinary school laboratory and is not the same test as is used for people.

“You cannot send human samples to the veterinary laboratory, and you cannot send animal tests to the human laboratories, so there is no competition for testing between these very different situations.”

US officials have suggested that the although some animals, including households pets, may be susceptible to the novel coronavirus, there is no evidence to show that the animals can pass on the pathogen to humans by way of contact.