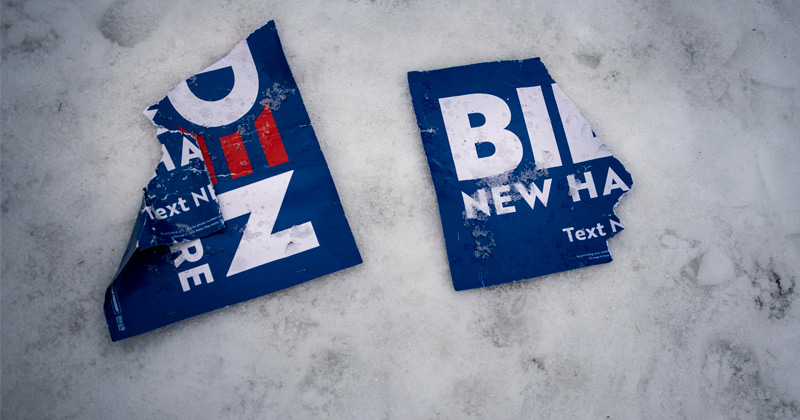 President Trump survived the impeachment attempt and seems not to be suffering too greatly in the polls because of it.

His monthly approval for January slipped by one point down to 48%, but this is still four points up from January of 2019. Congress, on the other hand, seems to be doing quite poorly in public opinion polls. The impeachment trial appears to have been a busted flush. Just 10% of voters have changed their minds on whether the president should be removed from office, and 84% report no shifting of position.

Perhaps it was the Senate trial, perhaps it is the lackluster presidential hopefuls casting a bad light on their party; either way, Democrats have had a week of suffering. Adding in the Iowa debacle, it is easy to see why polling numbers for leading Dems and 2020 contenders have taken a dive.

What The Gamblers Say

As with most things, if you follow the money, you can’t go too far wrong. This is a selection of the odds for key races and events.

After toppling Joe Biden in the betting odds two weeks ago, Bernie Sanders’ polling has finally caught up with the cash money players. A solid showing for the Vermont senator in the Iowa Caucus has given him a firm lead to win the nomination, but even more important is the drastic fall taken by Biden. Previously thought to be the major contender, the former VP is now in third position on a dispiriting 9/2 having been overtaken by Michael Bloomberg.

Bloomberg gained a point and a half, putting him within grasping distance of the runaway Bernie train despite not taking part in the early primaries and caucuses. Pete Buttigieg had a strong Iowa showing and has increased his odds dramatically from 16/1 to 11/2 in the last two weeks.

While the president maintains his strong lead to recapture the White House, Democratic hopefuls are having a tougher time. Sanders has replaced Biden in the number two spot, but at 5/1, this is still major outsider territory. It is likely that Trump will solidify his position as the more radical intersectionalist voters realize that not only do they not have a person of color to vote for, they also don’t have any women in the running.

Elizabeth Warren is now drowning on 33/1, with Amy Klobuchar and Hillary Clinton appearing on the list at 80/1. It’s difficult to see those who rate intersectionality above all else getting excited about any of the white male septuagenarians in the running. In fact, of the top four contenders, President Trump is the youngest.

Michael Bloomberg has toppled Joe Biden to gain third position, proving that spending nine times the amount raised by the DNC in 2019 is certainly enough to buy yourself a place at the top table.