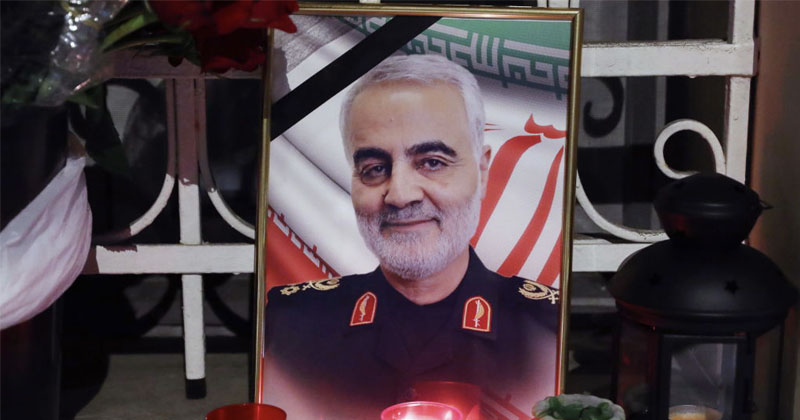 How’s this for bad timing?

In a list consisting mostly of foreign dignitaries that are known to only a handful of people in the UK, US and the rest of the English-speaking world, the Times of London named now-deceased Iranian General Qassem Suleimani to its list of “Twenty faces to look out for in 2020.”

But the highlight (at least, in hindsight) will likely be Suleimani, who is included as the list’s final entry. In the description, Times’ writer Richard Spencer claims that 2020 could be the year that the long-serving general finally “cement[s] his reputation as the Machiavelli of the Middle East – or prove that even the smartest operators can suffer hubris”.

Moving on, Spencer writes that the Iranian general was already well-known to intelligence agencies as “the guiding force of Iran’s cross-border operations.”

Offering a massive dose of irony, the Times noted how Suleimani’s movements are “well-signalled” due to his status as a celebrity general, who “even poses for selfies” with militia leaders across the region.

Spencer noted that Suleiman had succeeded in making Iran’s long-held dream of a “land corridor from Tehran to the Mediterranean” a reality (such a stretch is apparently controlled by Iran-backed militias, from Iraq, to Lebanon, and everywhere in between (Syria).

Finally, it was noted that Suleimani’s popularity had taken a dive in the months and years before his death, evidenced by the protests in Iraq and Lebanon over Iran’s growing influence.

The piece concluded by claiming that “if General Soleimani can hold the line, he will have shown he deserves the trust of Iran’s Supreme Leader.”

Since his death, the general has been cited by pundits as a potential successor to the Ayatollah.

This will be the year in which a slight, grey-haired general will cement his reputation as the Machiavelli of the Middle East — or prove that even the smartest operators can suffer hubris (Richard Spencer writes).

A decade ago, Qassem Soleimani was already known to intelligence agencies as the guiding force of Iran’s cross-border operations. He was the link man to Hezbollah in Lebanon and it was he who masterminded the strategy whereby a “resistance” movement based on Shia militias bombed and shot British and American troops out of Iraq.

Now his movements are well-signalled. As head of the al-Quds Force, the overseas arm of the Revolutionary Guard, he backs militia leaders across the Levant and Yemen, and even poses for selfies with them.

Deftly reacting to the Syrian war, American uncertainty and the conflict against Isis, he has established Iran’s long-held dream of a land corridor from Tehran to the Mediterranean, controlled by loyal militias.

But he is experiencing resistance. Popular protests in Lebanon and Iraq may not have been hostile to Iran when they began but, seeing them as a threat, Major-General Soleimani has taken action. He has been to Baghdad at least twice, summoned militia leaders and pro-Iran politicians, and ordered them to stand firm. In Lebanon, where Iran’s ally Hezbollah has tried to market itself as a nationalist force, he has been more subtle.

A recent opinion poll, though, suggested that Hezbollah had lost support rapidly from the Christian and Sunni communities, even as more of Iraq’s Shia population turn against Iran.

If General Soleimani can hold the line, he will have shown he deserves the trust of Iran’s Supreme Leader, Ayatollah Ali Khamenei.