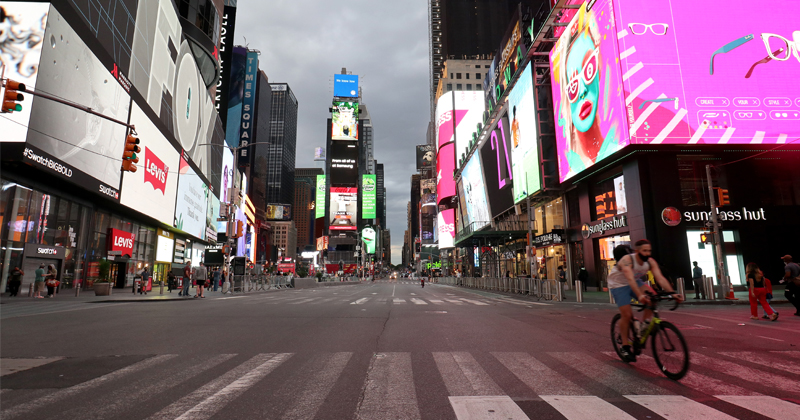 Hilton Times Square is the latest causality of the virus-induced downturn that has crushed the global hospitality industry.

A filing with the New York State Department of Labor on Aug. 31 said the iconic 478-room hotel situated on 234 West 42nd Street would ‘permanently close’ on Oct. 1.

WSJ reached out to Sunstone Hotel Investors Inc., the real estate investment trust which manages the hotel for more color on the upcoming closing.

A Sunstone spokesperson responded in an emailed statement by indicating the filing to New York state officials “was not intended to imply that there is a permanent closure.”

The spokesperson said the filing was intended to inform state officials that layoffs would be seen in the coming months as a result of the closing, adding that a “definitive reopening date has not been determined or established and will be impacted by negotiations with our lender, as well as market conditions.”

Last month, Sunstone revealed in an SEC filing that it had missed several months of mortgage payments on the property. The REIT has at least $77 million mortgages coming due on the property in November. It wrote down the value of the property by $107.9 million, to $61.3 million.

The closure of the hotel is an ominous sign of how the virus pandemic has wrecked not just the New York City hotel market but the worldwide travel industry.

A slow recovery is expected for the worldwide hotel industry, with a full recovery not expected until the midpoint of the decade. Readers may recall as travel and tourism remains in a bust cycle, the next Big Short, or Big Short 3.0, is CMBX 9. This is what we wrote:

… with CMBX 6 now done, keep a close eye on CMBX 9. With its outlier exposure to hotels which have quickly emerged as the most impacted sector from the pandemic, this may well be the next big short.

CMBX 9 has the highest concentration of hotel loans with 16.7%…

Could the closure of Hilton Times Square be the domino that ripples across the industry?

Alex Jones exposes the mail-in ballot fraud that the Dems will use in an attempt to steal the election.