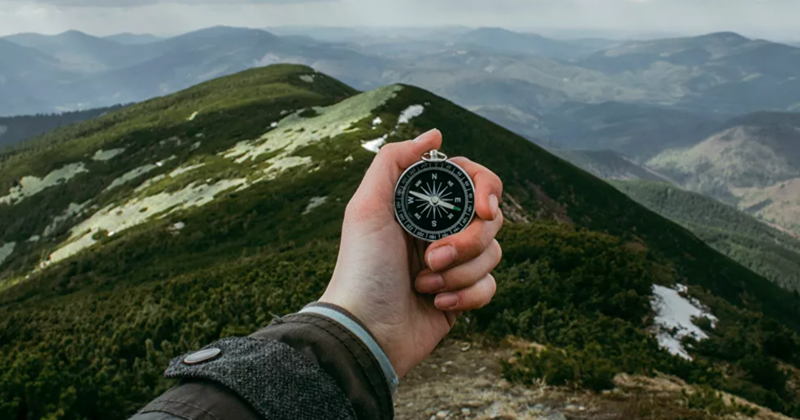 Geologists from around the world began expressing concerns about the state of the planet’s magnetic field last year amid the rapid move of the magnetic north pole out of the Canadian Arctic toward Russia.

Earth scientists from the University of Liverpool’s Geomagnetism Laboratory have discovered that the South Atlantic Anomaly – the area between South America and southern Africa where the magnetic field is significantly weaker than anywhere else on the planet, has likely been that way for millions of years, and therefore probably isn’t a sign of a coming reversal of the planet’s magnetic poles.

In an article in the peer-reviewed Proceedings of the US National Academy of Sciences journal, the researchers studied volcanic rocks from Saint Helena – a remote island in the south Atlantic in the center of the anomaly that’s best known as the place where Napoleon Bonaparte was exiled in 1815 after the Battle of Waterloo. 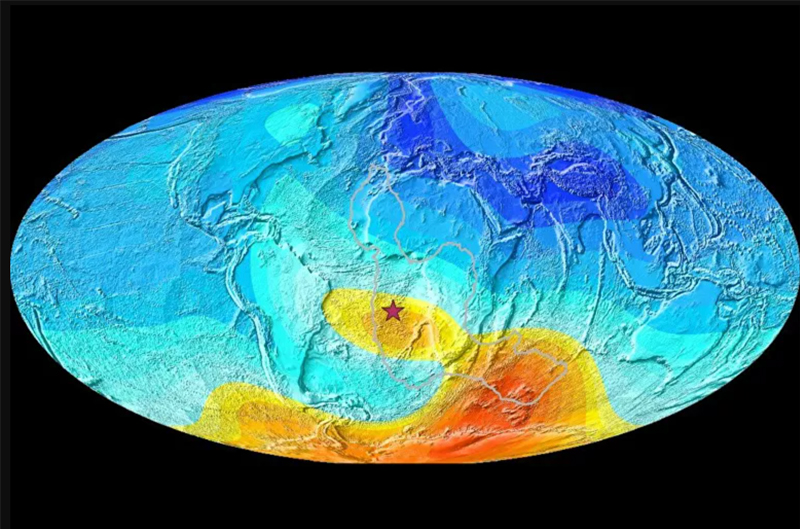 A map of the Earth showing the present-day deviation from expected magnetic field direction. Strong deviations are in yellow-orange, and little deviations are in blue. The star is Saint Helena, an island that is right in the anomaly. The grey line shows the outline of the seismic area that is warmer than the rest of the mantle. PHOTO : Dr. Yael Engbers, University of Liverpool

Studying samples of cores of volcanic rocks from the island, which preserved within them grains of magnetised iron-oxide that showed the direction and strength of Earth’s magnetic field at the time they were formed, the researchers discovered that this particular region of the planet seems to have had an unstable magnetic field for millions of years, and not merely centuries, which would indicate the possible start of a magnetic reversal.

The Liverpool researchers’ findings are significant, since a magnetic pole reversal, estimated to have taken place every few hundred millennia over the past 20 million years, and last occurring about 780,000 years ago, might have major consequences for human civilisation, potentially weakening the world’s natural magnetic shield and leaving humanity’s electrical power grids, not to mention our flesh-based bodies, vulnerable to solar flares and other space-based phenomena.

First discovered in 1958, the South Atlantic Anomaly has long been seen as a potential problem area for man-made infrastructure, with satellites and other spacecraft which pass through the region effectively entering the Van Allen radiation belt and becoming bombarding by strong doses of radiation, leading to glitches and the premature wear and tear of equipment, according to NASA. The so-called “reverse flux patch” at the core-mantle boundary in the South Atlantic, which leads to irregular external magnetic fields, is also known to have grown in size over the past two and a half centuries.

But What’s Causing the Anomaly?

In an article in The Conversation, Dr. Andrew Biggin of the University of Liverpool and PhD candidate Yael Annemiek Engbers, two of three authors of the new PNAS study, explain that there are two possible causes for the South Atlantic Anomaly.

“Underneath Africa there is a large feature in the lowermost mantle where the waves move extra slow through the Earth – meaning there’s most likely an unusually warm region of the lowermost mantle. This possibly causes a different interaction with the outer core at that specific location, which could explain the strange behaviour of the magnetic field in the South Atlantic,” the researchers note.

But there’s another possible culprit, according to Biggin and Engbers – the Earth’s inner core.

“This solid feature is slowly growing, but not at the same rate everywhere. There is a possibility that it is growing faster on one side, causing a flow inside the outer core that is reaching the outer boundary with the rocky mantle just under the Atlantic hemisphere. This may be causing irregular behaviour of the magnetic field on the long timescales we found on Saint Helena,” the scientists explain.

The Liverpool University scientists’ findings are good news for those fearing an imminent flip in the Earth’s magnetic poles. Last year, researchers from the US National Oceanic and Atmospheric Administration and the British Geological Survey updated the coordinates of the magnetic north pole a year ahead of schedule after finding that it was leaving the Canadian Arctic and moving toward Russia’s Siberia at a rate of over 55 km per year, up from less than 15 km per year in 2000. Scientists have sought to calm fears, assuring that a pole flip wouldn’t be taking place any time soon, and would take as much as a thousand years to complete when it does happen, thereby hopefully mitigating any negative impact.