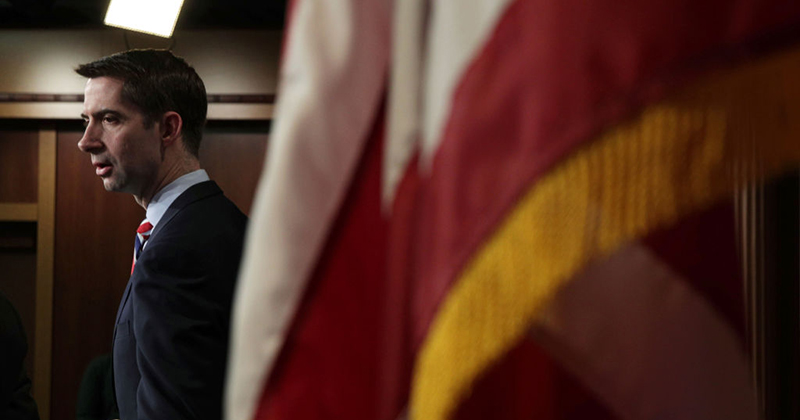 Sen. Tom Cotton (R-AK) and Rep. Dan Crenshaw (R-TX) introduced a bill on Thursday that would allow Americans to sue China in federal court for “death, injury, and economic harm caused by the Wuhan Virus.”

“By silencing doctors and journalists who tried to warn the world about the coronavirus, the Chinese Communist Party allowed the virus to spread quickly around the globe,” Cotton, an Army veteran, said in a statement.

“Their decision to cover up the virus led to thousands of needless deaths and untold economic harm. It’s only appropriate that we hold the Chinese government accountable for the damage it has caused,” he added.

The bill, dubbed ‘‘Holding the Chinese 5 Communist Party Accountable for Infecting Americans 6 Act of 2020,” asserts that covering up the virus and causing it to spread faster or further than it otherwise would have can be considered a tortious, wrongful act.

Owen breaks down how the democrats and the left are trying to rewrite history and blame President Trump for the coronavirus outbreak.

The bill could give the United States more leverage to get China to pay for damages it has caused or come to an agreement on settling the claims.