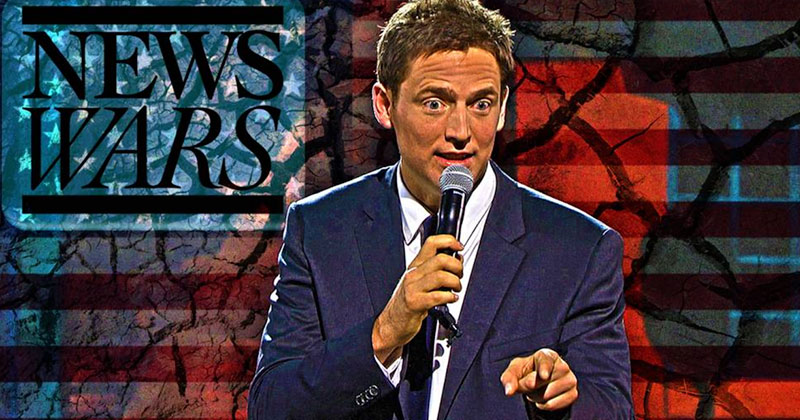 Ladies and gentlemen, we finally have proof corrupt elements within the US and the UK, in coordination with George Soros groups, are working with the fake news media to make fake stories not just to de-platform people, but to put them in prison.

After he held a demonstration at BBC headquarters Sunday where thousands gathered to protest the fake news BBC’s Panorama investigation of him, Tommy Robinson released his #Panodrama documentary exposing how the network worked with radical far left organizations to “take down Tommy Robinson.”

The documentary catches BBC employees “blackmailing” former Robinson associates “to invent stories,” as well as BBC employees “caught on camera suggesting they could edit” Robinson’s conversations to create #MeToo-style allegations against him.

On Tuesday – a day after #Panodrama debuted on YouTube – Tommy’s profiles were deleted off Instagram and Facebook, where he had over a million followers, for allegedly violating their policies on hateful conduct. He was banned off of Twitter last March for similar violations.

Alex Jones interviewed Tommy about the ongoing crackdown on free speech with Robinson being a key example of how the establishment wants to not only silence opposition voices but put them in jail.

Tommy Robinson has been banned on Facebook and Instagram for “hate speech,” but the timing appears convenient since his recently released documentary exposed a plot by the BBC to commit a false flag to blame on Robinson.