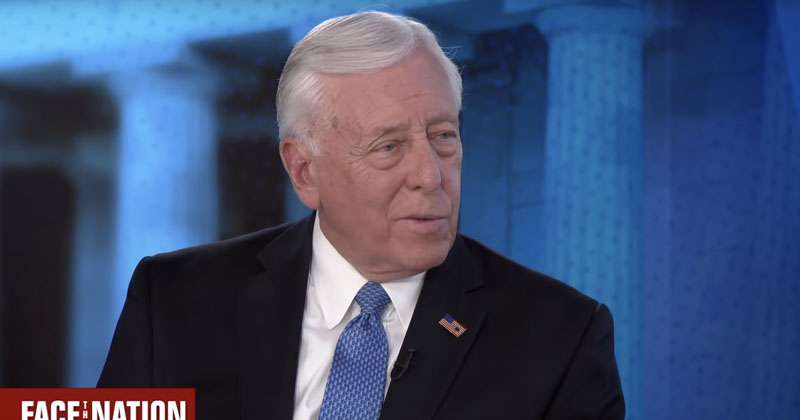 House Majority Leader Steny Hoyer inadvertently admitted that the “truth and facts” behind the Democrats’ impeachment effort against President Trump is preventing them from moving forward with the sham process.

Appearing on CBS’ Sunday program Face The Nation, Hoyer tried to assure host Margaret Brennan that public impeachment hearings would take place “relatively soon” despite Democrats slow-walking their closed-door “investigation” of the informant ie whistleblower at the center of the Ukraine hysteria.

“Time is not constraining us, the truth and the facts are constraining us,” Hoyer confessed when asked when Democrats are expected to move along in their quest to remove Trump.

“We are going to move as soon as the facts and the truth dictate that we have,” he added.

So far, the truth and facts have not boded well for Democrats in their new impeachment push.

First, reports emerged that House Intelligence Committee Chairman Adam Schiff (D-Calif.) had been in contact with the national security informant before he had filed a formal complaint against Trump’s phone call with Ukraine President Zelensky.

Then, Trump released the transcript of the very conversation Democrats were hoping to twist into a crime, which turned out to contain nothing illegal or even improper.

Finally, the informant, believed to be a CIA Obama holdover named Eric Ciaramella, has reportedly worked for former CIA Director John Brennan, former Vice President Joe Biden, and was even involved in cooking up the fake Steele dossier in 2016.

Given these facts, it’s no wonder the Democrats have been reluctant to reveal all the details of their close-door investigation other than their selective leaks.

John Kiriakou, a whistleblower on immoral & illegal CIA torture, explains the difference between “whistleblower” and a partisan “anonymous source”.