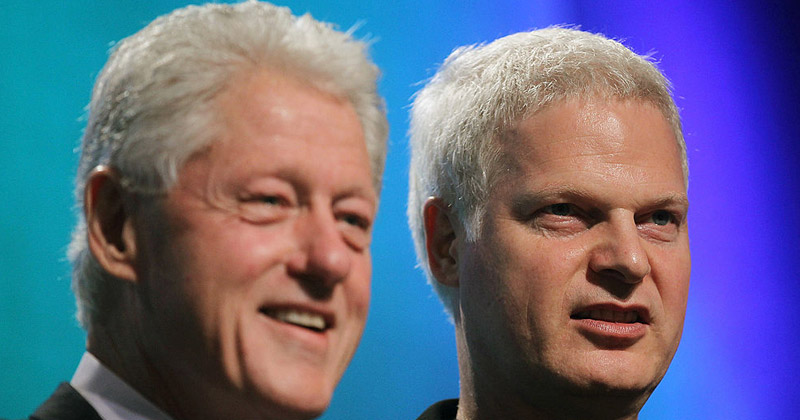 Bing, 55, fell to his death from a high-rise building in Century City, according to a law enforcement source who was not authorized to comment. Foul play is not suspected.

A spokesperson for the Los Angeles Police Department said it responded to a call around 1 p.m. regarding the death of a man in his 50s in the 10000 block of Santa Monica Boulevard in Century City.

Bing inherited $600-million from his grandfather when he was 18 and went on to produce several Hollywood films and marry two women respectively, including Lisa Bonder and Elizabeth Hurley, both of whom he fathered children with. Hurley’s son, Damian, won a case last July to inherit some of Bing’s fortune.

More from the Daily Mail:

A one-time Vegas high-roller and strip-club aficionado who was ‘dedicated in equal parts to philanthropy, politics and women’, Bing used his wealth to immerse himself in the glamour of Hollywood, producing films such as Get Carter, starring Sylvester Stallone, and Polar Express, with Tom Hanks.

Bing was also reportedly friends with deceased pedophile Jeffrey Epstein, and Bill and Hillary Clinton, at one time giving millions to the Clinton Foundation and the DNC.

Bing was well known for contributing large sums to political causes. He donated $1 million to the DNC to help fund the 2000 convention in L.A., spent an estimated $50 million to campaign for an oil production tax in 2006, and gave at least $10 million to Bill Clinton’s foundation. Bing reportedly also paid for the plane used by Clinton to rescue journalists Laura Ling and Euna Lee from North Korea in 2009. Both Clinton and Bing were part of a hard-partying group that included [billionaire Ron] Burkle and Jeffrey Epstein.

I loved Steve Bing very much. He had a big heart, and he was willing to do anything he could for the people and causes he believed in. I will miss him and his enthusiasm more than I can say, and I hope he’s finally found peace.

“I loved Steve Bing very much,” former Bill Clinton wrote on Twitter Monday. “He had a big heart, and he was willing to do anything he could for the people and causes he believed in. I will miss him and his enthusiasm more than I can say, and I hope he’s finally found peace.”

Bing also had connections with billionaire globalist Bill Gates, according to the Daily Mail.

In April 2012, Bing joined the Giving Pledge – a program established by Bill Gates and Warren Buffett to commit multi-millionaires and billionaires to donate most of their wealth to charity during their lifetimes.

Through the Bill Gates Foundation and their loyalists, the New World Order has taken the reigns of government from president Trump