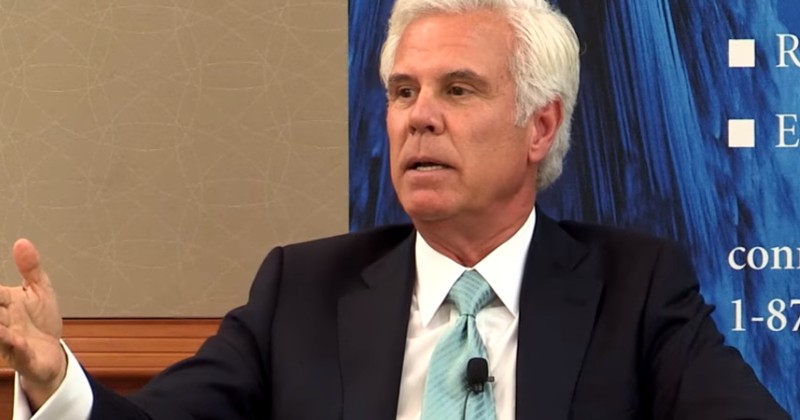 New Jersey Democrat George Norcross is amazed that his party is running on a platform of legalizing and giving free health care to up to 22 million illegal immigrants, asking, “Why is the Democratic Party supporting criminals that are here illegally?”

The recently resurfaced comments were made at a Camden County Chamber of Commerce event.

“I have at times told people in Washington, whether it was Majority Leader Harry Reid or Nancy Pelosi: ‘Why is the Democratic Party supporting criminals that are here illegally,'” asked Norcross.

“If you’re a criminal, you do not belong here. And the American public doesn’t want it. Why do we as a party support that? I don’t understand it. And that’s why the Democratic Party has not been attractive to certain elements of the working class of our country,” he added.

Norcross’ remarks again highlight the mystery as to why nearly every Democrat running for president has advocated an open border amnesty while indicating that Americans will be forced to pay for illegals’ free health care.

The Democrats’ move to embrace and normalize fringe voices within the party, such as Alexandria Ocasio-Cortez and Ilhan Omar, doesn’t look like it will be a successful election strategy.