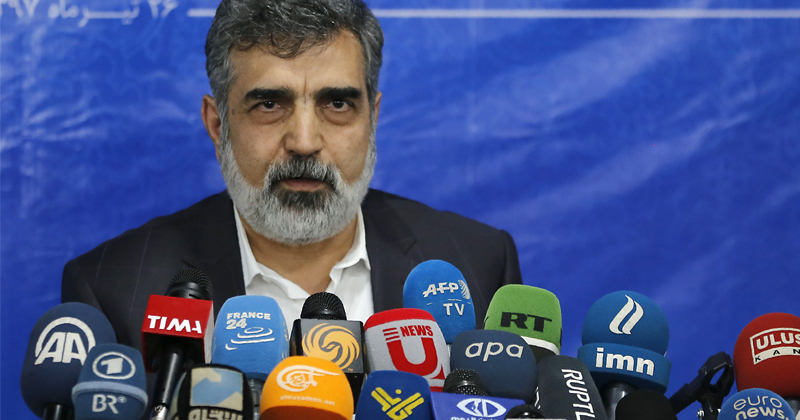 For the first time, a top Iranian nuclear official has described the July 2nd fire at Natanz nuclear facility as sabotage, and not due to an accident.

“The explosion at Natanz nuclear facility was a result of sabotage operations,” Behrouz Kamalvandi, a spokesman for Iran’s Atomic Energy Organization announced Sunday. “Security authorities will reveal in due time the reason behind the blast,” he added.

Recall that before and after the fire which caused severe damage, setting back the development of advanced uranium enrichment centrifuges, there was a series of ‘mystery’ explosions and fires at various military and industrial sites across Iran, raising suspicions of a major Israeli or even US-backed covert campaign to destabilize the country’s defense infrastructure.

But the Natanz incident stood out as the most likely to have been the result of covert sabotage operations, with even The New York Times citing intelligence sources to say it was the result of “a powerful bomb”:

“A Middle Eastern intelligence official with knowledge of the episode said Israel was responsible for the attack on the Natanz nuclear complex on Thursday, using a powerful bomb,” NYT wrote last month.

“A member of the Islamic Revolutionary Guards Corps who was briefed on the matter also said an explosive was used,” the report added.

Iranian media has at the same time suggested a cyber-attack by outside entities, but has stopped short of naming the US or Israel, while also quoting Iranian leaders as saying they would retaliate if proven.

Iranian authorities have until now kept mum on their suspicions in the midst of an investiation; however, they have assured Iran’s enemies on repeat occasions that retaliation is coming, possibly in the form of cyber-warfare or other sabotage against Israel or the US.