Trump wants to get rid of Sessions and many Republicans, including Lindsay Graham, are on board with the plan.

The Obama-ran sector of the shadow government is making moves against Trump and his allies.

Meanwhile, Apple’s Tim Cook and Virginia Senator Mark Warner have chosen Alex Jones as the main target to serve as a smokescreen while they begin mass censorship.


President Trump is poised to launch his counterattack against the establishment, where he will fire inept Attorney General Jeff Sessions, purge the traitorous moles within the Deep State and declassify the much sought-after redacted information pertaining to Hillary Clinton’s email investigation and the phony “Russia collusion” probe.

Emergency Report: Trump Has 72 Days To Stop The Globalists


Trump Must Declassify The Sins Of The Deep State NOW!


Experts: Attacking Trump Will Only Make His Barrier Go Down And People Should Be Afraid


Who Is The Real Robert Mueller? Hitman For The Deep State? 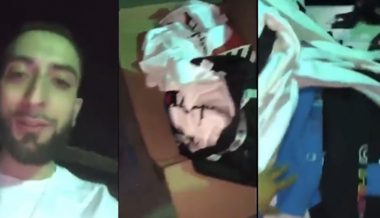