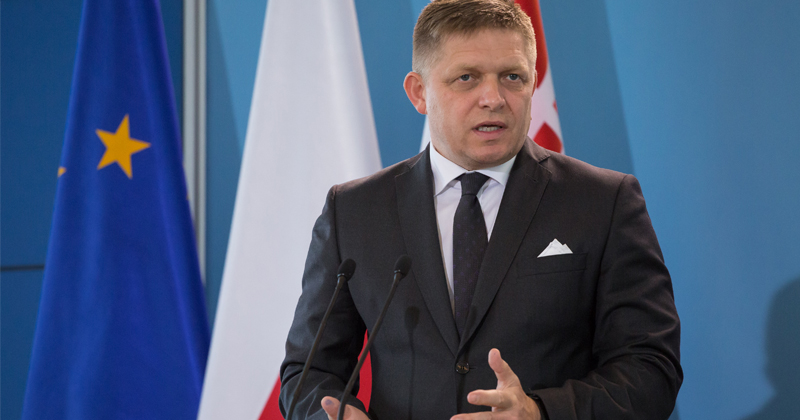 A top Slovak political party official said his country should bring its gold home because even its allies cannot be trusted with it.

Ex-Premier Robert Fico chairs the biggest party in Slovakia. Last week, he called for a special parliamentary session on the country’s gold. He said the country’s gold reserves are not safe in England because of Brexit and the possibility of a global economic crisis.

Fico said you can hardly trust even your closest allies after the Munich Agreement, referring to the 1938 pact that allowed Hitler to annex part of Czechoslovakia.

“I guarantee that if something happens, we won’t see a single gram of this gold. Let’s do it as quickly as possible.”

The National Bank of Slovakia holds 31.7 tons of gold valued at around $1.4 billion.

Slovakia could follow the lead of Poland. Earlier this month, the National Bank of Poland announced that it had completed the repatriation of 100 tons of gold from London. NBP Governor Adam Glapiński said the gold “symbolizes the strength of the country.”

A number of central banks have been aggressively increasing their gold reserves over the last couple of years, including three in Eastern Europe. Poland began accumulating gold last year and added 100 tons of the yellow metal to its hoard through the first half of 2019. That brought the country’s total reserves to 228.6 tons, according to a statement issued by the National Bank of Poland.

“Gold is the ‘most reserve’ of reserve assets: it diversifies the geopolitical risk and is a kind of anchor of trust, especially in times of tension and crises.”

Serbia added 9 tons of gold to its reserves in October, and late last year, the Hungarian central bank announced it boosted its gold reserves 10-fold.

Through September, central banks had purchased 547.5 tons of gold on a net basis in 2019, with Russia leading the way. That represents a 12% increase year-on-year. This continues a trend we saw through 2018. In total, the world’s central banks accumulated 651.5 tons of gold last year. The World Gold Council noted that 2018 marked the highest level of annual net central bank gold purchases since the suspension of dollar convertibility into gold in 1971, and the second-highest annual total on record.

Slovakia could join a number of other countries that have moved to bring their gold home in recent years. Joining Poland, both Hungary and Romania in Eastern Europe have announced plans to repatriate their gold. In the summer of 2017, Germany completed a project to bring half of its gold reserves back inside its borders. The country moved some $31 billion worth of the yellow metal back to Germany from vaults in England, France and the US. In 2015, Australia announced a plan to bring half of its reserves home. The Netherlands and Belgium also launched repatriation programs. Even the state of Texas has put a plan in place to bring its gold within state borders.

Gold repatriation underscores the importance of holding physical gold where you can easily access it. As the saying goes, if you can’t hold it, you don’t really own it.

Gold-backed exchange-traded funds (ETFs) and “paper gold” have their place. But true security and stability come from physical possession of precious metals. If you can’t hold it in your hand, you don’t really possess it. That’s exactly why these countries are bringing their gold home, safe within their own vaults.