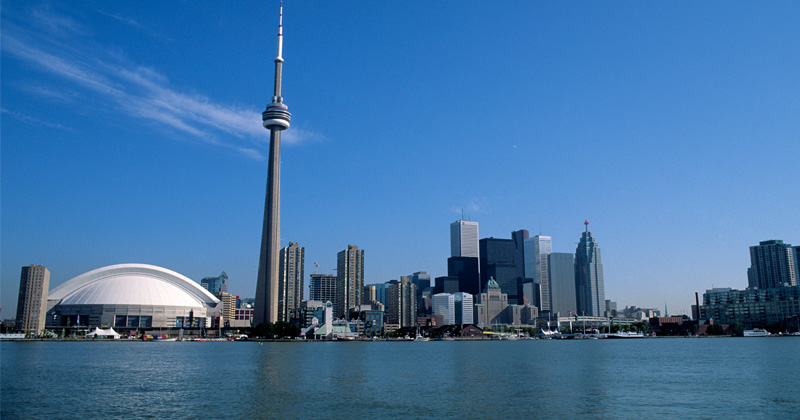 It has become almost generally accepted that politicians break their promises.

Whether it is to balance the budget or achieve an ambitious goal outlined in their campaign platforms, the electorate already anticipates that they will always fall short of their pledges. By now, we don’t even get angry about it – we’re immune to disappointment. For once, however, folks in the province of Ontario and economists with “I told you so” tattoos on their foreheads might be glad that their conservative premier broke a promise.

Renting in The Six

Trying to find a place to live in the city of Toronto is about as tormenting as being a fan of the Maple Leafs hockey team. You cannot go anywhere in North America’s fourth-largest city without listening to musings on housing and public transit, two issues that prevent the Big Smoke from living up to its distinction of being a so-called world-class city.

While transit is still backlogged, the pressure in the real estate market is being alleviated, at least from the rental side of the market.

According to a new study by Urbanation, an influx of new rental supply is hitting the Toronto market, raising the vacancy rate to a four-year high of 1.5% in the second quarter. The report found that rent increases fell from 10.3% to 7.6% last year for a 794-square-foot apartment and nine buildings with more than 3,000 units began occupancy in the 12 months ending June.

Study authors say there are several factors at play, such as deferrals for development charges and an increase in low-cost construction loans from the Canada Mortgage & Housing Corporation. But there is one factor that is sticking out like a sore thumb: the removal of rent controls.

When Ontario Premier Doug Ford decided to run for provincial office, he said that he wanted the market to decide rents, not the government. After he received some pushback on this issue, he said last summer on the campaign trail: “I have listened to the people, and I won’t take rent control away from anyone. Period. When it comes to rent control, we’re going to maintain the status quo.”

Well, in November 2018, the Progress Conservatives announced that they will eliminate rent controls as part of efforts to open up the rental market. Finance Minister Vic Fedeli stressed that the policy change only applies to new buildings:

“To be very, very clear, existing buildings continue to have their rent-controlled, this is for new builds and I would expect that buildings that are started fresh.

Everybody who is an existing tenant today is protected. But the challenge for the future is there is no supply, once rent control was put in, the supply dried up. So the number one thing a government can do to bring in new supply is to open the market.”

So far, it is working.

Up until now, most of the cranes in the sky have been utilized primarily for condominiums. You cannot walk throughout the city – uptown or downtown – without coming across construction projects. Despite the immense number of condos being erected, the supply is still not enough to meet demand, causing the price of a two-or three-bedroom unit to skyrocket beyond the average Canadian home.

Thanks to the elimination of rent controls on new builds, Torontonians are beginning to witness relief in the rental market. By why do they play such an important part in the housing sector?

When the government mandates the price of rent below market-clearing levels, investors, property owners, and landlords have little incentives to create new supply and maintain properties beyond the very basics. This explains why builders are constructing condos and not apartment buildings, or why landlords are converting their mid-rise rentals into luxury suites.

Also, when the state places a ceiling on how much property owners can raise monthly rents, the tenants have an incentive to never leave. Some people will just chain themselves to the radiator so they can never leave and enjoy below-market rates. This makes it even harder to find a place to live because everything has been taken – former Rep. Charlie Rangel (D-NY) used to occupy three rent-controlled suites.

Beware the Hand of Man

Anytime the state proposes some type of controls on a commodity, whether it is price or production, beware. History has shown these controls always fail. Former President Richard Nixon targeted lettuce, Argentina homed in on tomatoes, Venezuela declared war on bread, and jurisdictions worldwide have placed ceilings on rents. What followed afterward was textbook: shortages. A shortage of bread in Caracas and a shortage of rental housing in major cities. Now that Ontario has scrapped rent controls, you are already seeing a sudden impact. Hooray for economics!

Constitutional Lawyer Norm Pattis joins Alex Jones live in studio for a behind-the-scenes interview about we can do to save the First Amendment as the political establishment try to completely destroy free speech.