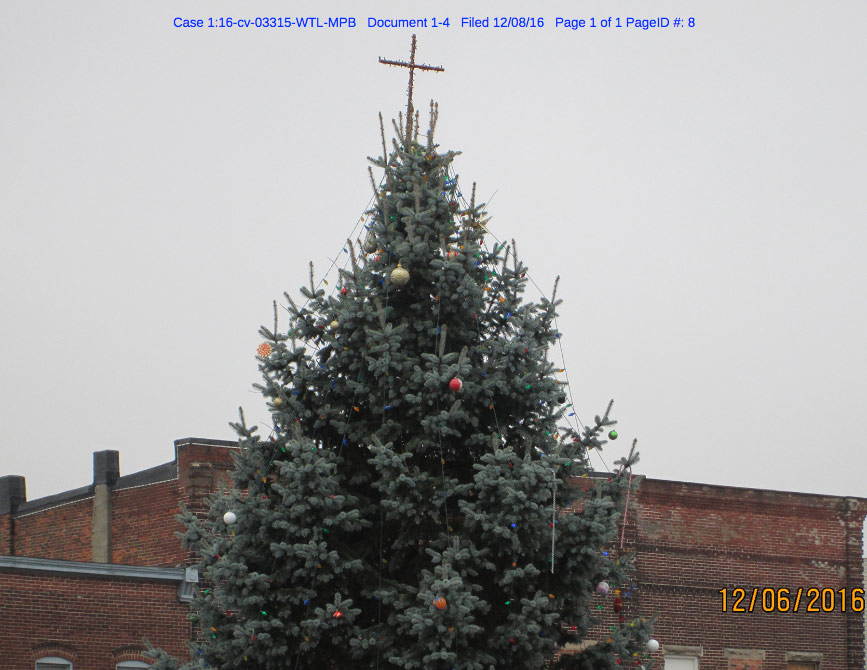 Indiana residents are defying a lawsuit from the American Civil Liberties Union challenging a cross that tops a Christmas tree in their town square.

Knightstown residents were upset after the ACLU filed a lawsuit on behalf of resident Joseph Tompkins, who claimed the lit cross atop the evergreen tree in the town square violates his First Amendment rights.

“There are no other holiday decorations on the square,” the lawsuit, obtained by Infowars, states. “The cross is the best known symbol of Christianity and Knightstown’s prominent display of this symbol represents an establishment of religion in violation of the First Amendment to the US Constitution.” 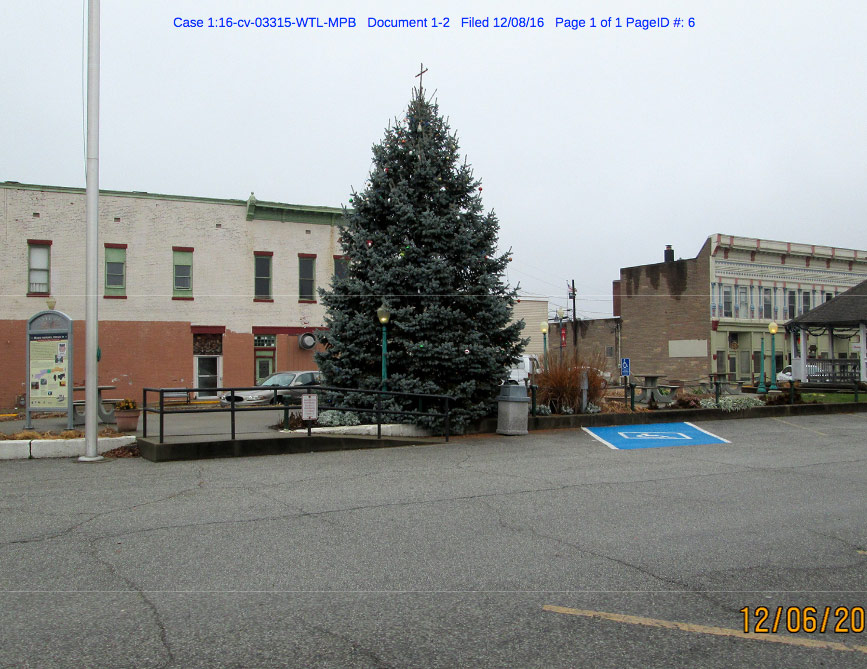 Tompkins, the lawsuit claims, “strongly objects to this display as he believes that government should not be establishing religion of any kind,” and “objects to any of his tax dollars going to pay for the erection or maintenance of the display or the lighting of it.”

In addition to court costs and lawyer fees, the plaintiff is also seeking a preliminary injunction that would require Knightstown “to remove the Latin cross currently on display on Town property.”

But many in the town aren’t having it.

“Just because one person’s offended, doesn’t mean they have to take away one particular thing,” resident Cynthia Sturgill told Fox59.

Sturgill added: “To me it’s not a religious display. It’s not all about just Christianity. It’s about memorial, loss of family, loved ones, the veterans. The Jefferson Memorial has tons of crosses, millions of crosses for veterans.”

Now townsfolk are making it clear they side with the cross, with one resident even creating hundreds of wooden crosses to give out for free.

“To declare their support for the tree topper, hundreds of people in Knightstown have put crosses up in their yards, stores, windows and even cars,” reports Fox59.

“I hope they make people realize that we should speak up for what we believe in and stand up for it and not be pushed around,” says Patricia Hutson, the woman who created the free crosses.

Residents are aware if the town loses the case they will have to remove the cross, but they’re hoping their solidarity will encourage Tompkins to drop the lawsuit.

Check out the lawsuit against Knightstown below: