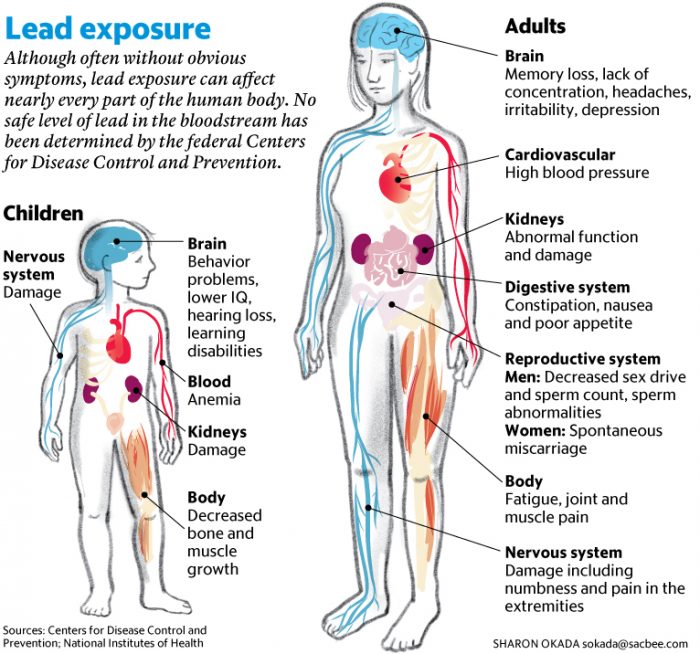 The Environmental Defense Fund released a study in June, 2017, showing the presence of detectable levels of lead in a surprising number of baby food samples tested over a decade-long period.

For the study, the EDF evaluated data collected by the FDA between 2003 and 2013. They collected 2,164 baby food samples and found that:

The group said in the report:

“Eight types of baby foods had detectable lead in more than 40 percent of samples. Baby food versions of apple and grape juices and carrots had more samples with detectable lead than the regular versions.”

“The levels we found were relatively low, but when you add them up — with all the foods children eat … it’s significant.”

None of the samples exceeded the FDA’s allowable level of lead, which is good, but does it really matter? Many argue that there is no “safe” level of lead exposure, and the agency is in the process of reviewing its standards over concern that they don’t reflect the latest science about the potential health risks.

Exposure to Lead can be Quite Serious

Lead poisoning in children is extremely serious. It most often occurs when the heavy metal builds up in the body over time, often months or years. Even small amounts can cause severe and irreversible effects on a child’s mental and physical development. So it’s important to consider lead exposure, especially since it is present in small amounts everywhere – not just in baby food.

“The levels we found were relatively low, but when you add them up — with all the foods children eat … it’s significant.”

She added that the FDA has “old standards… and they haven’t been updated in decades.”

In 2012, the CDC updated its guidance on lead in children. Currently, it considers 5 micrograms of lead per deciliter of blood to be high in children. But, again, there is no safe level of lead. In fact, the CDC concluded that:

“Protecting children from exposure to lead is important to lifelong good health. No safe blood lead level in children has been identified. Even low levels of lead in blood have been shown to affect IQ, ability to pay attention, and academic achievement. And effects of lead exposure cannot be corrected.”

Pediatricians say children should eat a wide variety of fruits and vegetables, as this helps minimize the risk from a single food. Additionally, a diet high in iron, calcium, and vitamin C can limit the absorption of lead.

The problem of lead in grape juice is easy solvable: the American Academy of Pediatrics recently recommended that children under 1 should not drink any juice, and fruit juice for children of any age is unnecessary. Whole fruit is better, nutritionally.

What is unclear is how lead got into the products tested. If it comes from the soil, it can be absorbed by crops. If that’s the case, the lead “cannot simply be removed,” the FDA says in one of its fact sheets. But that’s worrisome, because the veggies contained the highest levels of lead.

“Eight types of baby foods had detectable lead in more than 40 percent of samples. Baby food versions of apple and grape juices and carrots had more samples with detectable lead than the regular versions.”

“The only thing parents can do right now is to reach out to their favorite brands and ask them what they are doing (to ensure products are lead-free).”

Lead paint is the #1 source of lead exposure in children, followed by water, then food.

The city of Flint, Michigan, has been wrestling with extremely high lead levels in its drinking water for nearly 2 years now, and in 2015 a state of emergency was declared over high levels of lead in children’s blood. However, in the case of Flint, the high lead levels occurred after the city switched its water source, which corroded pipes.

It’s clear that we need to tackle this issue on a larger scale to reduce exposure to this toxic heavy metal – especially for children.